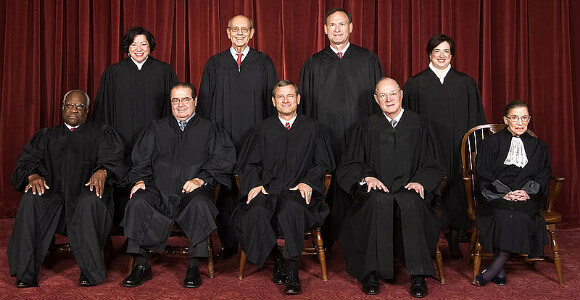 Should genes be patented or not? That’s the question currently facing the Supreme Court. Coming up with an answer that’s satisfactory to the researchers, doctors and patients who have a stake in the case is turning out to be as knotty as the genome itself. The decision reached will have a profound impact on how medical research is performed and how medical care is delivered.

Central to the discussions, which began April 15, are patents held by Myriad Genetics. The Utah-based biotechnology company discovered two genes, BRCA1 and BRCA2, that, when mutated are associated with higher risk for breast and ovarian cancer. After isolating the genes, Myriad patented them. As patents take 20 years to expire, the company has the sole rights to use the genes in breast cancer research, diagnosis and treatment.

A group of scientists and doctors are are now suing Myriad, arguing that the patents are invalid, that they hinder the ability to conduct research and treat patients. For their part, Myriad makes the case that, without the ability to patent the genes, incentives to study the genes and invest the enormous amounts of capital to develop breast cancer tests and treatment would be gone. Researchers say gene patents halt progress, Myriad says they’re vital to it.

Even more insidious to patients and physicians is Myriad’s BART test. The company’s original tests for BRCA1 and 2 tests missed about 10 percent of cancer-related mutations on the genes. So they devised a new method, the BART test, to pick up the other 10 percent – and charged another $650 to $700 to use it.

Those opposed to the patents often tell the story of Kathleen Maxian whose sister was tested with the original BRCA1 and 2 tests. The results were negative, leading the women in the family to think they weren’t at high risk for breast and ovarian cancers. When Maxian was diagnosed with ovarian cancer two years later, her sister was tested again by Myriad, this time with BART. The second test showed her to to have a very strong genetic risk of developing breast cancer and ovarian cancer. For whatever reason, the sister hadn’t known about BART. Aside from the extra money, many patients are outraged that Myriad doesn’t do the job all at once.


Patents are issued for inventions. But if that’s the case, how can a gene be patented? Genes are part of our DNA, they’re in our bodies and in our cells. They’re part of nature. How, then, can they possibly be patented? We may as well patent gravity.

The question that the justices are struggling to answer in the case, Association for Molecular Pathology v. Myriad Genetics, is whether or not genes are “products of nature” that cannot be patented or “human-made inventions” that can be.

Christopher A. Hansen, a lawyer for the American Civil Liberties Union, asked at the hearing, “…what exactly did Myriad invent? And the answer is nothing.” For Myriad’s lawyer, Gregory Castanias, it’s not as simple as that. He argues that genes are in fact not products of nature, saying “There was invention in the decision of where to begin the gene and where to end the gene.” To further support his position he offers an analogy, saying that a baseball bat can be patented even though it is essentially a part taken out of a tree.

In an attempt to pin down what are products of nature and what are inventions, Justice Samuel Alito proposes another analogy. “Suppose there is a substance…in…the leaves of a plant that grows in the Amazon, and it’s discovered that this has tremendous medicinal purposes. Let’s say it – it treats breast cancer.” And he asked if the leaves were patentable. To this, Hansen answered no they weren’t, if the leaves were eaten without being altered. But if the cancer-treating substance in the leaves were altered in a way to give it “a new function,” he argued, then it could be patented.

Justice Alito then questioned how the hypothetical substance in the leaves was different from isolated DNA, saying isolated DNA has a “very different function from the DNA that exists in nature.” Hansen did not agree.

Justices Elena Kagan and Antonin Scalia later turned the discussion to the consequences of preventing gene patenting, asking if we should be worried that companies might stop investing the time and money into developing tests and treatments. Hansen’s answer, “I think scientists look for things for a whole variety of reasons, sometimes because they’re curious about the world,” was not satisfactory to Justice Kennedy. “I just don’t think we can decide the case on the ground, oh, don’t worry about investment, it’ll come.”

The US isn’t the only country trying to find their way out of this messy litigation thicket. Australia’s Full Federal Court began hearings the same week to consider the validity of Myriad’s tests.

As with other products that companies sell, Myriad can put whatever price they want on their breast cancer tests. The question of what is nature and what is invention is a philosophical question with huge practical implications. The Supreme Court is expected to continue deliberating on the case until it delivers a decision June 30. When it does, researchers, doctors and patients will be listening closely.