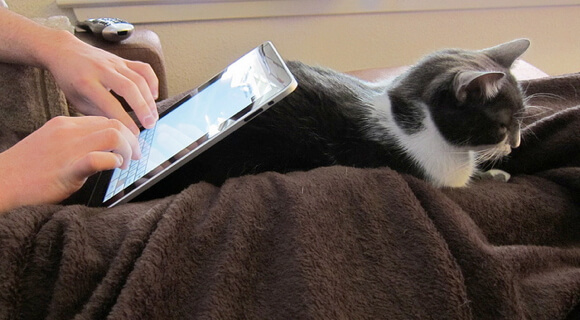 What’s going on with PCs? According to data provider IDC, worldwide PC shipments (laptops and desktops) declined -14% in the first quarter of 2013 compared to the first quarter of 2012. It’s the worst 12-month decline since IDC began covering the market in 1994, the fourth consecutive such drop, and almost twice the predicted -7.7%. Another data provider, Gartner, is sketching a similarly stark PC forecast in 2013, predicting a -7.6% decline in PC shipments this year.

Once the dominant market segment, PCs are fast becoming a niche market, and they’re being forced there by two Apple inventions less than five years old—the iPhone (2007) and the iPad (2010). In the (few) years since, competitors and customers have flocked to smartphones and tablets.

Despite declines in PC shipments, IDC says the overall “smart connected device” market continues strong growth. Smartphone shipments chalked +46% annual growth in 2012 and accounted for 60% of all smart connected device shipments. Tablets are a smaller slice of the pie, but they’re the fastest growing segment (+78% in 2012). (Although not labeled as such in the chart, presumably, smartphones are represented in yellow.)

Gartner believes the changes aren’t being “induced by a more austere economic environment” but are instead “a reflection of a long-term change in user behavior.” The quarterly decline in PCs wasn’t isolated to one particular region—there was weakness in Asia, Europe, and North America. Emerging markets countries in the developing world may reinforce the trend in coming years.

According to Gartner’s Ranjit Atwal, “Users in emerging markets who are looking for a companion to their mobile phone will increasingly choose a tablet as their first computing device and not a PC.”

Presumably, the PC isn’t going away completely any time soon. There are still users who make good use of PC power, operating systems, and screen real estate—gamers, designers, musicians, programmers, etc. But for less money, people can buy a portable, intuitive device for web, email, social media, video, photos, movies, music, games, maps, books, banking…and on, and on. The current trend away from PCs to mobile devices isn’t likely to slow.

Whatever the future holds, one thing is for sure. Devices are getting smaller, simpler, more intuitive, and more capable—really, really fast.