78,000 Apply for A One-Way Ticket to Colonize Mars 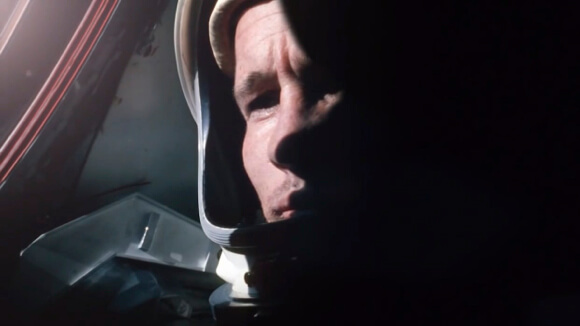 Ever dream of living out your days on a hostile desert world, exiled from the garden planet of your youth? Who do you think you are? Paul Atreides? Well, maybe it’s not so strange. 78,000 Earthlings (and counting) share that dream. Since late April, the not-for-profit organization, Mars One, has been flooded with applications for a one-way ticket to colonize Mars in 2023.

The trip will be funded in part by proceeds from a reality television show (or as the firm calls it, a “global media event”) covering the epic journey from crew selection to colonization. The Mars One team hopes this media coverage will provide a significant influx of income to help back the estimated $6 billion project. Apart from television, funding may include sale of merchandise—t-shirts, hoodies, coffee mugs, and posters—donations (even Bitcoin donations!), and sponsorships. 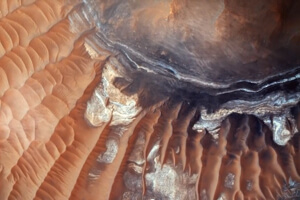 Anyone may apply to become a colonist, and the final crew (at which point, presumably, all participants will be qualified) will be voted to Mars by the viewing public. Applications so far represent a wide range of ages and nationalities, many of whom filmed a video for the Mars One home page. (Check the videos out here.)

The Mars One timeline goes like this. In 2013, the first candidate astronauts will be selected, and an Earthly version of the Mars habitat will be erected in a remote, hostile location. Televised astronaut training will go on in parallel to technical development, which will begin in 2014.

And here’s where things get ambitious.

In October 2016, a 2,500 kilogram supply ship (packed with spare parts, solar panels, and general supplies) will land on Mars. This alone would be a notable feat. No private firm has yet made it outside Earth orbit, though the Google Lunar X Prize may change that before it expires at the end of 2015. Mars, of course, is an even more ambitious target than the Moon.

Five years from now, in 2018, a Mars One rover will land and and nail down the settlement site. A second rover, two living units, two support units, and a second supply unit will land in 2021. The robotic rovers will prepare for the colonists as the life support systems make oxygen and water. And finally, in 2022, the Mars One transit vehicle will be launched in pieces, assembled in orbit, and carry the Mars One team to the Red Planet, landing in 2023. 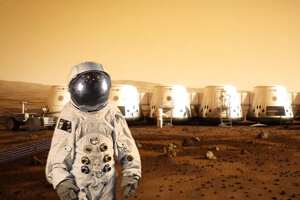 It took NASA, with a Cold War inspired blank check from Uncle Sam, about a decade to land on the Moon. It would be a stunning achievement if, in the same timeframe, a private firm not only landed the first humans on Mars, but established a permanent colony there.

Granted, Mars One proposes to stand on the shoulders of giants—using already existing tech, like SpaceX’s Falcon Heavy rocket and Dragon capsule—whereas NASA was assembling said giants from the ground up. But the funding, training, and logistics of human travel to Mars are all unknowns. Perhaps this story gets more plausible as the years go by. Perhaps the opposite happens. Either way, dreaming big is the only way we’ll make this space exploration thing happen.

There are other private plans to go to Mars in the next decade or so too. Space tourist, Dennis Tito, is hoping to send a couple to Mars orbit and bring them safely back to Earth in 2018. Tito’s plan would be no small feat either, but logistically, far more simple. And if expertise, experience, and economics have anything to do with it, Elon Musk and SpaceX may well help lay down the first private prints on Martian soil.

But the private space age is still young. A lot can happen in ten years—new players, new plans, and new technology. Mars One is notable for the originality of its plan. Financing enormously expensive space expeditions with little to no expected economic return is a tough nut to crack. (SpaceX for example has said it would charge colonists $500,000 apiece.) Mars One may prove the doubters dead wrong. But let’s withhold judgement for a year or two at least.

For now, the most intriguing part of the Mars One story is just how many people are willing to leave Earth with no prospect of a return flight. Would you do it?