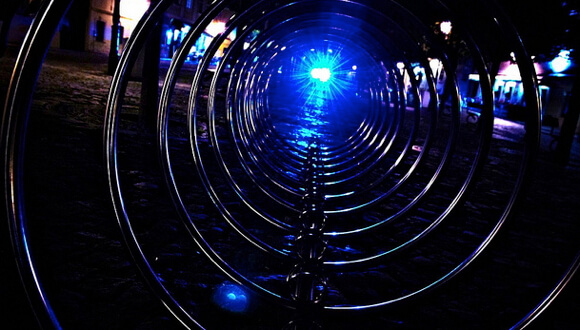 I liked going to the bank drive-through with my mom as a kid. She’d send her checks to the teller inside by shooting a cylinder through a pneumatic tube. I always wanted a ride in that thing. And while there remains a woeful shortage of pneumatic tubes transporting people at the moment—that unhappy state of affairs may not last forever.

Elon Musk, the billionaire tech mogul behind PayPal, Tesla Motors, and SpaceX and the entrepreneur who wants to colonize Mars with a vertically landing, reusable rocket—that guy—recently announced he’s been busy thinking about building a pneumatic tube to shuttle people from SF to LA at 600+ mph. He calls it the Hyperloop.

When asked to describe the Hyperloop at D11, Musk told the audience that if the Concorde had a three-way with a railgun and an air hockey table—the Hyperloop would be their baby. Let’s pause a moment to let that analogy settle in. Pithy, colorful, a touch awkward. No writer could hope for better. (It’s like a dirty Warren Buffett quote.)

Musk says he came up with the idea when contemplating California’s high-speed rail project between San Francisco and Los Angeles. He notes the project may produce the slowest high-speed train in the world, the most expensive per mile—and we can do better. That’s where the Hyperloop comes in. Musk modestly claims it could be the fifth mode of transportation, right up there with boats, planes, trains, and automobiles.

The Hyperloop would transport passengers from San Francisco to Los Angeles in about 30 minutes and at about twice the average speed of a commercial jet. The system would be on-demand, cheaper than current alternatives, impossible to crash, and potentially, run entirely on solar power. No big deal.

There are, of course, a few details missing from the discussion at this point. Besides some hints here and there—no one knows specifically how this thing works or exactly what it is even. Only someone of Musk’s reputation could stir up this much excitement with so little to back it up.

In a detailed rumination on Gizmag, Brian Dodson, a rocket scientist and physicist, hypothesizes that “the Hyperloop is essentially a pneumatic transport system (PTS) in the form of a closed tube that loops between Los Angeles and San Francisco.” 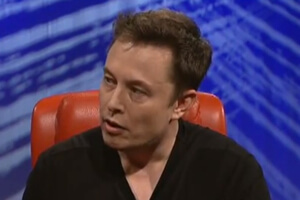 Travelers ride in pods magnetically accelerated and decelerated into the main tube (like a rail gun) where the air circulates at speed. The air between pods acts as a cushion, preventing crashes, while more air injected through perforations in the tube levitates the pods and reduces friction, much as it might on an air hockey table.

Another speculator, John Gardi, got Musk’s blessing on Twitter for his hypothetical Hyperloop design (see here), “Your guess is the closest I’ve seen anyone guess so far.”

For the record, this is not, in general, a new idea. Jules Verne imagined pneumatic tubes replacing trains and crossing oceans in his 1863 story Paris in the Twentieth Century. And remember George Jetson entering his home by tube?

No, not new. But this is the one of the first times someone with such credentials has actually proposed building such a machine. The first time, that is, since Alfred Ely Beach suggested a pneumatic subway for New York in 1869, or more recently and closer to home, when LK Edwards pitched a Bay Area Gravity-Vacuum Transit system in 1967.

Thing is, the longer an idea lives in pop culture and science fiction, the more fringe it can seem. But that doesn’t mean it won’t happen. Sometimes it’s just been waiting for the right combination of technology and cojones. And Musk has executed two giant ideas—high-performance electric cars and low-cost rocketry—in the last decade. He tends to take big concepts and make them reality in one form or another.

Half of me expects the Hyperloop by 2025. The other half expects Musk to sequester himself in a hotel room, forgo cutting his fingernails, and quietly retire to Earth orbit (or Mars) just as SETI receives humanity’s first message of extraterrestrial origin.

Whether or not the Hyperloop is Musk’s Spruce Goose remains to be seen. But I suspect we’ll be writing about it again very soon. It’s hard to ignore back-of-the-napkin musings from wild, billionaire geniuses—never mind resisting the “alpha plan” for Elon Musk’s mysterious Hyperloop.