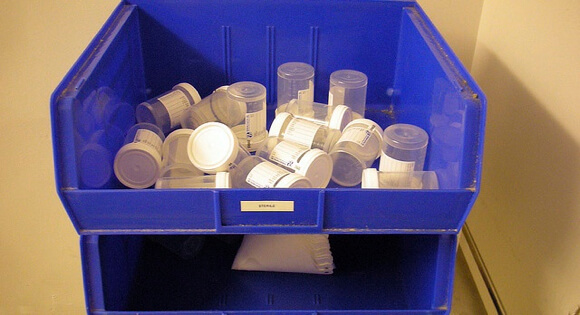 The smell of urine is not usually associated with having life-saving properties. But a new UK device called the ‘Odoreader’ can analyze urine odors and determine if bladder cancer is present. Although this is a pilot study, it has positive implications for early bladder cancer diagnosis and improved patient survival.

In the US, an estimated 72,570 new bladder cancer cases will be diagnosed in 2013 with 15,210 succumbing to the disease. Unlike other cancers, bladder cancer has few reliable biomarkers (chemical or protein signatures of disease) for detection. Doctors currently use cystoscopy to identify bladder cancer. Therefore, bladder cancer is generally detected only at later stages when the patient’s survival chances are diminished. As with most cancers, earlier detection is of critical importance.

When detected early enough, a transurethral resection procedure yields a 94% five-year survival rate. However, the disease recurs in approximately 50-70% of patients and these require follow-up procedures.

Other diagnostic approaches, including hematuria (blood in urine) dipstick, NMP22 and UroVysion, have been assessed and determined not sensitive enough for accurate bladder cancer detection. Canines have reportedly sniffed out bladder cancer in urine samples. While this is not the best approach for examinations in a clinical setting—the general principle is sound.

The Odoreader device, developed by researchers led by Professor Norman Ratcliffe at the UWE Bristol and Professor Chris Probert at the University of Liverpool, is something of a synthetic “dog’s nose” and can detect or “smell” a specific odor given off by cancer cells in heated urine samples.

The approach uses a novel combination of gas chromatography (GC) and a sensor system to detect volatile organic compounds (VOC). The differences between the VOC of cancer and normal cells might be due to differences associated with their metabolism. Evidence supporting this showed formaldehyde levels from urine were higher in men with prostate cancer than those without cancer.

This new detection approach would potentially facilitate early bladder cancer diagnosis at low cost and reduced inconvenience to the patient.

The initial Odoreader pilot study used 98 samples of urine from men, 24 known to have bladder cancer and 74 with bladder-related problems but no cancer. The results demonstrated over 90% accuracy in detecting the urine from bladder cancer patients. However, Probert said, “We now need to look at larger samples of patients to test the device further before it can be used in hospitals.”

If the results are just as promising in larger, more diverse sample sizes then smaller Odoreaders might be developed for testing at home. And perhaps before long, entrepreneurs will miniaturize and fold such tests into one tricorder-like device for closer to real-time health monitoring and ever-earlier diagnosis.

That’s when doctors and patients, so often behind the curve, begin to catch up with and even overtake the disease they are racing.