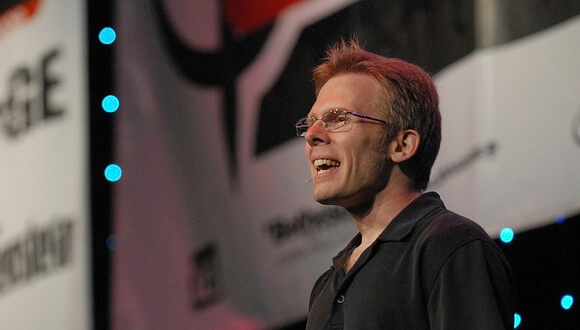 Over the last year, the Oculus Rift virtual reality headset has flown from duct-taped prototype to massively anticipated gaming system. The firm raised $2.4 million in a Kickstarter, oversubscribed ten to one, and $16 million in venture capital. They’ve got the funds, a working prototype—and if they didn’t have enough talent before, they do now.

The firm recently announced John Carmack will join up as Chief Technology Officer. For those who’ve followed Carmack’s career and are itching to get their hands on a consumer-ready Rift—that’s huge news. Carmack, founder of id Software and Armadillo Aerospace, is perhaps best known for his work on games like Doom and Quake.

He’s revered in gaming and considered to be one of the brightest minds in the industry. More importantly, Carmack has been a high-profile advocate for the Rift since square one, when he gave demos of a super early version of the Rift at E3 2012 and dedicated a significant chunk of his subsequent QuakeCon keynote to the technology.

Since then, Oculus has shipped thousands of prototype Rifts to game developers and further honed their design, adding a 1080p screen to the latest version. The next step is to build a seamless, mind-blowing consumer experience. But whether Oculus will satisfy the lofty expectations is an open question. That’s where Carmack comes in.

Few are as well versed on the challenges of virtual reality. To get a taste of the man’s work, check out this sprawling and immensely detailed discussion of VR latency. He’s got a head on his shoulders. No doubt. Even better? He’s really excited about the Rift. 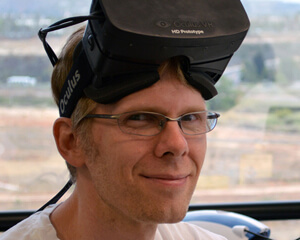 In a statement on the Oculus blog Carmack put his decision in perspective, “I have fond memories of the development work that led to a lot of great things in modern gaming—the intensity of the first person experience, LAN and internet play, game mods, and so on. Duct taping a strap and hot gluing sensors onto Palmer’s early prototype Rift and writing the code to drive it ranks right up there.”

As for his other commitments, it would appear they’ll be placed squarely on the back burner. Carmack recently announced his space firm, Armadillo Aerospace, is out of funds and will be going into “hybernation.” Meanwhile, he’ll remain at id but dedicate most of his time to Oculus from the firm’s soon-to-be-opened Dallas office.

Can Oculus make an affordable, high quality virtual reality headset that meets expectations? No idea. Big dreams, big ideas, and big salesmanship abound in tech. Rarer are big revolutions. It’s difficult to separate the wheat from the chaff early on.

Clearly, Oculus has a lock on those first few categories, but successfully executing on a promising idea is a lot harder than selling it. Leap Motion comes to mind. The firm captured the collective imagination with their super-precise Leap controller. But so far, a lukewarm reception shows just how hard it is to live up to the hype.

Startups walk a fine line between urgency and quality. You don’t get a second chance to make a first impression. As Carmack said about Doom 4, “It’ll be done when it’s done.” That may prove to be a great guiding principle for Oculus too.