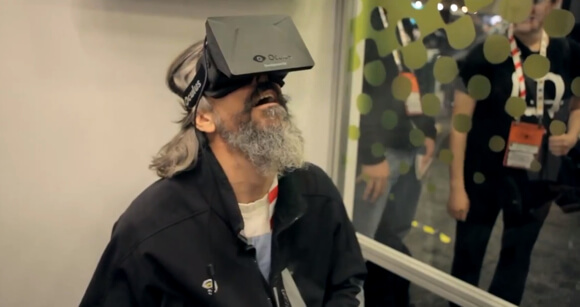 A year and a half ago virtual reality was an elusive technodream. Maybe it still is. But since the middle of 2012, the Oculus Rift, VR’s  latest great hope, is winning over developers and newbies alike, accruing accolades, awards—and now cold cash.

Gaming’s biggest names just released their “next generation” systems, and there are all kinds of neat additions. But they’re still building on the old model. Oculus, meanwhile, offers a fundamentally different experience.

When the Rift, an immersive virtual reality headset, first hit the tech community, it was but a bootstrapped pair of ski goggles with a screen hacked together in a garage. Rudimentary or no, the system impressed game developer royalty, avid gamers, and journalists alike.

The firm directed all that excitement into a $2.4 million Kickstarter and funded a manufacturing run for developers. Less obvious, but no less important, the Kickstarter is bringing a round of testing and feedback from professional game developers, a growing roster of VR-tailored games, and perhaps most valuable, credibility in the developer community. 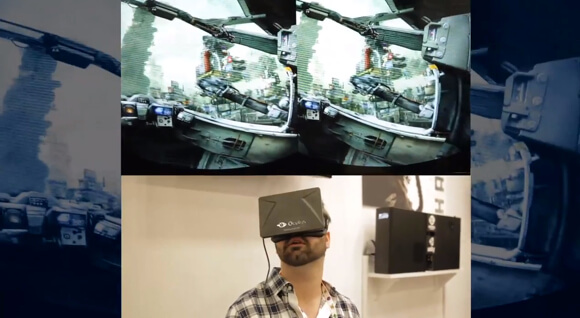 In roughly eighteen months, Oculus has blossomed from a guy in a garage to a 24-person team of top gaming talent that’s manufactured and shipped their first devices. But it doesn’t end there. The final audience isn’t only the tech savviest. Quite the opposite.

Oculus is questing for a glitch-free, user friendly, immersive virtual reality experience for all of us. But to do that, they need investors. Which is why it’s a good thing they’ve got a story that virtually sells itself, a proven piece of hardware, a growing store of crowdsourced software, and a manufacturing run in their pocket.

Oculus raised $16 million in their initial round, and one imagines, if needed, there’s more where that came from. On the company blog, Oculus founder, Palmer Luckey, wrote that the cash infusion should open doors for the firm.

“[This funding] helps us hire the best and brightest minds in VR from around the world. It lets us experiment and prototype with more cutting-edge tech. And it allows us to build a badass, consumer VR gaming platform, the likes of which the world has never seen.”

If all goes to plan (and as always, that’s a big if), it’s the kind of story you might expect in a Peter Diamandis keynote in the not too distant future. The Rift is an excellent example of how much the little guy can do (and how fast) in our exponential economy.

So, how long will it be before you or I can purchase a Rift of our very own? Oculus still isn’t saying. But they continue tinkering and testing behind the scenes.

The company brought a 1080p “HD VR” Rift headset with them to E3. Though the pixels aren’t entirely undetectable, the higher def screen made them less obvious. Remember, 1080p is great from eight feet away, but the Rift display is only inches from your eyes.

The team is also reportedly still working on positional tracking (not just head tracking) for the consumer version. Nate Mitchell, VP of product, told Tested, “We’re not talking a wide, huge Kinect-type thing. But something that let’s you lean down and examine things in the game world.”

In the end, the not-so-quantifiable due date may be whenever Oculus gets the experience just right. There’s less room for error when you’re aiming a brand new piece of hardware at folks on their sofas. Not none, but less.

To really catch fire, a new product like the Rift ought to deliver an experience akin to tasting a deliciously unexpected combination of flavors at a fine restaurant. The moment forces you to close your eyes and savor. With the Rift, however, you might want to keep your eyes open and opt for a big grin instead.