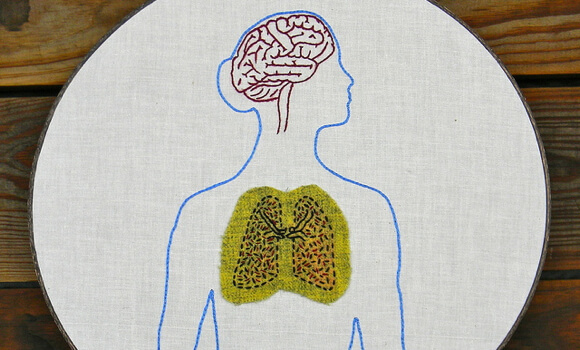 Sarah Murnaghan just turned eleven years old. She wouldn’t be here but for two lung donors, a crack team of surgeons, and a last-minute suspension of the rules.

Sarah suffered from cystic fibrosis from birth. In early 2013, her condition began to quickly deteriorate. She was number one on the list waiting for child lung donors, but her condition wouldn’t wait. That’s when her family appealed to the courts to change a rule preventing Sarah from getting a pair of adult lungs.

Dr. Stuart Sweet helped write the rules on child transplants. He told CNN, “We’ve built a system that tries to be as fair to everyone as possible.” The rules take into account age, severity of a patient’s condition, and probability of survival. Ultimately, however, dictating who lives and who dies is an impossible decision.

A judge ordered that the rule be suspended for Sarah, and she got her lungs. But even that wasn’t enough. The first pair of lungs began to fail hours after surgery. Doctors removed the new lungs and placed Sarah on a lung and heart bypass machine for three days, at which point a second pair of lungs became available.

The new transplants were infected with pneumonia but otherwise healthy, and Sarah has since gone home from the hospital.

Cases like Sarah’s are simultaneously inspiring and sobering. 79 people receive a donated organ daily, but due to a chronic undersupply, another 18 die waiting. Although lung transplants have improved over the years, they are still dangerous business. Only half of all transplant patients in the US survive over five years.

In the first year, acute rejection is treatable with immunosuppressants. Later, however, patients suffer from a condition known as chronic rejection where lung function progressively deteriorates. There is no known treatment.

But, just as procedures like double lung transplants have become available and almost routine in the last two decades, looking forward, emerging technologies may address the twin specters of limited supply and organ rejection.

Doctors used stem cells to reduce the likelihood of rejection in a 2008 trachea transplant. The procedure still required a donor windpipe—which was stripped of its host cells and used as a scaffold for the patient’s own stem cells—but it was successful. We wrote about a similar procedure in 2010, this time the recipient was about the same age as Sarah Murnaghan.

In the future, doctors hope to grow entire organs, including hearts, lungs, and even brains without a donor organ scaffold. Or if you would rather not grow an organ, you might be able to 3D print it—Organovo is pioneering 3D bioprinters that in the short term will help researchers study the effect of drugs on human tissue. But the firm’s long term goal is printing custom organs on demand.

Lab-grown organs and bioprinting have plenty of challenges ahead—not the least of which may be political or bureaucratic. But they also promise to increase supply, limit rejection, and allow for more timely treatment.

Dr. David Gerber of UNC Chapel Hill outlines how the future may look, “You’re seeing a patient; you’re scheduling them for their surgery; you’re doing their surgery at an optimum time for them with respect to their health state, their disease state, rather than waiting until they’re the sickest patient to get their transplant. So, you’re…getting to people when their disease becomes a burden, before their life becomes threatened.”