200,000 Apply to Mars One to Live Out Their Lives on the Red Planet

Mars One wants to send permanent settlers to Mars by 2023. To simplify an already costly and complex undertaking—said settlers won’t get a return ticket. But returning home is apparently a minor detail for many. From late April through the end of August, the organization took in 202,586 applications from aspiring astronauts across the globe.

The applicant pool is diverse, spanning 140 countries. Almost a quarter of the applicants hail from the US, 10% from India, and 6% from China. The initial pool will be whittled down over three rounds to the final teams—six to ten groups of four—who will begin training for their mission in 2015.

Although the first round of applications is officially closed, there will be more. Mars One is planning to run a continuous colonization program, should early efforts pay dividends. 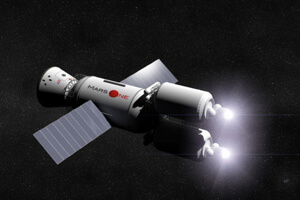 Of all the private space exploration efforts—and their ranks are growing—Mars One may be the most unusual. The organization will fund their Mars voyage, in part, by televising crew selection, training, and ultimately, the trip itself. The first supply mission is scheduled for 2016. The first men and women will touch down in 2023.

Between now and then, however, the organization will have to find funding and partners to build the hardware. And 2023 is a best case scenario. Mars One warns, “the possibility of failure of a launch or a surface component can never be fully excluded. This could lead to a delay of up to two years.”

Beyond the technicalities, selecting a qualified crew willing to forsake Earth forever may prove challenging. While 200,000 applicants seems like a deep pool to draw from, only a fraction of that number (Mars One hasn’t said how many) have actually fulfilled all the application requirements.

Sci-fi author and Mars One applicant, David Brin, thinks the probability Mars One will succeed is low. For him, it’s more about getting the conversation going. He calls the coming years the “barnstorming era” when private explorers with an appetite for risk get bigger returns than increasingly bureaucratic, risk-averse public space agencies.

Indeed, Brin’s barnstorming era appears to be gaining steam. From Virgin Galactic and SpaceX to Mars One, the efforts range from realistic to questionable. But diversity is a healthy hallmark of competitive industries. And though some projects may never lift off—the more crazy ideas, the better. You can’t tell crazy ideas from genius breakthroughs without trying a few out.