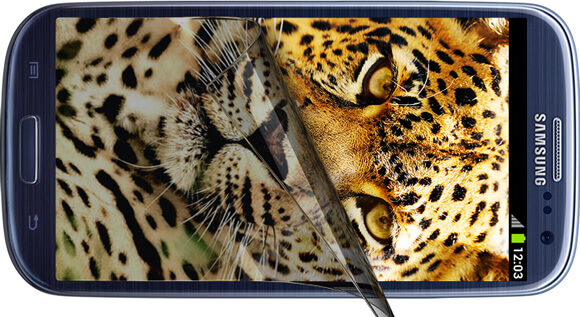 After first promising it as early as 2009, Samsung said recently that it will introduce a curved-screen smartphone in the coming months.

Few details are available, but at a recent demo at the Consumer Electronics Show, Samsung showed off a phone whose screen cut out at an angle on one side, displaying notifications in the additional space. But an ergonomically curved design or even a phone that unfolds to become a tablet could be in the works.

The particular model is less important than the fact that the world’s leading smartphone manufacturer is investing in AMOLED screens, which are more durable and deliver higher quality images, and pushing towards using them without the rigid glass it currently encases them in. 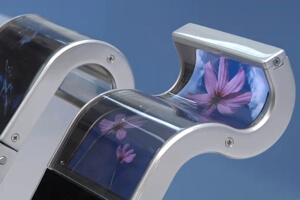 Samsung dropped the news about the new display at its launch of the Gear smart watch, making clear that it intends to stay relevant as mobile computing shifts away from the phone form factor.

If paired with flexible electronics components and freed of glass casing, AMOLED screens could break open the mobile and wearable device market. Samsung is not the only company to flirt with flexible screens, but most of the exciting demos have failed to materialize in the marketplace.

Flexible screens are currently hamstrung by the challenge of finding flexible electronics components durable enough to withstand repeated bending at a price consumers will pay. But a midway point involves putting some of the componentry of the electronics into the AMOLED surface, while leaving the others packaged in a rigid container.

While Samsung’s initial offering will most likely be a tweak to the current blocky smartphone designs and not a radical break from the rectangular screen, it will put the possibilities of flexible screens on the average user’s radar for the first time and pressure its suppliers and competitors to push farther, faster past limits of the rectangular screen.