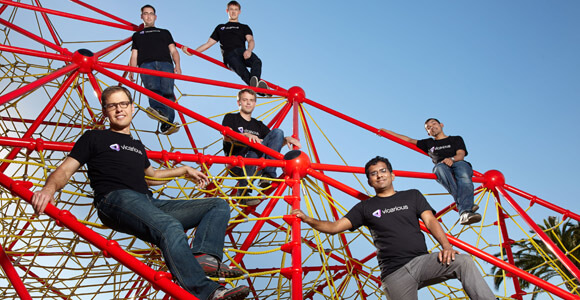 Most computer users love and hate CAPTCHA, the images or bits of distorted text that they’re asked to decode on the Web to prove they’re human and not a malicious bot: They love them because the system is usually simple to use and keeps identity thieves and spammers at bay; they hate them because they periodically face a series of impossible-to-read snippets.

In our increasingly technical world, we might also stop and savor the opportunity CAPTCHA codes provide to demonstrate handily that we are still smarter than computers. CAPTCHAs are a form of Turing test, however rudimentary.

That’s what made them fair game for Vicarious, a Bay Area-based flexible purpose corporation founded in 2010 (and interviewed by Singularity Hub in 2011), that yesterday attempted to prove its mettle as an artificial intelligence venture by demonstrating that its algorithms can break a series of CAPTCHA systems that include Google’s reCAPTCHA, the most widely used system.

The algorithms decode the CAPTCHAs upwards of 90 percent of the time, said Vicarious co-founder D. Scott Phoenix. Humans have a 97 percent success rate, according to Luis van Ahn, who developed the system and is now a professor of computer science at Carnegie Mellon University.

For Vicarious, CAPTCHAs represented an easy but representative challenge on the way to true computer vision. Humans are so used to seeing letters that we can recognize them even when they are occluded or distorted. But for a computer, they’re little more than a jumble of pixels. It’s the same fundamental difference between humans and computers that makes objects in photos difficult to parse: Humans intuit and fill in the blanks; computers don’t.

Unlike other “deep learning” AI projects that teach computers to interpolate by supplying a huge number of examples, Vicarious has set itself the challenge of teaching them to extrapolate, co-founder D. Scott Phoenix told Singularity Hub.

“It’s not a specific design flaw in CAPTCHA that we’re exploiting. We’re approaching it the way a human would solve it. It’s not just the current reCAPTCHA or other CAPTCHA that you saw [in the video]; it’s all future variants of CAPTCHA,” Phoenix said. 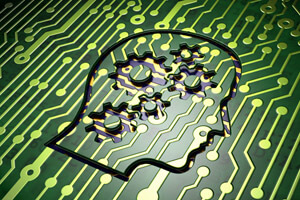 Although there’s no way to verify how Vicarious is solving the codes, the company says the method “uses relatively minuscule amounts of data and computing power.”

Yet, it’s the method and what it might accomplish next that matter: As a stand-alone achievement for artificial intelligence, the CAPTCHA work isn’t much, von Ahn told Singularity Hub.

Google, where von Ahn worked after the Internet giant acquired reCAPTCHA, already knows the system can be broken, he said. The company has chosen to wait to make it more difficult for humans until malicious users begin cracking it. Because Vicarious won’t release its algorithm, its accomplishment won’t force Google to modify reCAPTCHA. Users will likely see no effect around the Web.

When companies do have to ramp up CAPTCHA systems to account for growing artificial intelligence, von Ahn explained, they will likely move to simple photos that ask the user to identify what’s in them: a cat or dog, for example.

“If they could do that they wouldn’t be bothering with CAPTCHAs, they’d be out there making a lot of money,” he said.

Vicarious remains mum about what the project’s next proof-of-concept will be, but Phoenix’s hints suggested it would be something akin to what van Ahn described.

So while its status as a flexible purpose corporation buys Vicarious some time before the company has to show its investors a profit, if it can produce visually intelligent machines, it shouldn’t have much problem figuring out how to make money off of them.