Facebook Building Major Artificial Intelligence System To Understand Who We Are 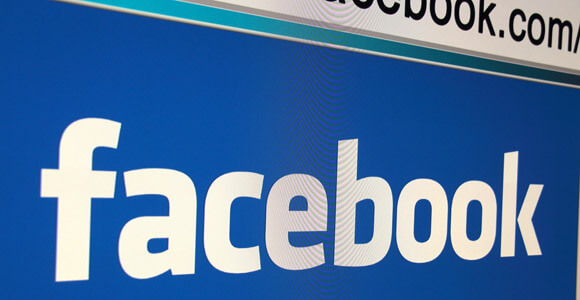 Facebook, not wanting to be left behind, is flexing its muscles, too. In addition to expanding its use of facial recognition, the company is developing deep learning software to understand what its users say and do online, a spokesman confirmed for Singularity Hub. (The project was first reported in MIT’s Technology Review.)

Much of Wall Street’s interest in Facebook, albeit fickle, has stemmed from the potential commercial value of what the social network knows about its users. Unless Facebook is considering major changes to its business plan, the company will use artificial intelligence to learn more about its users than what they share.

And Facebook has a lot of data from which an artificial learning setup could draw inferences.

“Places like Google and Facebook now have so much data that the kinds of networks you can train and the kinds of things you can learn from that have basically been unimaginable,” Bhiksha Raj, a machine learning expert at Carnegie Mellon University, told Singularity Hub.

“If you feed all this information, the computer is basically going to develop the ability to make sense of the inputs. Then you’ve trained a network that can scan your page and those of your friends and tell you all kinds of things about you that you hadn’t put out there, and that really is the holy grail for all of these companies,” Raj said.

It’s possible, too, that the agreements that govern what Facebook does with users’ data won’t apply to the data the company generates about its users with its neural networks.

“It’s kind of no man’s land at this point. We haven’t gotten to the point where people have begun worrying about that kind of thing, but we’re going to get there pretty fast,” Raj said.

Notable deep learning projects have already allowed computers to recognize in photos and videos the faces of humans and cats and to identify the emotions behind written content even when they’re not stated explicitly. And before Facebook acquired the company in 2012, Face.com claimed its software could identify which photographed smiles were genuine and which were fake.

Facebook has more experience with facial recognition applications of artificial intelligence, but it moved in to natural language processing with the search feature it launched this summer.

Facebook’s current staffing for the AI project suggests the company will use deep learning to dive deeper into both computer vision and natural language processing. Face.com co-founder Yaniv Taigman and Lubomir Bourdev will contribute expertise on computer vision. But natural language expert Srini Narayanan is building the project’s staff, and Graph Search veteran Keith Adams will also move to the AI project.

Facebook has poached Marc’Aurelio Ranzato from Google’s deep learning project, likely to deliver expertise in how to start the computers learning. Ranzato studied under Geoffrey Hinton, the University of Toronto computer scientist whose research into how best to train deep neural networks has spurred much of the current activity in the field.

Deep learning builds on the longtime use of “neural networks,” or computing systems that simulate the teamwork among neurons in the human brain. Instead of having each neuron, or detector, look for a particular input, which requires too many detectors to be plausible, scientists assign each layer a different task that builds on the first.

“You’re attempting to [have the computer] learn a succession of levels of representation of increasing complexity and abstraction,” Christopher Manning explained in an influential video tutorial on deep learning.

Once the layers have been set up, they can be fine-tuned to handle different sorts of inputs. In other words, such a system will be a big investment for Facebook but one that promises big payoffs.