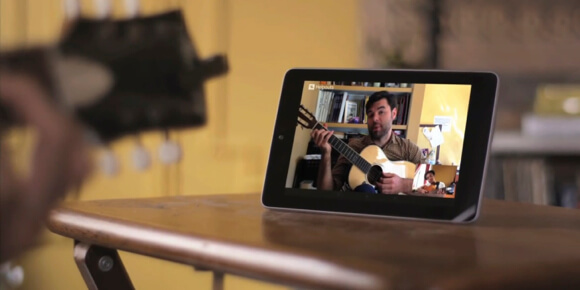 Telemedicine and online education aim to connect great teachers and skilled doctors to thousands or millions using video. Google’s latest experiment expands the list, placing experts, from chefs to yoga teachers, on call for anyone, anytime.

Based on Google’s video chat provider, Google Hangouts, the new service is called Google Helpouts and was recently launched to the public. In a blog post, Google engineering VP, Udi Manber, said, “Our goal is simple: help people help each other.”

And to that end, Helpouts already boasts a small but growing list of expert helpers including psychotherapists, makeup artists, career coaches, and electricians.

Helpers set their own rates by the minute, per session, or both and offer to book future appointments or connect instantly (if they’re online). Rates range from free to $75+ per meeting. Customers pay with Google Wallet, and Google takes 20% of the proceeds.

For a company that generally provides free services (on the surface, at least), Helpouts isn’t necessarily cheap. And because first impressions are everything, and a disappointing session might be the end of it for many—Google’s offering a money back guarantee and controlling quality with an up-front screening process.

Interested experts must first apply for an “invitation” then submit their service for review before being accepted to the site.

No doubt there will be some who go to Helpouts for a guitar lesson or pointers on how to improve pushups and crunches—but by far, the most promising services are consultations with physicians.

“Helpouts will allow our patients to get high quality affordable care,” said Dr. Tom Lee, chief executive of Google-funded One Medical Group. “The system is so wasteful.”

Efficiency for both patients and doctors would appear to be the name of the game. In many cases, there’s little reason to make an appointment three weeks in advance and spend an hour in a waiting room for a 10-minute conversation with a doctor.

Google jumped through the regulatory hoops (HIIPA compliance) to ensure their service is as secure as it can be. Further, all doctors must be licensed, in good standing, and thoroughly vetted by a Google-hired thirdy party.

Helpouts is a cool idea. Kind of a hybrid YouTube instructional video and online education course. Both lack interaction with the expert, where a series of questions might clarify difficult concepts. And while there are other similar services, like LiveNinja for example, none command an audience as big as Google’s.

We don’t know if it will take off, but Google thinks it’s a fairly simple algorithm. As Manber told a recent gathering of reporters, “In the end, convenience and efficiency always win.” And we might add quality into the mix. Just saying.