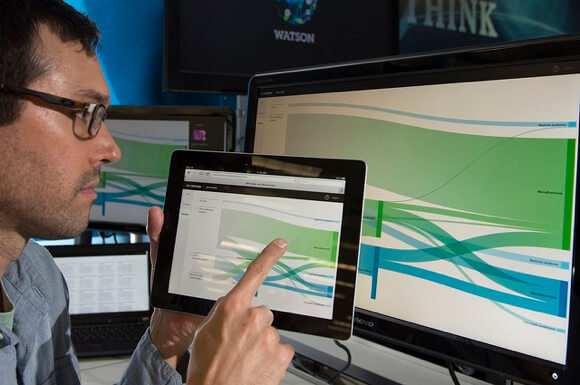 Since then, the firm’s been sorting out how to commercialize Watson by building applications in medicine and finance. Now, IBM recently announced they’re opening the Watson platform and its natural language powers to third party app developers. 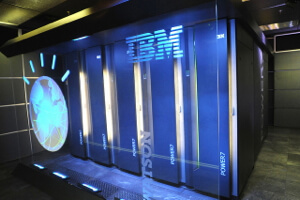 It may be indispensable for doctors overwhelmed by the herculean task of both treating patients and keeping up with an exponentially expanding body of medical research. But of course, the possibilities don’t end there.

That’s why IBM is making Watson—now more powerful and efficient than the Jeopardy version—available to developers, large and small, well-capitalized and on a shoe-string budget, to write a broad selection of next-generation, AI-powered apps.

Select developers will be given access to a cloud marketplace, where they can find helpful tools, materials, and the Watson application programming interface (API). Apps can train Watson on their own info databases or a range of IBM-provided sources.

Making Watson available on a broad scale is, of course, a selfish move. IBM knows the crowd will have all kinds of great ideas for apps, and Watson learns by interacting with humans. The more interactions, the faster the learning curve.

In a press release, Michael Rhodin, Senior Vice President of IBM’s Solutions Group explained, “Together with our partners we’ll spark a new class of applications that will learn from experience, improve with each interaction and outcome, and assist in solving the most complex questions facing the industry and society.”

To be clear, Watson doesn’t reside on any one computer. The software can be paired with a database of information and run anywhere. IBM’s envisioning a cadre of Watsons in the cloud commanding an army of Watson-powered apps on the ground.

And according to IBM, since Jeopardy, they’ve made some upgrades.

“Watson has gained a 240 percent improvement in system performance, and a reduction of 75 percent in the physical requirements needed to run the system which can now operate from a single Power 750 server with Linux from a cloud computing environment.”

All this should sound a little familiar. Think of Watson as IBM’s answer to Google search or Apple’s Siri, but in some special ways, better than either.

Google breaks queries into keywords, looks for these words on webpages, and returns the pages it deems most relevant. There’s little understanding of what’s being asked.

Ask the right question, and Siri seems Watson-like. But Siri is only capable of understanding variations on preprogrammed questions, leaning heavily on existing search engines, and returning canned responses.

Watson, meanwhile, communicates more like a human on both ends (query and reply) and uses probability to reason out the best answers in between. And it can do this with enough speed and precision to compete against and defeat two Jeopardy champions.

So far, IBM seems concerned primarily with business applications that draw on specific, high quality information sources, as opposed to the entire Internet.

But online search seems a natural fit for Watson. Whether the information source is the latest medical literature or borderless wilds of the world wide web, the goal is the same. We want to have a conversation, filter the noise, and get articulate answers.

IBM makes no bones about it, “A powerful and fluent conversational agent, like the Star Trek computer, is a driving vision for this work.” I don’t know about you, but I’d rather a quick chat with the Star Trek AI than spend hours auditing search results.

Of course, Google isn’t standing still. They know which way the wind blows. Why do you think they hired Ray Kurzweil?

The search giant has a team dedicated to natural language processing like Watson’s. As the team advances and implements updates, search will become more powerful, and thanks to its giant base of users, a faster learner too.

Indeed, Google notes that current state-of-the-art natural language systems use “closed domain” (i.e., a bounded list of quality sources); whereas, their engineers are working to solve natural language problems “at web-scale.” Perhaps this, and the fact IBM hasn’t targeted web search, implies Watson isn’t ready for such a test just yet.

Google or IBM, the most interesting part of all this is computing power has less to do with the chip your device carries and more to do with its online connectivity.

In the not-too-distant future, Watson-powered apps may deliver the brain of history’s greatest Jeopardy champ directly to your smartphone—and in the process, forever transform Tuesday-night trivia at your favorite watering hole.