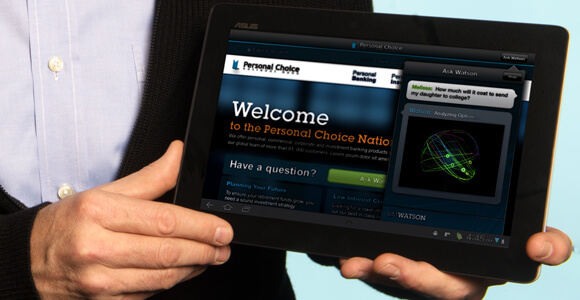 What contribution would you make to humankind if you controlled an advanced artificial intelligence platform? Or perhaps the more honest question is, how would you make money off of it?

Those are the twin questions facing IBM since it began commercializing Watson after the artificial intelligence engine beat out two former “Jeopardy!” champions on the quiz show in 2011.

The company recently launched a business division, called the Watson Group, dedicated exclusively to answering those questions. The group will have its headquarters in New York’s “Silicon Alley” technology hub and will employ 2,000 people. IBM has invested $1 billion to get the division going.

The Watson Group will serve as a place for IBM to pitch the AI platform to its business clients and to educate users on how to make the most of Watson. IBM will also continue to improve on the AI engine and fine-tune the new subscription cloud interface that invites developers to build their own “cognitive” applications.

IBM’s investment shows that the company is still committed to Watson, although it has has been slower to capitalize on the platform than some executives and investors would have liked. In the lead-up to the recent announcement, company leadership acknowledged that the AI platform had brought in just $100 million in gross revenue from its launch through the third quarter of 2013. 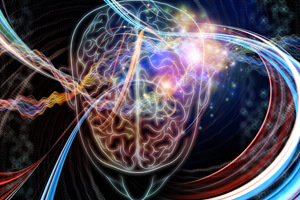 Since Watson’s “Jeopardy!” win, it has increased its speed 24 times over, seen a 2,400 percent improvement in performance and shrunk its physical size by 90 percent, according to IBM.

The trouble is that it still takes a long time for human experts to train Watson in a particular area, the company said in the 2013 conference call. Today’s artificial intelligence systems require a lot of input data before they can begin to draw conclusions. Of course, by way of comparison, it takes years of general education and specialized study before a human can become an expert in a given field.

In addition to business, IBM has worked to tailor the AI platform to healthcare — a niche where the company no doubt sees both profits and positive social contributions that can lead, in turn, to good PR.

Courtney DiNardo, a leukemia specialist at the MD Anderson Cancer Center in Houston, Texas, which hosts one of the largest Watson pilot programs, also cited Watson’s slow learning curve as a drag on the powerful technology in a conversation with Singularity Hub.

“The only difficulty is that it takes time to teach Watson to become a leukemia expert. Take, for example, cytogenetics: It took months to teach Watson how to read one specific type of laboratory data,” DiNardo said. “We’re aware that IBM technologists aren’t physicians and we aren’t programmers, so we’ve been needing to work together to create this program.”

“What it does is it takes your patient’s information — things like medicines taken, other medical problems, family history — all that stuff that’s written on hundreds of pages of documents. The computer turns it into one-page synopsis of what would otherwise take me or my staff hours to pour through, so there’s time savings and efficiency,” she said.

MD Anderson is conducting trial runs of Watson, but doesn’t yet use it to help set care for patients.

But what saves time for the highly specialized doctors at a renowned cancer center like MD Anderson could be an even bigger help to community oncologists who otherwise simply wouldn’t have access to information on potential genomic therapies or other specialized information. 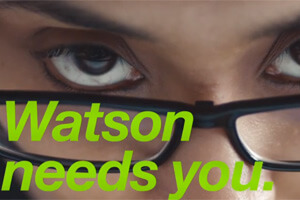 IBM is hoping that by opening Watson up to more experts in the New York office — essentially opening it up to more data inputs — it will bring the platform closer to being ready to serve various industries.

“We believe that a sustained burst of creativity by academic scientists, students, startup entrepreneurs and established tech companies will be required to fulfill the potential of new cognitive computing technologies … People say, ‘It takes a village to raise a child.’ In this case, it will take a global village to deliver on the promise of cognitive computing,” IBM senior VP Michael Rhodin wrote on the company’s blog.

But IBM is clearly hoping its child grows up fast.