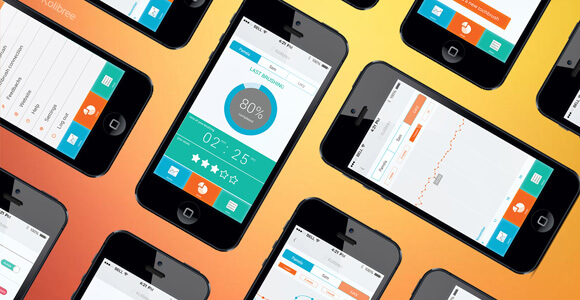 The Internet of Things appears to be expanding out from the poles of industrial machinery and everyday household items. Among the latter category, we can now count smart toothbrushes.

Existing smart brushes have tracked how long and how often users brush, displaying the data in a mobile app and, upon request, sharing it with the user’s dentist. But a newcomer to the field, Kolibree, tracks not just the quantity but the quality of brushing behavior. 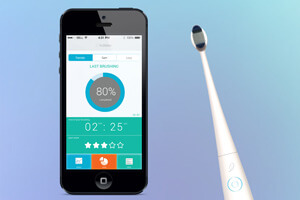 Many people learn at their semiannual visits to the dentist that they are missing a certain hard-to-reach nook. Kolibree’s smart toothbrush maps where the brush touches each time the user brushes, so no spot remains unscoured for long. (Similarly, smart socks map the foot’s impact with the ground to allow serious runners to track their form.)

“Right now you get your feedback from your dentist maybe once or twice a year, and for the first time you can actually get that real-time feedback twice a day from this smart app,” Renee Blodgett, the company’s PR person, told the Wall Street Journal in a video interview.

Admittedly, oral hygiene isn’t a thrilling topic for most, so $99 – $199 may be a steep price for a Bluetooth-connected toothbrush. But Kolibree is hoping to appeal to gadget nuts and to that mother of all consumer segments, parents, who currently use such low-tech methods to ensure their kids’ oral health as asking them a couple times a day if they remembered to brush. 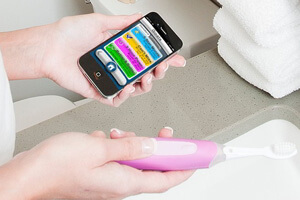 “The quantified-self geeks will love this app because it’s actually tracking something really useful. But the biggest feedback we’re getting is from parents because for the first time you can actually track how well your kids are brushing their teeth,” Blodgett said in the video interview.

The parent can be the master of the app that stores and displays data from several up to five brushes, and the app compares their brushing performance in a gamified way in hopes of turning sibling rivalry into better technique.

Meanwhile, for parents who are just looking to make sure the kids brushed for a reasonable amount of time, Beam Brush’s first-gen smart toothbrush costs just $24.99.