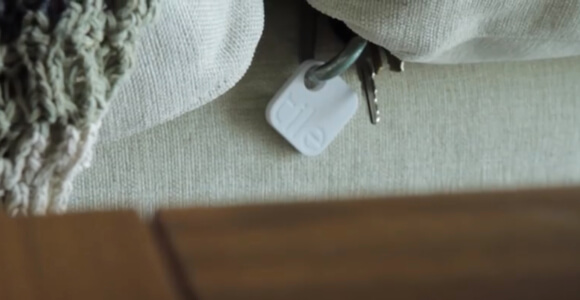 Some of us are more prone to misplacing items than others, but we’ve probably all lost something small and important at some point. Never fear – a more connected, smarter future has you covered. In this case, it’s by way of a small, white square called Tile.

Tile aims to help those who, in a rush to put away groceries, left their keys in the freezer, for example. Tile connects to your smartphone by Bluetooth, so if you’re within 50 to 150 feet of an item attached to a Tile, you can open an app and use your phone as a dowsing rod. As you get closer a signal graphic in the app adds bars.

Or, if you think it’s really close, just ping Tile and it beeps, kind of like trying to find car in a parking garage by unlocking and locking the doors. Which is a much more effective strategy than, say, calling your phone when it’s out of batteries or the ringer is off.

You may have heard of Tile already. The company boasts $2.6 million from almost 50,000 pre-orders. The first round of Tile deliveries begin this spring, with a subsequent round set for the summer.

Tile is an example of how useful even the cheapest, simplest chips can be. If you continually lose things in your apartment, it’s a good gizmo to have around. Just buy a few for the personal items you chronically misplace—keys, phone, or wallet.

But beyond simply the misplaced, Tile believes its gadget may be used for locating stolen items, like bikes. For instance, you could attach Tile to your bike, and every time it nears another Tile, you’ll be notified of its location. Unfortunately, for this to work, you’d better live in an area where there are lots of Tiles, but not too many – if Tile happens to be ubiquitous in your area (good for tracking) would-be thieves likely would know what to look for.

Don’t get me wrong. I think Tile might be useful for those of us who suffer rare (or not so rare) bouts of absent-mindedness. And while it may not deter thieves, if you leave a Tile-enabled item at a restaurant or café, the app records the location of the last time it was in contact with Tile. 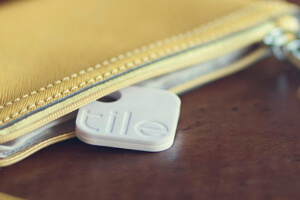 At $20, one Tile is relatively cheap. But if you want a tile for your phone, laptop, wallet, and keys—it adds up. Plus, to make Tile waterproof and as thin as possible, the power source is non-chargeable and non-replaceable. They last a year, and then you’ll need new ones.

The firm says this gives you the “latest, greatest” version of the device and saves the hassle of finding the right coin-sized battery. And they hope to make the device cheaper. Perhaps they’ll also figure out how to make it compatible with an inductive charging mat.

Tile is cool, but it’s just the beginning. As miniature chips, like Intel’s Edison, become cheaper and more powerful, they’ll be embedded in most objects.

As those objects come online, you won’t need a Tile because location will be just one of the many native functions they’ll perform.