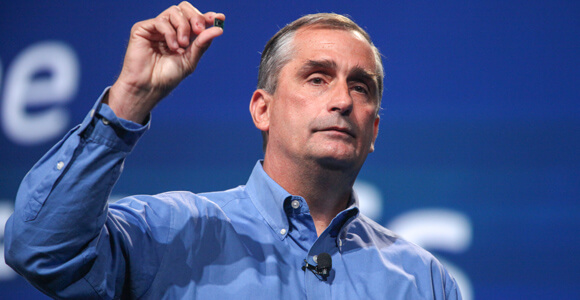 Up to now, wearable computing has been a niche market dominated, but for Google Glass, by startups. Yet, with the tiny size and low cost of sensors and chips, wearable computing could be a huge market in which smart sensors in everything from baby diapers to workout gear connect to users’ smartphones, giving them constant insight into how things formerly hidden are operating.

It may sound like yet another techno-topian promise, and before the 2014 Consumer Electronics Show it might have been. But at the annual Las Vegas tech blowout earlier this month, Intel, one of the weightiest firms in the tech industry, endorsed wearable computing with the launch of a new chip designed for it. 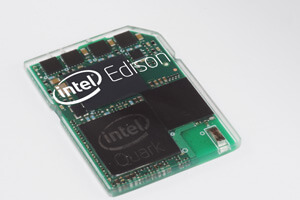 The company unveiled Edison, a computer the size of an SD card that supports multiple operating systems and features a 400-megahertz Quark processor with integrated Wi-Fi and Bluetooth.

“Wearables are not everywhere today because they aren’t yet solving real problems and they aren’t yet integrated with our lifestyles. We’re focused on addressing this engineering innovation challenge,” said Intel CEO Brian Krzanich.

Intel may have slept through the mobile revolution, but its entrance into wearable computing ushers in the next wave of consumer technology.

Intel primarily emphasized wearables, issuing a $1.3-million innovation challenge and launching new partnerships with Barneys and other designers. But the company also highlighted uses of its tiny computer that veer into the machine-to-machine communications generally referred to as the Internet of Things.

Edison can be used in “most any device — not just computers, phones, or tablets, but chairs, coffeemakers, and even coffee cups,” Intel noted in a press release that followed Krzanich’s speech.

At a certain point, the distinction becomes arbitrary — already, whole computers like Edison and not just their sensors and peripherals are small enough to wear, and the computer might trigger another device automatically or it might alert the user to respond. 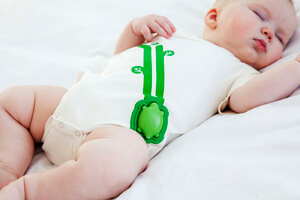 For example, Mimo baby monitor is a wearable device that builds on Edison. A lapel pin of sorts for baby onesies, the device monitors movement and breathing; when the little one starts to stir, it directly triggers a connected bottle warmer to begin heating up some breast milk or formula. (It can also warm up a hot toddy for mom or dad.)

With wearables and the Internet of Things, what we’re really talking about is a world where more Internet-connected computers cease being particular objects that sit on desks or laps or in pockets and become an aspect of most other objects. The size of that potential market makes clear why Intel is muscling its way in.

How many fewer seconds will hungry babies cry in this Brave New World? Well, that remains to be seen.