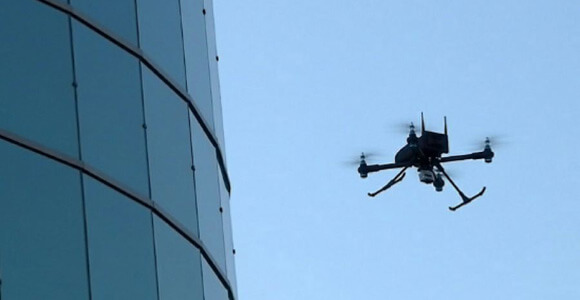 More than 80 Americans die in automobile collisions every day, and two weeks ago one of those deaths occurred in an accident in Hartford, Connecticut. The story would have been little more than a blip on local news programs but for one thing: The police spotted a drone flying around the accident.

With the FAA actively trying to determine how to regulate the civilian use of drones, everything about the accident then became news. But, as an indication of how little the public understands the issues related to drones, news reports got most of it wrong.

The FAA has opened an investigation into the use of the drone, local news reported and the agency confirmed for Singularity Hub. Several outlets reported that the inquiry was focused on whether the drone operator, Pedro Rivera, was filming for a local news agency (The station where he sometimes works, WFSB, says he was not). In other words, was Rivera a hobby operator or a commercial operator? And did the drone, which was circling a vehicle involved in the accident before the body was removed, violate the privacy of those involved by videoing the scene?

But an agency spokesman told Singularity Hub that the focus of the probe was not privacy, but safety. The FAA is investigating whether the drone might have caused the accident or potentially risked causing another by flying in a “careless and reckless manner,” the spokesman said.

The FAA currently imposes very strict rules on the civilian use of drones: The vehicles themselves must be approved; the operators must have pilot licenses, and the flights must get specific FAA approval, the agency said. 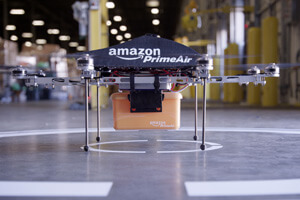 So strict are the rules, in fact, that the video Amazon released demonstrating the plausibility of delivery-by-drone was shot outside the United States, according to the FAA.

Rivera’s flight was thus almost certainly not sanctioned — and raises questions about how many other desperate freelance journalists may be operating drones to get a leg-up on local news gathering. But the FAA generally enforces its ban on commercial drone flights with warnings, and saves investigations for safety issues, according to the agency spokesman.

“We have to prioritize our safety resources. That said, UAVs are on our radar, so to speak,” the spokesman told Singularity Hub.

The FAA receives complaints about commercial drone use and also follows up on any online advertising that promises video or camera footage from unmanned aerial vehicles, or UAVs, which is what the FAA calls drones.

But the spokesman said, “Our prime objective in that case is to make sure they understand what the rule is and to get them to stop.” 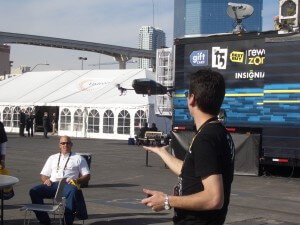 Some drone advocates, meanwhile, maintain that despite its regular assertions that commercial use of drones is banned, the FAA cannot point to any written policy to support its stance.

“The so-called ‘ban’ on commercial drone use is based on an unenforceable FAA policy statement, not an actual regulation,” Brendan Schulman, a New York attorney who focuses on technology, told one Hartford news program.

In other words, there’s little agreement on what’s legal when it comes to drones. One can only hope that regulations the FAA will propose by the end of the year will clear things up.