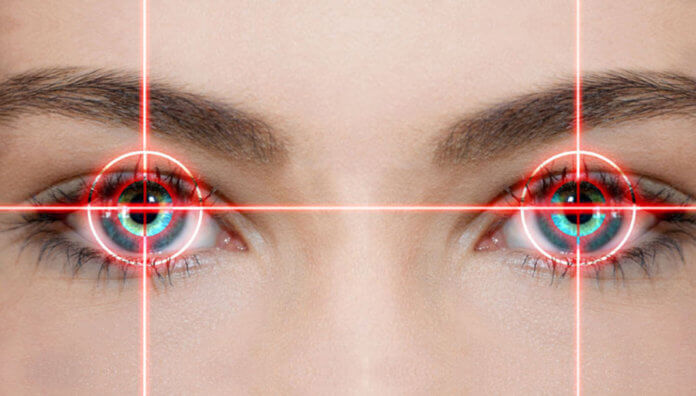 Seeing the infrared spectrum has a number of applications that go beyond the nighttime war games glamorized in adventure flicks. Doctors can use the wavelengths to monitor blood flow, and civil engineers can use them to identify heat or chemical leaks. And they may be able to do so without the clunky goggles seen on film.

Researchers at the University of Michigan, led by electrical engineer Zhaohui Zhong, have devised a way to capture the infrared spectrum without requiring the cooling that makes infrared goggles so cumbersome. The method uses the trendy nanomaterial graphene and works on a device smaller than a pinky nail.

It was already known that graphene, a single atom-thick carbon lattice, could sense the infrared spectrum at room temperature. The trouble is it isn’t sensitive enough to produce an electrical signal that would feed into goggles or whatever other device.

“The challenge for the current generation of graphene-based detectors is that their sensitivity is typically very poor. It’s a hundred to a thousand times lower than what a commercial device would require,” Zhong said. 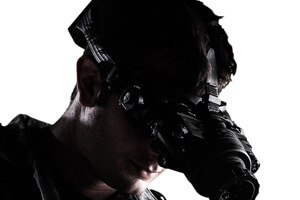 Zhong and his colleagues therefore turned away from the conventional method of using electrons freed when infrared light hits graphene to drive an electrical current.

Instead, in a paper just published in Nature Nanotechnology, they measured how the light-induced electrical charges on a top layer of graphene affected a current running through a bottom layer of the material separated from the first by an insulating barrier. (When electrons were loosed by contact with the light, they left behind positively charged holes in the top layer, producing an electrical field that affected the flow of electricity through the bottom layer.)

The researchers say the ultra-thin graphene sandwich detects the troublesome mid-infrared spectrum nearly as well as existing viewers, but without the bulky coolers.

And it’s so thin that it could be integrated in cell phones, eyeglass-mounted computers and even contact lenses to provide an infrared-vision mode. Commando units wouldn’t be the only ones to wear souped up POV computers or contact lenses; doctors and emergency first responders could, too.

“If we integrate it with a contact lens or other wearable electronics, it expands your vision. It provides you another way of interacting with your environment,” said Zhong.

Graphene, whose discovery earned the 2010 Nobel Prize, has also been credited with being superconductive, super-capacitating, and super strong and ultra-flexible. And because it’s made entirely of carbon, proponents say it’s environmentally friendly to boot.