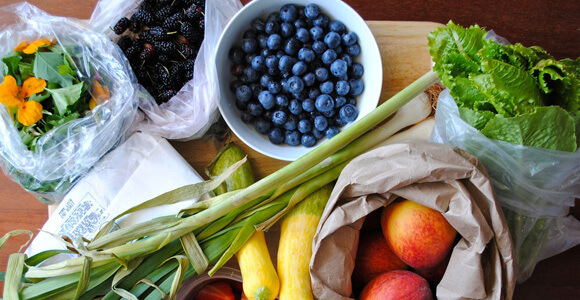 It’s probably not news to most readers that we should all eat more fruits and vegetables. The advice has circulated seemingly since time immemorial, but some researchers at the University College of London have backed it up with hard evidence, measuring the benefits of each daily serving of colorful plant matter.

Their findings: Those who eat seven or more servings of fruits and vegetables a day cut their risk of death at any age by 42 percent compared to those who don’t get a full serving of the foods.

“We all know that eating fruit and vegetables is healthy, but the size of the effect is staggering,” epidemiologist Oyinlola Oyebode, the lead author of the study, said in a news release.

Perhaps more compellingly, the study, published in Journal of Epidemiology & Community Health, was able to document the death-defying benefit of each additional daily portion of fruits and vegetables. By eating between one and three portions, study participants reduced their chance of dying during the 12-year study by 14 percent. Eating 3-5 servings offered a 29 percent advantage, while 5-7 portions reduced the chance of death by 36 percent. The numbers were adjusted to exclude other health factors.

“People shouldn’t feel daunted by a big target like seven,” said Oyebode. “Whatever your starting point, it is always worth eating more fruit and vegetables. In our study even those eating one to three portions had a significantly lower risk than those eating less than one.”

Researchers — who followed a nationally representative sample of more than 65,000 Britons over age 35 for 12 years — parsed the risks of death specifically from cancer or cardiovascular disease. The risk of death from heart disease was nearly a third lower among study participants eating seven servings of fruits and vegetables a day. The vegetable eaters also pruned their risk of deadly cancer by 25 percent.

Few pharmaceuticals have data that persuasive. For example, statins, hailed as a miracle drug for cardiovascular disease, statistically reduce major cardiac events by 18 per 1,000 people over five years, according to one major study.

There’s one little bitter pill among the findings, though: Vegetables are better for you than their sweeter cousins. 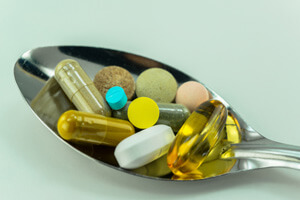 Colorful plants could potentially supersede dietary supplements among health and wellness aficionados, at least if marketing campaigns have no say in the matter: A set of studies published in the Annals of Internal Medicine recently made waves by concluding that multivitamins have not shown any health benefits whatsoever.

And health nuts are being encouraged to add more tree nuts to their diet, even though they are high in fat. A recent U.S. cohort study found that nuts reduced the chance of death by 20 percent and was not linked to higher body-mass indexes.

In matters of healthy diet, then, it seems that the oldest advice is probably the best.