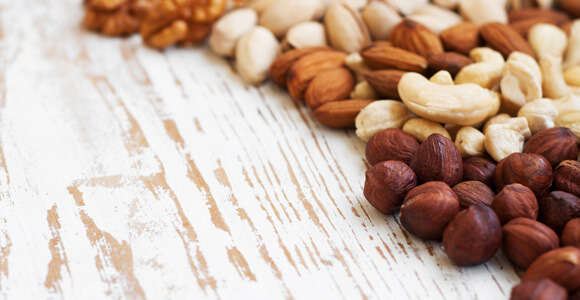 Those who ate nuts nearly every day were 20 percent less likely to die in the course of two 30-year cohort studies, according to data analysis conducted by researchers at the Dana-Farber Cancer Institute, Brigham and Women’s Hospital and the Harvard School of Public Health and published in the New England Journal of Medicine. 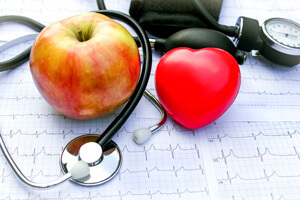 The study found that both tree nuts, such as almonds, cashews, Brazil nuts, and peanuts delivered the health and longevity benefits in direct proportion to consumption. Researchers crunched data from large cohort studies that tracked the health of 119,000 men and women for 30 years and included detailed dietary questionnaires every four years.

Here’s the kicker: The nut eaters were also slimmer and had lower rates of type 2 diabetes.

“Somebody might read our study and say, well that’s fine but if we start encouraging nut consumption that might lead to a greater chance of obesity, which is a major problem in the United States. But what we find is regular nut consumers are actually lighter; there’s less obesity in that group,” said Charles Fuchs, the director of the Gastrointestinal Cancer Treatment Center at Dana-Farber and the senior author of the paper.

Previous studies have also pointed to a correlation between eating nuts and lower risks of heart disease, type 2 diabetes, colon cancer and diverticulitis. Higher nut consumption also has been linked to reductions in cholesterol levels,  inflammation and insulin resistance.

A recent study sponsored by the almond industry found that Americans who snacked on that nut generally made up for the calories by eating less throughout the rest of the day. 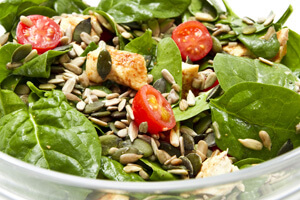 Critics of the Harvard findings noted that those who eat nuts may eat fewer potato chips or more salads, and those behaviors may account for their improved health. It could just be those dark leafy greens, after all.

While acknowledging that they haven’t pinned down causation, the Harvard researchers are confident enough that they plan to look for specific chemical components in nuts that would explain trimmer waistlines and healthier hearts.

“We’re trying to understand what is the benefit, what’s the mechanism by which these things reduce the risk of dying of heart disease and cancer as well as reducing the risk of diabetes,” said Fuchs.

The next step will be studying the blood and tumor samples from those collected in the cohort studies “to see what pathway nuts are affecting and then hopefully hone down what chemical or chemicals within nuts contribute to benefits,” Fuchs said.

Nuts may be an underwhelming prescription for longevity for those hoping for big gains. But the secrets to a long-life don’t appear to be all that secret. Particularly in developed countries, eating too much and exercising too little account for a big share of deaths, so changes in diet have the potential to move the needle on life expectancy.

Improved treatment for cancer could also boost life expectancy numbers significantly. But because it seems increasingly remote that a single fix will work for all types of cancers, progress is likely to be piecemeal.

Studies of the mechanisms of aging itself — the modern search for the fountain of youth — are in their intellectual infancy.