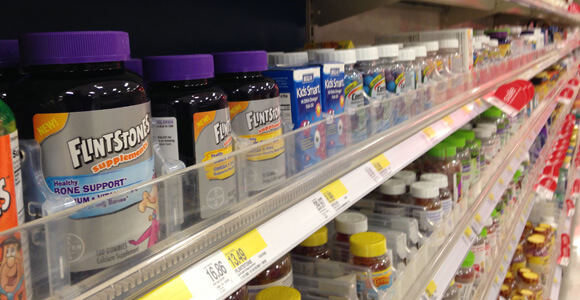 The keys to a long, healthy life are exercising and eating well. But exactly what constitutes eating well is something that remains surprisingly undecided given the sophistication of modern science and the central role nutrition plays in good health.

In fact, one recommendation that most doctors seemed to agree with — take a daily multivitamin to plug any gaps in your diet — is facing a serious challenge in the Annals of Internal Medicine. The journal’s current issue features two studies and a meta-analysis which all conclude that multivitamins don’t deliver any significant health benefits.

“Most supplements do not prevent chronic disease or death, their use is not justified, and they should be avoided,” the journal’s editors wrote in a note called, “Enough Is Enough: Stop Wasting Money on Vitamin and Mineral Supplements.”

Vitamins and dietary supplements are a $12 billion industry in the United States.

One study followed nearly 6,000 men over age 65 for more than a decade and tracked cognitive function among those who took multivitamins and a control group. It found no benefit to the vitamins.

Another study tracked patients recovering from heart attacks who were given multivitamins or a placebo for four years. Although many patients in both groups stopped taking the pills, the vitamin group appeared to be no better off than the control group.

Perhaps most damningly, the meta-analysis sought out the best long-term studies on the effects multivitamins and common single-nutrient supplements had on cardiovascular disease and cancer. It found that taking multivitamins had no effect on the subjects’ chance of dying during the studies. Multivitamins showed a small anti-cancer benefit for men, but none for women. And smokers who took beta-carotene supplements had a greater chance of developing lung cancer than those who took nothing.

The journal editors cite other studies that show that vitamin E and high-dose vitamin A supplements likewise increase the risk of death. Vitamin D remains an open area of investigation, they say.

The findings were not without critics. Participants in the study were all basically well-nourished, meaning that the findings may not apply to those who do not get enough of the nutrients in their regular diets. The men in the cognitive function study were physicians, who have the financial resources and education to eat a balanced diet.

The Natural Products Association, a trade group, pointed to flaws in the research.

“The authors’ hypothesis is flawed in that multivitamins are not intended to cure chronic disease or prevent death solely on their own. They are designed to address nutrient deficiencies, and to aid in the general health and well-being of consumers. Multivitamins are not meant to serve as the answer to all of life’s ailments; they are, however, an important piece of the puzzle in leading a healthy lifestyle,” Cara Welch, the group’s senior vice president of scientific and regulatory affairs, said in the statement.

“Two-thirds of us are overweight, a quarter over 50 have two or more chronic conditions, so there’s a substantial population that one would hesitate to call healthy,” she said. “You’re not getting any of these micronutrients from Coke and Twinkies.”

Even so, longevity hounds who follow Ray Kurzweil’s lead in taking numerous nutritional supplements as they wait for big medical breakthroughs are not — Singularity Hub can only assume — subsisting on Coke and Twinkies.

For those looking to make the best use of healthcare dollars, it may be time to scratch multivitamins off the grocery list.