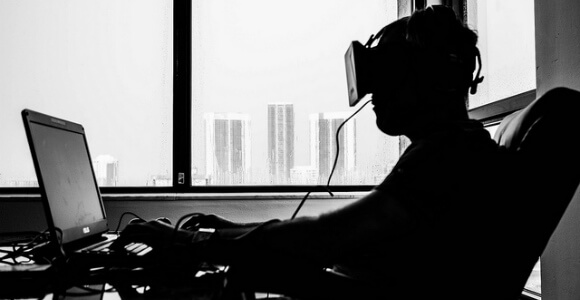 This is a huge deal… and here’s why:

The CEO of Oculus went from:

This is one of the more striking examples of exponential growth as of late, and hits on many of the lessons we’re learning about at the Abundance 360 Summit.

Let’s break down why this is so incredible.

Crowdfunding — As we’ve discussed, crowdfunding can help you secure your seed investment (which for Oculus was $2.5M) by validating your market and fit. Then, with the momentum you build, you can raise venture capital. In this case, that meant $95M… This deal substantiates the claim that the value of crowdfunding is so much more than just the money raised during the campaign. Oculus VR received incredible market validation and curated a massive network of passionate developers to push the technology (and business) forward.

The User Interface Moment — As we discussed at Abundance 360 this year, the key to monitoring exponential technologies is looking for User Interface moments, which herald something big. Very big… (If you are unfamiliar with the term “User interface moment,” think back to the Mosaic Web Browser created by Marc Andreessen. It was the moment when “the web” became useful to the world).

Breakthroughs Coming from a Novice — There have been MANY attempts to bring virtual reality headsets to mainstream audiences, and hundreds of millions have been spent in the process. This breakthrough didn’t come from an expert (who normally can tell you what can’t be done) but from a passionate novice who didn’t know what couldn’t be done. So, it would only make sense that Marc Andreessen was the lead investor in Oculus VR – a veteran in spotting the true “user interface moment” and capitalizing on timing.

Passion Trumps All — How can a 20-year-old USC dropout succeed where experts of the past have failed? Passion. This story should inspire everyone to pursue his or her passions. Palmer Luckey, the founder and creator of Oculus VR, had but one goal: make video games even better than they already were. Once Palmer realized he could use virtual reality to fulfill his dream, he did everything in his power to make it come true. Luckey’s approach to this was simple: “Use virtual reality to make me love something more than I already do.” You need to build things with a purpose. Pursue things with a fiery passion that gets you out of bed in the morning. Don’t just go build something for the sake of building something.

I hope you find this useful. I wanted to bring to life some of the critical lessons we studied together at Abundance 360 so you can remind yourself how to apply them in your own startup or business.

At the next Abundance 360 Summit, I plan on diving even further into virtual reality and the huge boom it could create across all industries. The potential impact it will have on the cost of business, travel, real estate, etc. is enormous. I hope to see you there.

My MTP is: “To empower entrepreneurs to create extraordinary wealth while creating a world of Abundance.” (What’s yours?)