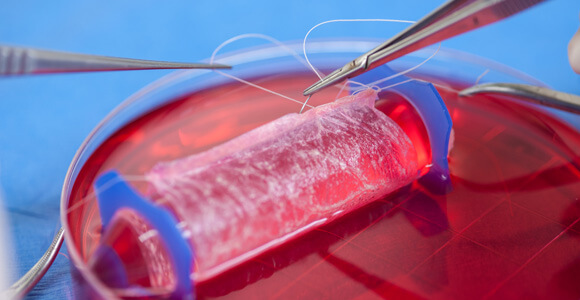 The work of scientists trying to manufacture major human organs like the brain and heart in the lab has generated a lot of buzz, even though it will most likely be decades before the lab-grown organs are exact enough to be transplanted into patients.

But scientists are already successfully replicating some of the less intricate parts of the human anatomy. Two such studies led the editors of The Lancet to trumpet in the most recent issue “Tissue engineering’s green shoots of disruptive innovation.” 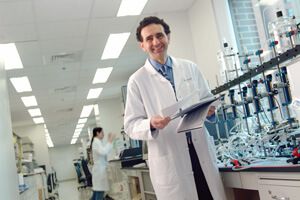 The journal marked two sets of results: In one study, Swiss doctors used patients’ cells and a structure made of pig collagen to provide healthy sinus structure in five patients who had lost much of their noses to skin cancer. In another, Anthony Atala, a pioneer in regenerative medicine, documented that young women who received custom-fitted vaginal canals made from scaffolded human cells grown in the lab, saw healthy tissue grow with their bodies and enjoyed normal sex lives 5-8 years after their surgeries.

Okay, it’s a little weird to be talking about vaginas here, but that’s kind of the point. While this work in regenerative medicine lacks the unembarrassed awe that greets lab-grown hearts and brains, the patients’ quality of life — their ability to have normal sex lives — depends on it.

The young women Atala treated suffered from a rare condition, Mayer-Rokitansky-Küster-Hauser (MRKH) syndrome, in which the vagina, and sometimes the uterus, is absent. The girls were between 13 and 18 years old at the time of the surgeries performed in Mexico City between 2005 and 2008. Their subsequent sexual satisfaction was self-reported using a standard set of criteria.

Currently, women with MRKH syndrome undergo dilation of existing tissue or grafts of skin or the tissue that lines the abdominal cavity. But graft shrinkage and infections are common.

“This may represent a new option for patients who require vaginal reconstructive surgeries. In addition, this study is one more example of how regenerative medicine strategies can be applied to a variety of tissues and organs,” Atala said in a statement provided for press.

Though Atala has used stem cells in other processes, in this case, doctors took a tiny sample of vulvar tissue from each patient and used it to cultivate smooth muscle cells and vaginal epithelial cells in the lab. (In other words, they did not first turn the cells into induced stem cells.)

While Atala has used 3D printing in some of his treatments, the scaffolds that gave the tissue its shape were hand-sewn from a decellularised segment of pig intestine. 3D printing would be needed to bring costs down if the number of procedures rises.

The structure was surgically attached to the patients’ reproductive organs. The scaffold gradually biodegraded and the cells expanded and formed normal vaginal walls.

Atala, whose lab was the first to implant lab-grown organs into human patients, earned TED fame for a talk in which he showed off a young man who had received a replacement bladder based on an approach similar to the one used in Mexico City. Research for the MRHK treatment began in the early 1990s and had already shown that once cell-seeded scaffolds are implanted in the body, nerves and blood vessels form and the cells expand and form tissue.

As The Lancet observes, this latest work suggests that many quality-of-life medical issues might be helped using the lower-tech, clinic-ready versions of stem cell-inspired therapies.