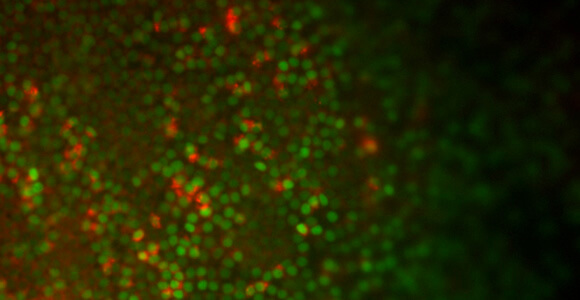 Since the development of induced pluripotent stem cells in 2006, scientists have managed to use the manufactured stem cells like seeds to grow a wide range of tissues and rudimentary organs. These advances have generated a lot of excitement about future applications — specifically, the potential to grow new organs for patients rather than requiring them to wait for a transplant.

It’s an exciting endpoint, but there are still major hurdles to clear before we get there. Different tissue types have not proven equal, and researchers are still struggling to coax stem cells to take on certain roles, including workhorses like lung cells. But Columbia University researchers recently managed to develop functional lung and airway cells from human iPSCs.

In work published in Nature Biotechnology, the researchers developed six types of lung and airway cells and documented evidence of basic functionality.

“Researchers have had relative success in turning human stem cells into heart cells, pancreatic beta cells, intestinal cells, liver cells, and nerve cells, raising all sorts of possibilities for regenerative medicine. Now, we are finally able to make lung and airway cells,” said study leader Hans-Willem Snoeck in a news release. “This is important because lung transplants have a particularly poor prognosis.”

By removing chemicals that seem to stymie the development of lung cells, Snoeck and his colleagues were able to obtain more lung cells from the stem cells (see photo above). The resulting cells showed evidence of working as they would in the body, with Type 2 aveolar cells absorbing and releasing surfactant, which helps maintain the cells where gas exchange takes place.

Solid evidence, in other words, but not a home run.

Even successful lab-grown cells often perform at just a fraction of the levels of cells in a living human body, according to tissue engineering expert Jordan Miller, of Rice University.

“You can make iPSCs — take them back to the pluripotent stage and then go forward down a liver or a cardiac cell line — but the performance of those cells after they’ve been differentiated is a very small percentage of what they need to be,” Miller told Singularity Hub.

For instance, in a recent development covered by Singularity Hub, researchers crafted a heart that beat, but it didn’t beat with enough power or synchronization to sustain a life.

Efforts to create organs in a laboratory also often see cells die too soon. That’s the problem Miller has tackled by building, with 3D printers, rudimentary vascular structures to support the cells while they’re studied.

Miller and Snoeck are at the cutting edge of regenerative medicine, and yet both think it will be a long slog to get to custom-made organs. 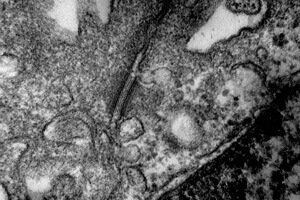 “When people ask me how long it will be before we have implantable organs, I think it will be at least several more decades,” Miller said.

“Any clinical application is still many years away,” Snoeck said.

Even so, the lung cells could soon be used in “lab on a chip” applications, in which researchers expose the specialized stem cells to medications to get an initial idea of how they might affect human subjects. Researchers can also learn more about some diseases by modeling them in the lab, using the stem cells of an affected person.

Snoeck had previously collaborated with Boston University researchers who were able to learn more about the path that embryonic tissue takes on its way to becoming lung tissue by inserting a gene that glowed green each time the stem cells expressed a gene called Nkx2-1, indicating they were taking a step toward becoming lungs.