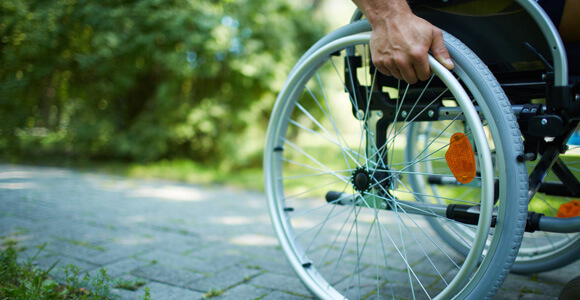 Rob Summers surprised even his doctors. Doctors had fitted the former University of Oregon basketball player, who had been paralyzed by a hit-and-run driver, with a set of electrodes that stimulated his spinal cord in hopes of bringing back some basic, semi-involuntary forms of motion. But Summers reported being able to produce some voluntary motions.

The development was stunning because intentional movement requires information to travel from the brain down to the lower spinal cord, a pathway that had been rendered nonfunctional by the young man’s injury. The results were published in The Lancet and reported on Singularity Hub.

But was Summers an unusual case, whose spinal cord injury had perhaps been inaccurately diagnosed? To find out, the doctors, led by Claudia Angeli, of the University of Louisville’s Kentucky Spinal Cord Injury Research Center, launched another study of epidural electrical stimulation, recruiting three more young male subjects. As Angeli and her colleagues report in the latest issue of the journal Brain, these men, too, regained some voluntary movement of their previously lifeless limbs.

“This is groundbreaking for the entire field and offers a new outlook that the spinal cord, even after a severe injury, has great potential for functional recovery,” Angeli said in a news release.

All of the study participants had been injured at least two years before. Two were identified as completely paralyzed, meaning that they could not move or perceive touch below the site of their injury. These two were intended to be a control group, but they also managed to produce voluntary movements when the stimulator was on. Stimulation essentially alerts the brain that information might be coming in from the extremities. Several patients also reported improvements in some of the involuntary and semi-voluntary functions with which paralysis wreaks havoc — bladder and bowel control, blood pressure and sexual function — even when the stimulator was off.

Most of the men are now able to stand on their own for a few minutes at a time.

The electrical therapy doesn’t just open up new avenues of treatment for patients of paralysis; it challenges the basic medical understanding of spinal cord injury, the researchers said.

“Rather than there being a complete separation of the upper and lower regions relative to the injury, it’s possible that there is some contact, but that these connections are not functional. The spinal stimulation could be reawakening these connections,” Reggie Edgerton, a UCLA researcher and an author of the studies, said in a news release put out by the NIH, which partially funded the research.

The researchers are now turning their attention to improving the electrical treatment, by upgrading the off-the-shelf stimulator designed to ease severe back pain with one made to awaken the spinal cord. They’re also looking at ways to deliver the electricity through the skin rather than by surgically implanting the device.

But the patients remain focused on increasing their independence and activity.