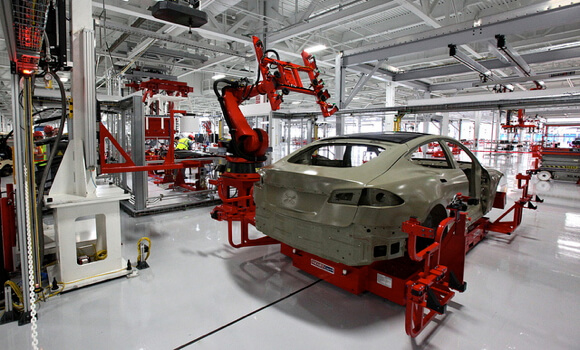 Japan and car manufacturing are pretty much synonymous with robots. Some of the most advanced and practical bots hail from the former and work in the latter.

It may, therefore, surprise you to learn Japanese carmaker, Toyota, is flipping the equation by replacing robots with humans to boost efficiency.

But it’s not what you think. Not exactly, at least.

Toyota is involving humans in already automated processes not because they’re better than machines at the manual part, but because they need to know firsthand what the machines are doing so they can figure out ways to further improve them.

It’s all part of a larger strategy by the firm’s president, Akio Toyoda, to ease off the growth pedal, take a good hard look inward, refocus on quality, and cut costs.

Instead of running automated manufacturing processes, some Toyota workers have been making parts from scratch—forging and hammering crankshafts, for example. Toyota claims suggestions from these craft-focused teams over the last three years have shortened the production line 96% and reduced materials waste 10%.

“We cannot simply depend on the machines that only repeat the same task over and over again,” Toyota’s Mitsuru Kawai told Bloomberg. “To be the master of the machine, you have to have the knowledge and the skills to teach the machine.”

At Toyota, craftsmen with such knowledge were once called ‘gods’ for their ability to make just about anything from scratch. But the firm isn’t aiming to increase divine workmen and decrease robotic labor in the long run—quite the opposite. 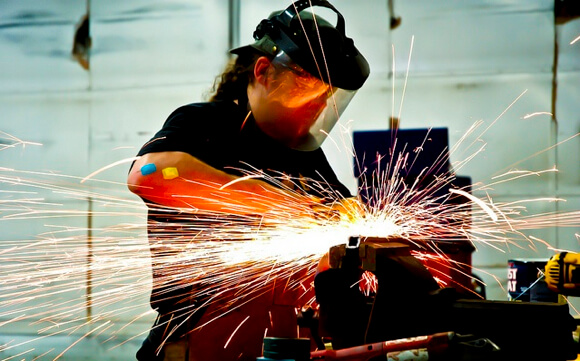 In recent years, a growing chorus lauds the latest iteration of automation and robots but warns of growing structural unemployment due to technology—that is, joblessness that is not cyclical, but is long-term, endemic, and hard to reverse.

Toyota’s strategy shows people are still much needed in industrial processes. Machines don’t get better without human ingenuity, but even that requirement may not last forever. Artificial intelligence is pushing into realms once reserved for humans only.

Take for example Narrative Science’s news writing algorithms. They’re still used for straightforward, formulaic articles, but the result is nearly indistinguishable from what a human writer might produce. Or consider Philip M. Parker’s automated system that can write books in 20 minutes (hundreds of thousands of which are on Amazon).

As software becomes more intelligent, we may automate machine evolution itself.

Instead of human engineers and skilled craftsmen, the machines may analyze their own processes and make suggestions to improve efficiency—even, in the future, build new generations of robots themselves in a kind of self-contained robot reproductive cycle.

As we forecast where artificial intelligence is going, if not exactly when, some believe there is but one conclusion: Machines won’t need humans to do anything at all anymore.

It’s a very old story, and so far, one that hasn’t proven the least bit true in practice.

In today’s developed countries, nearly everybody used to farm the land, now almost nobody does. In the place of agriculture, we went to work in factories. Now, in the place of factories, we’re blogging, writing software, playing sports, designing web sites—a plethora of new jobs to keep ourselves occupied and pay the bills.

More jobs of varying skill levels may rise up in the arts and entertainment. And we may value the one resource a machine can’t duplicate—human connection. People pay top dollar to be in contact with each other, to network at conferences, for example. Meanwhile, psychologists, personal trainers, and life coaches are on the up and up.

Though the transition from one way of life to another is always bumpy, arguably, even that is getting easier. That is, current generations are more flexible and their identity is less tied to any specific job or locality. These days, we try on multiple hats throughout our careers as opposed to working for one company, doing one job for 40+ years.

And if, one day, everything really is done by artificial intelligence and robots, is that such a bad outcome? There are those who worry inequality will soar and the robot makers will become an ultra-rich ruling class. But they won’t get there unless there’s someone to buy their product. And no one will buy robots or AI if no one can afford robots or AI.

Another scenario is the technology that these incredibly rich entrepreneurs create will increasingly provide more people with basic needs (and beyond) on the cheap. Less and less income will buy more and more.

Such a trend has long been evident and is redefining poverty in some places. A New York Times article asks, “Is a family with a car in the driveway, a flat-screen television and a computer with an Internet connection poor?” (And an implied if not explicitly stated observation—the car has a driveway and likely a house or apartment attached.)

The article’s central chart shows just how far prices have fallen in consumer electronics, automobiles, and computing. It also shows prices for health care and higher education have risen—but they’re simply the next sectors of the economy to be reworked by information technology and automation.

And humans won’t stop creating physical things just because robots can too. Even now, people make (and sell) plenty of items (including custom cars) that are more easily, efficiently made by machines. There is something very satisfying about making unique things with our own hands (or getting something made by someone else’s hands).

If history is a guide, in the future, we’ll find plenty of activities to make life meaningful, even as the rigors and requirements of simply getting by continue to loosen their grip.