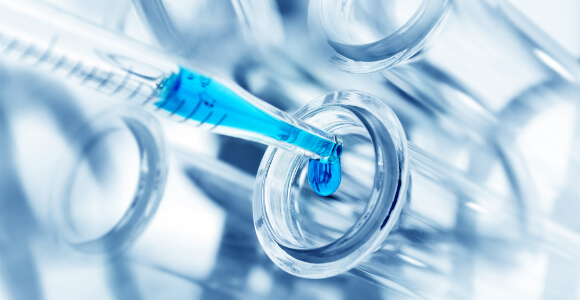 In thirty years of covering (as an author/journalist) and working on (as an entrepreneur/activist) both ecological issues and technological breakthroughs, I’ve come to the conclusion that the greatest environmental threat we now face is the sad fact that, for the most part, environmentalists and technologists refuse to speak to one another.

This has long made me crazy. One example comes to mind. When I was researching Abundance, I was on the phone with one of the world’s leading experts in water. He told me that no matter what happened, no matter what technology was utilized, Sub-Saharan Africa was still totally screwed. “Totally screwed?” I replied, “What about vertical farming, which can grow crops with 80 percent less water, or in-vitro meat, I mean, half the water in the US goes to grow grain that feeds cattle.”

There was a long pause and finally the water expert looked at me and said: “What are vertical farms and in-vitro meat?”

But for the very first time, there’s a bit of hope on the horizon—hope comes in the form of a new species of chestnut trees.

The old species—the classic American chestnut—is nearly extinct. In the early 1900s, the fungus Cryphonectria parasitica was imported to the U.S. via Asian chestnut trees. The results were devastating. By the 1950s, most of the four billion chestnuts trees that once blanketed the US—providing, among other things, a great, rot-resistant hardwood for use in things like fence posts, railroad car and log cabins—were completely gone.

All this, though, is starting to change. A 20-year project in cutting-edge biotechnology is bringing these trees back from the brink—marking the very first time biotechnology has been used to combat extinction.

Researchers at the American Chestnut Research and Restoration Project, led by William Powell and Charles Maynard of New York University in Syracuse, have created a genetically modified version of the American chestnut that is completely fungus-resistant. Known as “Darling4,” these homebrewed trees contain the wheat gene OxO, which produces an enzyme that blocks the acid the fungus uses to attack the trees. Even better, after long years of work, the trait appears heritable.

This is a huge step forward. It will hopefully move ecology beyond its too often far-Luddite position and put it in line with current thinking about agriculture—thinking UC Davis plant pathologist Pamela Ronald well-summarized in the Economist:

A premise basic to almost every agricultural system (conventional, organic, and everything in between) is that seed can only take us so far. The farming practices used to cultivate the seed are equally important. GE crops alone will not provide all the changes needed in agriculture. Ecologically based farming systems and other technological changes, as well as modified government policies, undoubtedly are also required. Yet. . . there is now a clear scientific consensus that GE crops and ecological farming practices can coexist, and if we are serious about building a future sustainable agriculture, they must.

This co-existence is critical to the future of the environment as well. And the chestnut is bringing this issue to the fore. Since 2006, scientists have been growing over 1000 of these GE-trees in contained plots, but now they are applying to the US government for permission to move them into the wild. No question about it, the approval process could be sticky. Not only does the EPA and the Department of Agriculture have to approve this wild-release tree, but because the chestnuts are edible—and because there’s no way for wild chestnut trees to come with the kind of ‘Contains GMO’ labeling that states like Vermont now demand—the FDA will also get to weigh in as well.

But if these trees prove safe (meaning they won’t destroy wild environments etc.), then not introducing them into the wild for unfounded fears about GMO (too long to go into all this here, but let’s just say over a billion GMO meals have been served and no cases of illness has ever turned up and, probably more germane here, despite widespread panic about the dangers of GMO crops to the natural world, turns out, after over 50 years of research, these crops are seriously environmentally-beneficial).

Put differently, current global extinction rates are 1000 times higher than normal. Two of the largest drivers of those horrifying numbers are deforestation and threats from invasive species (like the Chinese chestnut that brought fungus to America). Not using biotechnology to combat these threats is going to take away the largest advantage we have in fighting these threats. It’s like cutting off our nose to spite, not just our face, but the whole rest of our body.

*Dig this story? Then check out Steven’s latest book—The Rise of Superman—an exploration of the far frontiers of ultimate human performance.