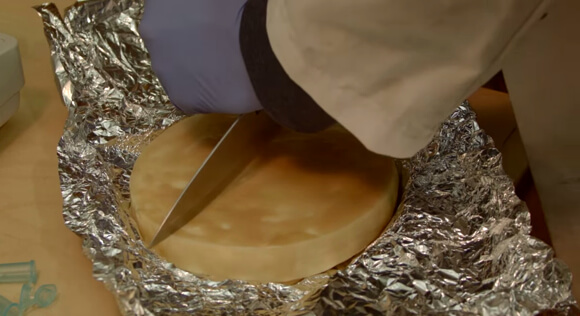 If you’re against killing animals for food and clothing or believe industrial farming is too resource intense, you may have given up some of life’s greatest pleasures. No juicy steak for you, no deliciously sharp cheddar cheese, and certainly no fine Italian shoes. But what if you could make real beef, cheese, and leather—without a cow?

Scientists are hard at work on just such a sci-fi solution. The latest news? Oakland’s Counter Culture Labs and Sunnyvale’s BioCurious are teaming up to make vegan cheese in the lab. But this is no dubious nut or soy cheese. We’re talking the real deal—only no animals were harmed, or even directly involved, in the making of the cheese.

In their recently launched Indiegogo campaign, the Real Vegan Cheese team describes how this is possible. As you might have guessed, the secret is a combination of genomics, synthetic biology, and genetic modification.

The team first studied animal genomes to isolate the gene sequences responsible for producing milk protein or casein.  After optimizing the genes to work within yeast, they synthesized the gene from scratch in a genetic compiler, base pair by base pair. There’s no need to touch a cow in the making of the cheese.

These synthetic milk genes are inserted into yeast cells which begin manufacturing caseins. After the cells have been left to do their thing for awhile, the scientists separate yeast from caseins, add sugar (not lactose—making the cheese edible for the lactose intolerant), water, and vegetable oil.

They now have real (synthetically derived) milk and can make any cheese using traditional techniques. And when they say any cheese, they mean it. The process isn’t constrained to cow DNA. They could, for example, use human genes. This may be disturbing, but in fact, we’re better at digesting milk from our own species.

And really, sky’s the limit in terms of which species’ milk DNA can be mimicked. After surpassing their funding goal of $15,000, the team said they’d make a batch of narwhal cheese (from the whale’s recently sequenced genome) if they hit their stretch goal of $20,000. In addition to selecting DNA, scientists can also select which of the various milk proteins their yeasts produce, removing those that may cause allergic responses.

Cheese is only the latest attempt by scientists to make animal products in the lab. 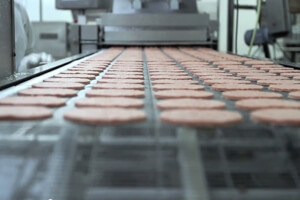 Last year, Maastricht University’s Mark Post cooked up a lab-grown burger (backed by Google’s Sergey Brin for €250,000) in front of a crowd of reporters.

Unlike our synthetic cheese, however, Post’s burger wasn’t vegan. It was made using biopsied muscle cells from a cow shoulder. The cells were then placed around a gel scaffold in a petri dish where they fed on fetal bovine serum and antibiotics.

The team hopes to figure out a process without antibiotics or fetal bovine serum, but their current method can theoretically produce ten tons of meat from just a few cells. Though the burger was technically beef, lacking fat, it didn’t prove too tasty.

Post thinks lab-grown meat is 10 or 20 years out—but another advocate of synthetic animal products, Andras Forgacs, thinks it might happen sooner. Forgacs’ Modern Meadow (a startup out of Singularity University Labs) is working on lab-grown leather, a problem Forgacs thinks will prove easier to solve in the short run.

Indeed, lab-grown meat or cheese will need to be proven safe to government agencies before it hits grocery stores. Real Vegan Cheese’s initial product, the result of their Indiegogo campaign, will be labeled “Not for Human Consumption.”

There will be fewer such constrictions on leather.

Like Post’s lab-grown burger, Modern Meadow uses biopsied cells to make their leather. Forgacs says the biopsies don’t harm the cows. The firm can make a square-foot of leather in roughly 1.5 months. Raising a cow takes two or three years.

Another advantage? Lab-grown leather may be consistently of higher quality, without flaws like scarring or discoloration, and therefore require less treatment.

The firm, recently the beneficiary of a $10 million dollar Series A investment, is trying to make their process as cheap as traditional leather. If they succeed, they’ll tap into a huge market—one that’s expected to reach a value of $91.2 billion globally by 2018. 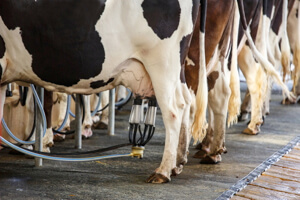 Whether it’s milk, meat, or leather, livestock production requires an estimated 30% of the world’s ice-free land and produces more greenhouse gas than global transportation. Some 67 billion animals are annually slaughtered for meat. And conditions on factory farms aren’t particularly animal-friendly.

It may not happen right away, but other than time, investment, and ingenuity, there’s little preventing synthetic biology from enabling the manufacturing of animal products indistinguishable from the real thing—even products that improve on the real thing—without ever involving a single animal.

Go here if you’d like to the support Real Vegan Cheese Indiegogo campaign—the project is staffed by volunteers, proceeds go to materials, equipment, and physical space, and all research and patentable tech will be released to the public domain.