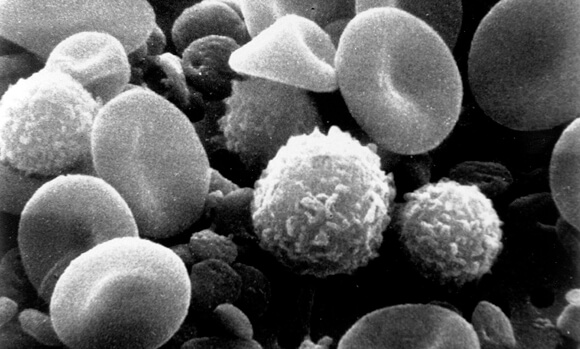 Absent an outright cure, it’s thought that early diagnosis of terminal diseases like cancer make treatment more effective and raise the probability of survival. But diagnosis is not always straightforward and often requires costly and invasive tests.

Simple, cheap, and accurate tests looking for the markers of disease may help.

One such method may be a blood test for cancer from University of Bradford researchers. The Lymphocyte Genome Sensitivity (LGS) test observes how DNA in lymphocytes (a type of white blood cell) is damaged under varying intensities of ultraviolet (UV) light.

According to Professor Diana Anderson, who spearheaded the project, cancer stresses the immune system, and she wondered if there was a way to measure the difference between how sick and healthy white blood cells respond to additional stress.

“We found that people with cancer have DNA which is more easily damaged by ultraviolet light than other people,” Anderson said, “So the test shows the sensitivity to damage of all the DNA—the genome—in a cell.” 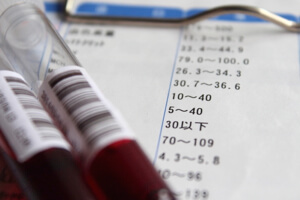 Early results in a study of the test found a well-defined demarcation between how white blood cell DNA was damaged by UV light in patients with cancer, folks in a pre-cancerous state, and healthy people. More specifically, the study found the test was accurate in those suspected of having melanoma, colon cancer, and lung cancer.

The three diagnoses—healthy, pre-cancerous, and cancerous—showed white blood cell DNA that was increasingly more damaged from one stage to the next. White blood cells in healthy bodies were the least damaged, cells in a pre-cancerous environment showed intermediate damage, and cells in patients with cancer displayed the greatest damage.

The scientists observed damage by subjecting the DNA to an electric field. Damaged DNA formed a “comet-like tail” of DNA fragments pulled to the field’s positive end. The longer the tail, the greater the damage.

Currently, tests of blood or urine provide doctors with clues but do not provide enough information to make a solid diagnosis. The researchers believe their test may one day be used to diagnose any type of cancer. Further, they don’t think its ability to detect the disease will be affected by other immune stressors—a cold or the flu, for example.

However, caution is warranted.

Though the chances the results happened at random were fairly low (1 in a 1,000), the study was small (208 individuals) and limited to three kinds of cancer. It’s too early to guess how the test will fair when subjected to wider study across more types of cancer.

A clinical trial is currently underway in patients suspected of having colon cancer. The standard diagnostic test for these patients would be a colonoscopy.

It’s hoped that procedures like the LGS test would present an alternative method of diagnosis, avoiding more expensive and invasive procedures like colonoscopies or biopsies. Such tests may also help doctors better investigate hard-to-diagnose cancers.