Dystopian visions of the future often explore post-apocalyptic scenarios where life on the surface is rare or extinct. If robots are commonplace when life were to disappear, what would their existence be like? Would they continue to carry out their functions among the decaying cities?

In the new short film L3.0 made by a team of students from Isart Digital, the subject is minimally explored when a bot designed for human companionship attempts to carry out its functions when humans are absent, for unknown reasons. 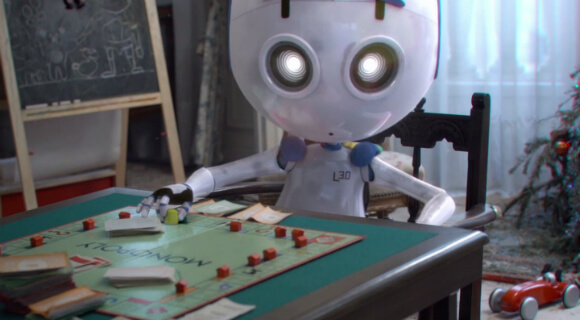 With the Arc de Triomphe in disarray and shots of Paris abandoned of all life, this sombre piece evokes a curious mood of wonder aided by some incredible effects.

Capturing a similar mood as Pixar’s WALL-E, in which a lone robot continues to clean up a waste-riddled Earth abandoned by humans long ago, the film shows how a companion bot might continue on in its function by finding surrogates to focus its attention on. A range of emotions are sampled in short order as L3.0 goes through what we can assume is a typical day. L3.0 playing Monopoly with a teddy bear is even reminiscence of the relationship that developed between Tom Hanks and Wilson the volleyball in Castaway.

Whether future robots are designed to meet people’s needs for relationship or they are imbued with human qualities, we can anticipate companion bots becoming commonplace. In fact, robots like Pepper from Softbank are already being designed to understand the most challenging part of human relationships: emotions.

Due to an aging population that’s continuing to live even longer, robots that can tend to both the health and companionship needs of the elderly are seen as the future of caretaking. Some people will likely even find relationships with bots to b superior than with humans. 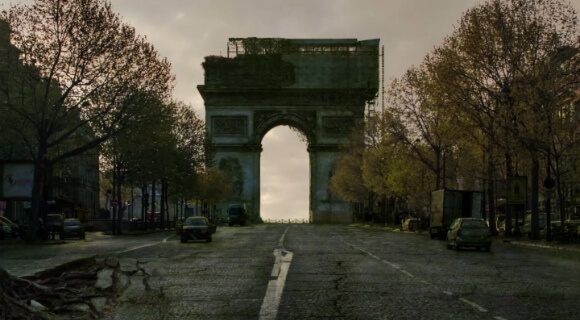 But what would robots do should humans disappear entirely? Operate as they were designed to until their power source runs dry.

Now that alone isn’t much of a story–the real story is how our humanity would continue on, even if it is only persists in what we’ve made, including machines.

Short films have the opportunity to not only demo the technical skills of ambitious filmmakers but also to reflect storytelling ability and unique points of view. The makers of L3.0 have created an intriguing 5-minute view of a future we hope never comes to pass where the carbon-based creatures are scarce even if silicon-based life somehow continue on.

via Short of the Week