Which New Technology Will Win the Race to Repair and Replace Our Organs?

[intro]An extraordinary competition is underway—one that could be more impactful to the human species than any other technological rivalry to come before it. Soon, the radical concept of substantially improving or outright replacing our organs is going to be commonplace.[/intro]

Globally, organ failure is a leading cause of death. But transplantable organs are in far too short of a supply around the world to help many in need—even former Vice President Dick Cheney had to wait 20 months to get his new heart.

Various methodologies, technologies, and even spiritual and philosophical preferences are dividing up this human upgrade quest. Companies are launching into the field, hoping to create the dominant longevity tech that people in the near future will use to live to 150 and beyond. Many futurists believe each of our major body parts will likely one day be replaced or significantly modified by extreme science and technology. 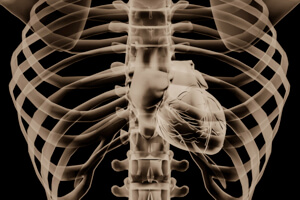 Recently, I wrote about the growing use of artificial hearts and optimistically predicted in 10 years robotic hearts may be equal or better than human hearts. On September 5th, a revolutionary new robotic heart—the Carmat heart—was fitted into a patient in France. According to the AFP, French Health Minister Mariso Touraine said, “This intervention confirms that heart transplant procedures are entering a new era.”

While researching artificial hearts, however, I was surprised to learn that healing damaged organs with stem cells or growing new organs outright may end up beating the creation of artificial organs to the marketplace.

Right away, I realized one of the great races of the 21st century might already be underway.

The technological rivalries of the 20th century have long fascinated people. The evolution of the transportation industry: cars vs. trains vs. airplanes. Or what about Bill Gates’ infamous tactics against Apple and IBM to establish Microsoft Windows as the dominant operating system in the world?

The healthcare industry has rarely had such a publicized competition, as most innovation was isolated to its own specific causes and needs. But the modern world of invention is now more connected than ever.

Hardly any major new science or tech emerges without WiFi capabilities, or microchip processors, or something synthetic. For example, robotic limbs are connecting to the nervous system. Chip implants can release hormones in the body. And exoskeletons are helping the disabled walk.

The synergies of this interconnected world are stronger than ever. Coders, engineers, and biologists often work hand in hand, all in the same lab.

“There’s no longer this big divide between medicine and technology,” says Gray Scott, a futurist and co-executive producer of upcoming documentary The Future of Work and Death. “We are increasingly becoming cyborg-like beings. We are becoming literally what we create. Biology, physics, and technology are evolving towards one-and-the-same-thing.” 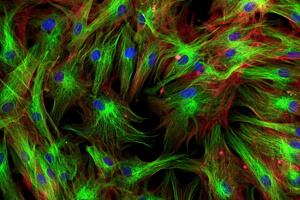 So which approaches are worth watching in the race to repair and replace our organs? While there is no single dominant method yet, I’m keeping an eye on three technologies: robotics, stem cells, and 3D-printed organs.

Diehard robotics fans believe the future lies entirely in becoming machines. Indeed, I agree that the long-term future will be dominated by robotics and then later by mind uploading, where no biological organs are used at all.

But not everyone will sign up for such radical technology in their lives.

Some people, for spiritual or philosophical reasons and preferences, may not want such extreme transformation, especially in the near term, while it takes society time to adjust to the strange but inevitable transhumanist age.

In the next five years, those people may be able to have it all. New stem cell technology will likely outpace the creation of robotic body parts for human use.

In the UK, a major study of 3,000 patients is underway to determine if injecting stem cells into heart attack-damaged hearts will speed recovery and lengthen lives. Early results are positive, giving experts hope that injected stem cells (taken from patients’ hips in the UK study) might offer a simple solution to healing damaged organs in the body.

More fascinating is the possibility of growing or even 3D printing organs (or bioprinting as it’s called) in the lab. For years now, scientists have engineered very minor parts of the body in laboratories, such as organ tissue. But now they have devised methods and devices that can create more complex cellular structures. For example, CNN reports that “last year a 2-year-old girl in Illinois, born without a trachea, received a windpipe built with her own stem cells.” The trachea was first constructed with plastic fibers and then stem cells were later meshed with it to create the respiratory organ.

One company, Organovo, a California start-up, has also had success in 3D printing tiny strips of human liver. These may be used to test new drugs. But one day they hope to produce a fully functioning liver for commercial purposes. And a team from the University of Louisville in Kentucky has also had some success printing human heart valves and small veins earlier this year, according to AP.

If this all sounds a bit far-fetched, it’s because it is so outside our realm of experience. Many people’s immediate reaction to such radical technology is fear. However, experts think such tech and its acceptance in the future will be determined more by need than anything else.

People tend to cling onto their preferences until their health significantly deteriorates. In a life and death medical situation, most people opt to go with what will save their life and enable them to be healthy again.

Companies creating radical new medical tech, such as entire synthetic organs, are profoundly aware of this. They hope to sidestep some controversy by focusing on the human aspects of their innovations—such as how artificial organs might grant more time with grandchildren and loved ones—and not whether the organ was grown, printed, or created in a factory.

At the end of the day, for most people, being healthy, productive, and having the ability to spend time with loved ones is what remains most important. In this way, no matter what technology or field of science wins the competition to build the best organs—flesh, machine, or a mixture of both—we are all winners. 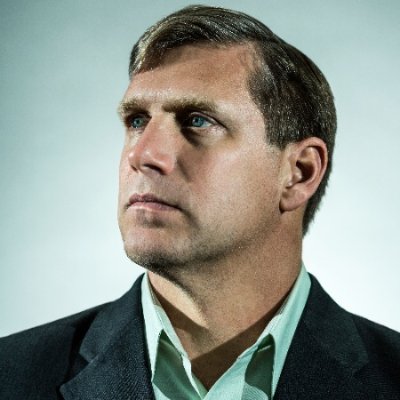 Zoltan Istvanhttp://www.zoltanistvan.com/
Zoltan Istvan frequently gives keynote speeches to large audiences on all topics of science, technology, and the future. As a world leader in his field, he’s consulted for the US Navy, spoke at the World Bank, advised executives at multi-billion dollar corporations, moderated panels, hosted television segments, and publicly debated celebrities and policy experts. Istvan also gives talks about his success as an entrepreneur, media personality, bestselling author, and on his past adventures as a journalist for National Geographic.
RELATED