An international consortium of scientists report sequencing the full genome of a man who lived 45,000 years ago. The DNA was isolated from a thighbone found in 2008 in a Siberian town called Ust’-Ishim. Published in Nature, the study beats the previous record—from a boy who lived 24,000 years ago—for the oldest known modern human genome sequenced.

Besides demonstrating the continually growing prowess of sequencing technology, this study revealed new characteristics of early humans and how they compare to modern humans from Eurasia. For example, by noting the differences in the sequence of the genome, the scientists were able to calculate that one to two new mutations occurred each year over the past 45,000 years.

What’s more, the scientists found that this man (and presumably the group he belonged to) was equally related to Asians and Europeans, making his group a common ancestor. It is generally accepted that Homo sapiens first evolved in Africa about 200,000 years ago and then migrated into the Middle East and beyond. The Ust’-Ishim man’s group lived after this exodus out of Africa but before humans split into distinct populations in Europe and Asia.

And perhaps unsurprisingly, the researchers were able to identify Neanderthal DNA in the 45,000-year-old genome. In recent years, we have learned quite a bit about the history of Neanderthals and how they relate to modern humans. Last year, scientists reported the complete sequencing of a Neanderthal genome from bone found in Siberia.

Although we previously knew that humans and Neanderthals did interbreed, this new genetic information reveals just how extensively. With the finding of Neanderthal DNA in the Ust’-Ishim man, scientists now approximate that up to 2% of the DNA in modern Europeans and Asians comes from Neanderthals. However, because no evidence exists that Neanderthals lived in Africa, people of African origin do not have Neanderthal DNA.

These new revelations about our past are fascinating, and they show how we are no longer solely dependent on archaeological or anthropological data to understand our ancestors. So, what advances in sequencing technology have led to this explosion of genetic data?

Sequencing ancient DNA is more challenging than sequencing DNA from a living person—most obviously because it is difficult to find intact sources of ancient DNA. After they die, animals begin to decay very quickly unless they are preserved well. Often, this means preserved in cold climates. Actually, one side effect of climate change is that the disappearance of ice from some parts of the globe has unearthed many well-preserved animal, plant, and even viral samples. 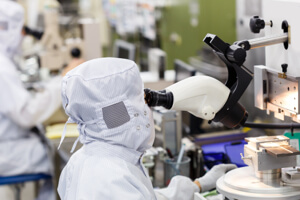 Another challenge is reducing contamination by modern DNA, whether it comes from the scientists doing the work or from DNA left over in the laboratory from prior samples. Therefore, many researchers who work on sequencing ancient DNA go to great lengths to ensure that all the tools and the laboratory itself are decontaminated to a level not usually necessary when dealing with DNA from modern sources.

One recent advance is an enrichment method called whole-genome capture. It involves the use of RNA probes that are based on current human DNA. To eliminate the capture of contaminating DNA (mostly from microorganisms) that is invariably present in ancient tissue samples, the RNA probes will only bind to small fragments of ancient human DNA.

Next, magnetic tags attached to proteins that bind the RNA probes allow the isolation of as much ancient DNA as possible from the limited samples. The researchers who developed this particular method report that they could previously only isolate and sequence about 2% of the ancient DNA available in any given sample. However, using the RNA probe method allowed them to increase their reads to up to 59%.

Such improvements in sequencing technology will extend our reach into the past, revealing who our ancestors were and how they mingled. Sequencing ancient microorganisms might also help us understand what kind of evolutionary pressure they exerted on us and how we evolved in response. Some believe we may even eventually resurrect recently extinct species by piecing together their DNA Jurassic Park style.

It seems that rapidly advancing genomic sequencing technology (combined with falling costs) is not only poised to impact our future—but may also construct a clearer picture of our past.