Scientific research of the body is broken, says Jessica Richman, cofounder and CEO of uBiome.

Our data is narrowly focused on a subset of humans—western, educated, industrialized, rich, democratic (WEIRD) people. Sample sizes are small (200 people is considered a good study) and study results are closed to the public.

This is problematic because a limited number of brains are using limited data to come to broad conclusions about our biology. But that’s changing. Speaking on a panel at the 2014 Exponential Medicine conference, Richman described how uBiome—the firm studies bacteria living in and on the human body—relies on crowd science to study the microbiome.

Participants use a kit ($89 to $399) to take samples at home and send them in for examination. After analysis in the lab, the results are released to the public—participants get them, scientists get them, uBiome gets them.

“We get big data from bacteria,” said Richman, who is also a 2012 alumnus of Singularity University’s Graduate Studies Program. 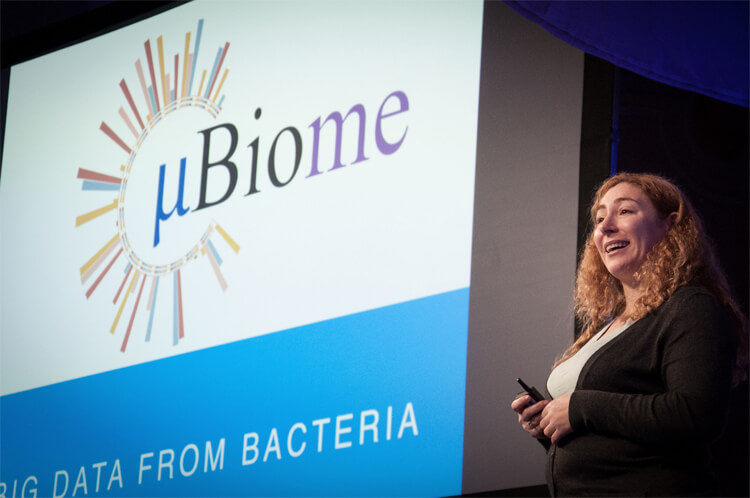 In theory, uBiome’s model allows data to be sourced from across the planet, from developing and developed countries alike. There’s no need to set up a clinic—each individual’s home becomes the clinic. For much the same reasons, the population contributing data can grow beyond a few hundred individuals to hundreds of thousands or millions.

And critically, because the information is made free after it’s collected, analysis doesn’t have to confined to an exclusive group of scientists. Today, the world has seven million scientists, Richman said. “What if we had seven billion scientists?”

There are other reasons broader studies like those Richman is describing make sense.

Larry Smarr, founding Director of the California Institute for Telecommunications and Information Technology and UCSD computer science professor, said most clinical trials focus on disease only after its reached an advanced stage.

Ideally, we want to watch disorders over time, as they progress from the very earliest moments on. But you can’t know who will develop what and when. The solution, he said, is tracking large populations of healthy people over time. Some will get sick and you’ll have data not just after they’ve shown symptoms and been diagnosed, but well before that.

Smarr said we aren’t there yet, but data gathering and analysis tools are moving quickly, and we’re moving into an era of big science. “Now, if you’re not looking at 100,000 people, you’re not in the game.”

Richman thinks, as crowd science becomes more accepted and wide swathes of information are collected and made available, some research initiatives may begin to look a bit like YouTube. No one channel will dominate—anyone will be able to do an experiment.

Tune into the live stream now or check out videos from Exponential Medicine 2014.