Future of Work: Why Teaching Everyone to Code Is Delusional

Since 2005, I’ve been grappling with the issue of what to teach young people. I’ve written curricula for junior high students in the US, for a UNICEF program reaching students in a dozen countries, and now, for East African young people as they become financially literate and business savvy.

Through the years, I’ve watched program directors demand young people focus on foolish content because it lined up with something trending in the public discourse—units on climate change; modules about using social media to share stories; lessons on agricultural policy; and so forth.

What have I learned? The attention of a young person is tremendously valuable. We should stop teaching them whatever makes us feel good and get honest about the next fifteen years. 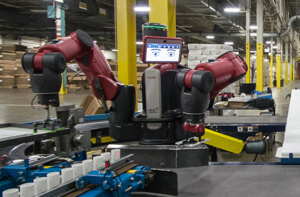 You may have noticed almost weekly stories in major media outlets about technological unemployment, robots taking our jobs, and the disruptive power of machine learning and artificial intelligence. This is raising public awareness about the transformational decay of the human work-for-pay economy—and it underpins the prevailing enthusiasm for training young people in science and technology.

Globally, much attention has focused on STEM (Science, Technology, Engineering and Math) over the last decade or so, with computer science and code receiving ever greater emphasis.

But talks and articles cheerleading the strategy of teaching young people how to create this new technology are a kind of anodyne reaction: a facile solution that supposes that everybody can just build and make and code their way out of the coming joblessness and social restructuring.

A recent TED talk by one of the Code.org team is called “Computer Science Is for Everybody,” and it’s wrong.

Hadi Partovi learned how to code at exactly the right time and rode his abilities to the American Dream. That trajectory is available to a smaller and smaller percentage of Earth’s population. He mentions that robots will be flipping burgers and driving trucks; but he misses the point that algorithms are on the way to writing better algorithms too. (See Jeremy Howard’s “The Wonderful and Terrifying Implications of What Computers Can Learn.”)

Recently in Senegal, a young man who I worked with told me he was enthusiastic about learning to code. He didn’t know what programming language to learn, and his math and logic skills aren’t strong; but he’s got the message: young people should code their way to prosperity.

The reality, however, is that he’ll have a hard time competing.

I routinely work with freelance programmers through sites like Freelancer and oDesk. The technicians on these sites often work in large teams, and with no means of unionizing, they drive each other’s prices through the floor. That Senegalese man has very little chance of out-bidding or out-performing any of the large and numerous tech houses throughout Asia. Nor does he have a good chance of picking the right language and mastering it before it is replaced by something else.

Most people who don’t have a particular aptitude or passion for formal logic and this sort of hyper-structural planning are unlikely to find themselves a livelihood trying to catch up with the bleeding edge of technologies that are developing at ever faster rates.

While Hadi Partovi does clarify that he supports computer science because of the logic, problem solving and creativity that it imparts—it’s still not the optimal way to introduce these concepts, especially in many of the world’s poorer and least well-equipped classrooms.

Because we think the world’s population is going to grow by nearly 3 billion people on the African continent within the next 35 years (see Hans Rosling’s excellent talks on the demography of 2050), we can’t brush off the challenge to our teaching and learning priorities that this context presents.

It brings us to the question that I’ve been wrestling with for a decade: If I have the attention of a classroom of young, poorly educated, low-income citizens of the world for three hours a week over the next six months, what is the absolute most important thing that I can teach them? 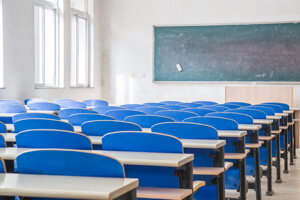 I’m a pragmatist, so I might rephrase that question: Is there anything I could teach this class of students that will actually confer an advantage upon them, which helps them to become more secure and better able to meet their needs and those of their families?

I think there is. But it isn’t trying to anticipate what professional skills will be in demand four years later.

Darlene Damm recently wrote about the social entrepreneur network Ashoka’s decision to prioritize the teaching of empathy—a well-reasoned priority. Expanding empathy is an unbeatable way to increase the likelihood of peaceful behavior and the strengthening of communities. I would certainly place it ahead of coding or any other STEM-related pursuit.

But what can we pair with this empathy education to make sure that we are still imparting practical skills and not just avoiding future discord—how can we plan for flexibility in the face of change?

When we don’t know what course of studies will lead to the highest salary in a few years, we can pivot and ask: What dependencies and expenses can I reduce and eliminate so that these humans are more free to seek out and capitalize on the opportunities unique to their environment.

It’s easier to anticipate the needs of people than the needs of industry and any educator who really wants to make broad statements about what is good for “everybody” needs to keep that in mind.

The trend of urbanization has made many people (most of them young) ever more dependent on supply chains that are out of their control. They look to others for their water, food and energy, spending what little money they make on goods and services that they could produce for themselves (in community) with minimal commitments of time and capital. 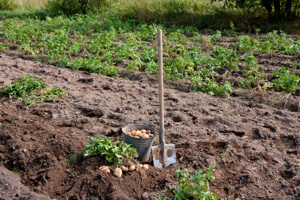 There are agro-ecological design strategies for every climate that help bring people (quickly and affordably) to a position of food, water and even energy self-sufficiency. These design strategies are specifically optimized to take as little time and require as little maintenance as possible, and they radically increase community resilience in the process.

Indeed, a recent study by the United Nations Environmental Program (UNEP) essentially determined that widespread adoption of small scale organic farming is the only way for the continent of Africa to pull itself out of poverty. The type of food production being emphasized here is intensive, localized and highly productive; it increases biodiversity and makes careful use of water, whether rainfall or waste product. A few eye-opening success stories can be found here.

A nation full of coders would have no advantage over a population that has met its own basic needs in this fashion, and as educators and theorists of the future, we should look at ways of increasing personal and communal resilience as fast as possible. 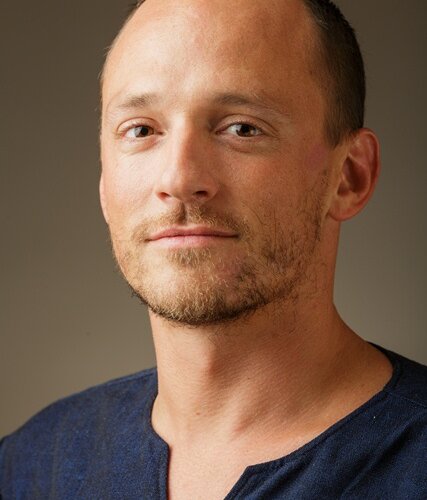 Nathaniel Calhounhttp://codeinnovation.com
Nathaniel Calhoun helps guide Singularity University’s approach to changemaking and impact as a founding member of its Global Grand Challenge Faculty. He moderates Executive Programs for SU and is the Director of Global Grand Challenges for SU’s 10-week Global Solutions Program. Nathaniel closely tracks innovations in governance technologies, emerging decentralized and cooperative business models as well as the highly disruptive trend of platform cooperatives. He specializes in helping businesses and governments to understand how to leverage and prepare for the growth of these and related trends. Nathaniel is actively creating and implementing digital technologies at a global scale to help alleviate poverty and to drive business literacy and digital and financial services in Sub-Saharan Africa and South East Asia. He does this work through CODE Innovation, a consulting company he founded in 2007 to help development work organizations like UNICEF and DfID to use web and mobile technologies more effectively in their education programming. Code Innovation has received a grant from the Bill & Melinda Gates Foundation to further develop their Self Help Group digital platform. This project is scaling its user base by 9000% in 2017. Nathaniel has two decades of experience in the field of education, training, facilitation, moderation and teaching. He takes particular interest in the threat of technological unemployment and in the differing forecasts and solutions that humanity is offering around this issue. After living and working in Africa for nearly a decade, Nathaniel enjoys helping organizations to think through their strategies with new and emerging markets.
RELATED