A few years back, at an event held at Stanford, Facebook’s Mark Zuckerberg told the audience: “I want to stress the importance of being young and technical. Young people are just smarter.”

This quote got fairly heavy play in the media, coming at a time when cries of ageism were running rampant in Silicon Valley. Not that these cries were undeserved. Everyone from Reuters (who produced a special report on the crisis) to the New Republic to the Harvard Business Review has documented the Valley’s serious youth preference, but one thing lost in the fuss is the undeniable fact that Zuckerberg has a point.

Or sort of has a point.

First off, let’s admit that a portion of Silicon Valley’s youth movement is a money-saving ploy. Older workers cost more. Now, of course, the thinking used to be that older workers had more knowledge and experience and that was worth the extra expense. That thinking has changed.

And this brings us back to Zuckerberg’s sort of point. It’s not that young people are smarter. In fact, there’s a pretty significant pile of research indicating that they’re dumber.

Some of this is just basic biology. The brain never stops growing—meaning, until our much later years (where cognitive decline plays a role) we are hard-wired to get smarter as we get older. This also means that our skills, both hard and soft, continue to improve with age (as long as we keep practicing). 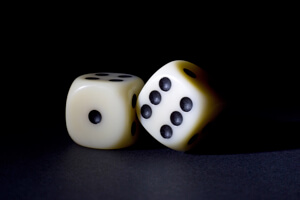 But there is one talent that does decline over time—our willingness to take risks. For evolutionary reasons, risk-taking peaks between the ages of 17 to 27, then drops off precipitously. And this brings us to a strange truth: What Zuckerberg is really saying is that risk-taking is so important to business success today, that it is better to sacrifice the improved skills, enhanced problem solving abilities, and considerable emotional control that comes with age, for the risk-philic-ness that is a by-product of youth.

Why? It comes down to the blitzkrieg speed of business today. Think of it this way, all information technologies are now accelerating at exponential rates. These are the most powerful technologies the world has ever known—AI, robotics, nanotechnology, neuroscience, computers, networks, sensors, 3D printing, synthetic biology, to name but a few—and they’re accelerating at rates far faster than anything seen before.

As a result, in today’s business climate, disruption is coming from every direction and at every moment. This is why, according to research done at the Babson School of Business, 40 percent of today’s Fortune 500 companies will be gone in 10 years. It’s also why risk-taking matters so much.

In an environment of radical change, staying competitive requires rapid iteration and ceaseless innovation. This means trying out crazy ideas and taking big chances and now, not later. Why? Because, at hyper-speed, if you’re not doing these things now, there won’t be a later.

Said differently, Silicon Valley isn’t ageist. Instead, they’ve realized that unless organizations have the ability to take big risks and experiment ceaselessly, they’re not going to survive. This is why they’re willing to trade the mental advantages of age—improved skills, enhanced lateral thinking and far greater emotional control—for the impertinence of youth.

This also means that if older workers can train up their ability to take bigger risks, then they would add the benefits of youth to an already advanced skill set. And, because this skill set only comes online with age, this can’t work in the opposite direction. All of which is to say, if today’s older workers start flexing their risk muscles, then today’s business youth movement will become a thing of the past.

If you want to learn more about the importance of risk-taking in business, check out my latest book: Bold: How To Go Big, Create Wealth and Impact the World.