The Growing Precariat: Why We Need a Universal Basic Income

There is an adage in economics known as ‘the lump of labor fallacy’. It is that technological change is destroying jobs and generating rising unemployment. It rests on an image of a finite number of jobs. In 1809, the Luddites destroyed machines seen to be putting them out of work. Ever since, their action has been cited as disproving the unemployment effects of technological progress.

To be fair to the Luddites, their actions should rather be interpreted as a protest against the destruction of a way of life that had generated social stability and community respect for traditional forms of workmanship.

Today, we have something similar. Technological innovation is more rapid and broad-based than in any previous industrial revolution, much of it linked to Silicon Valley and the entrepreneurial dynamism of its denizens.

Jobs are indeed being destroyed. The jeremiahs are out in force. “The end of work,” they shout. “Jobless growth!”

This is nonsense. What is happening is more subtle and potentially liberating, but also potentially generating a dystopia of socially unsustainable inequality, in which a growing share of the population will be mired in chronic insecurity, through no fault of their own.

This is not a time for smug libertarian mantras about meritocracy and the bracing effects of competitiveness. If what is happening is allowed to continue without imaginative new social policies, our society will be blighted by millions of people living wretchedly insecure lives and reacting accordingly.

Globalisation, technological change, and government policies have produced a class structure with a tiny plutocracy of billionaires coexisting with a dwindling salariat, with employment security, pensions and paid vacations, and a rapidly growing precariat, living bits-and-pieces lives, without occupational careers and experiencing declining real wages. Telling the precariat that they must obtain more schooling and training is disingenuous. Millions are currently over-qualified for the labor and work they can expect to be doing.

The reality is that the income distribution system of the 20th century has broken down, and it will not come back. Real wages in the US and in other rich countries will continue to stagnate and fall. More people, however hard they try, will earn incomes that will not enable them to avoid poverty and insecurity. They will find it impossible to insure against that insecurity.

Do not think they will be underemployed in the conventional sense. An irony of recent labor market developments is that the precariat has to do more and more work, much of which is unrecorded, unrecognised and unremunerated. 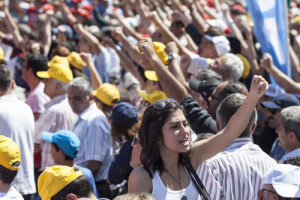 One aspect is the converse of automation, which should be called, rather ungainly, heteromation. We understand we live through electronic gadgetry, but it generates time uses like nothing ever before. Some of that is play and entertainment. But for the precariat in particular, much of it is hard work. It includes networking, retraining, upgrading skills, seeking paid work opportunities, keeping up to date in one’s own field of work, and regularly applying for benefits or services needed for survival.

Most of that activity is not desired as leisure; it is necessary work.

This is why it is ludicrous to say that the new technology is destroying work per se. One challenge is to identify ways of limiting the imperative to be wired up in activities that are distracting and destructive of the reflective self. We need a ‘politics of time’. Those electronic gadgets are wonderful and should not be criticised for the fact that so far most of us remain dominated by their incessant demands on our time.

The politics of time must include measures to enable people to feel more in control of their time, which means they must feel less insecure. Chronically insecure people easily become irrational. This is why the politics of time should include moves toward a society in which everybody, in principle, should have a universal basic income as a right. This means every man, woman and child should have a modest monthly basic income, without imposing arbitrary behavioral conditions and not being dependent on marital, sexual or work status.

It is affordable, especially in a society in which billions of dollars are spent on giving affluent folk subsidies for which they have done nothing. There should be a bonfire of such subsidies; they distort market mechanisms, promote inefficiency, and are regressive.

A basic income would help people be more rational, more long-term in their outlook, and more prepared to take entrepreneurial risk.

It would not reduce labor supply. This was shown by our pilots in India, in which we were able to provide over 6,000 men, women and children with a basic income for 18 months and monitor what happened by comparison with a larger number not provided with one, through a randomized control trial. It has also been shown in experiments in the US, Canada and several European countries. 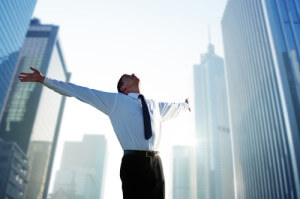 The simple fact is that people with basic security work harder and more productively, not less.

A basic income would also modestly reduce income inequality. It would strengthen individual bargaining capacities and thus reduce exploitative pressures. Basic security has also been shown to induce a greater sense of altruism and to make people more tolerant of those different from themselves.

A basic income would not be a panacea to all our social ills. That is why it should be part of a Precariat Charter, as argued in my recent book. It does recognize that it is practically the only way to provide basic (not total) security and reduce income inequality while promoting that most precious of objectives, republican freedom, the freedom to be undominated by bureaucrats or figures of autocratic authority.

We must realize that the growing structural inequality is socially unsustainable and increasingly immoral. We must change that if we are to produce a Good Society fit for the 21st century, in which all of us have a life of dignity, freedom and self-control. People with basic security are likely to have the confidence to defend and enhance freedom not only of themselves but their relations, friends and neighbors.

That great proselytizer of America, Alexis de Tocqueville, would have liked that. 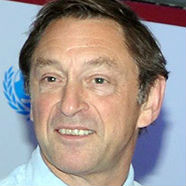 Guy Standinghttp://www.guystanding.com/
Guy Standing is Professor of Development Studies at the School of Oriental and African Studies (SOAS), University of London, UK. He has previously been Professor of Economic Security at the University of Bath, UK, Professor of Labour Economics at Monash University, Australia and Director of the Socio-Economic Security Programme of the International Labour Organization. He is co-president of the Basic Income Earth Network. His recent books include The Precariat: The New Dangerous Class (2014), Work after Globalization: Building Occupational Citizenship(2009) and Beyond the New Paternalism: Basic Security as Equality (2002).
RELATED