“Man becomes, as it were, the sex organs of the machine world…”

A standard assumption of technological progress is that new innovations are born in our mind, and we humans choose which of those visions to bring into existence. We imagine stuff, we want stuff, we build stuff, and repeat.

We assume that our brains are the center of the innovation universe.

But just as Copernicus’s sun-centered model of our solar system taught us how physically marginal our place in the cosmos really is, a new class of techno-philosophy is similarly displacing our understanding of technological innovation. 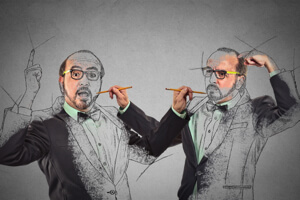 Susan Blackmore has spent a career studying memetics—the idea that Darwinian principles of natural selection can explain which memes (ideas, beliefs, and patterns of behavior) get passed from one brain to another. As humans evolved the ability to imitate one another, we became our planet’s top species at exchanging memes along with our genes.

Since there are far more memes than human brains that can carry them, ideas compete for our attention and only those that successfully grab hold of our limited brain space get copied and shared. The “selfish” copying principles of Darwinian selection have shaped the very culture of ideas that govern humanity.

Memes are the very bedrock of innovation, the raw ingredients of cultural and technological progress. New genres of music, better methods of making a car, and new programming languages are all memes that can now ripple across the globe. In Blackmore’s view, humans are simply meat-wagon carriers exchanging and reproducing our memes. We are our planet’s meme-machines.

In a controversial New York Times article, Blackmore suggests that we are witnessing the rise of an entirely new system, which she calls “temes” or technological memes. She writes, “Temes are digital information stored, copied, varied and selected by machines.”

She goes on to reference new computer algorithms that recombine old texts to create mashups of poetry and essays. The internet world was also recently stunned by “free-associating” Google computers that combine stored images into acid-trip dreamscapes. These Google “dream-bots” continue to blur the lines that separate human creativity from the domain of machines. 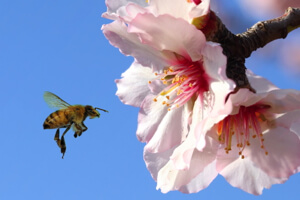 Blackmore’s framework suggests that we don’t “choose” where innovation takes us any more than a bee might “choose” which flower to pollinate. “We humans like to think we are the designers, creators and controllers of this newly emerging world but really we are stepping stones from one replicator to the next.”

So, if we’re just the fleshy repositories for ideas to cling to, where are they taking us?

Kevin Kelly, co-founder of Wired magazine, approaches this question in his book What Technology Wants. Kelly proposes that technology itself behaves like an organism. It’s an emerging kingdom of life powered by the same forces of natural selection that made us.

Kelly says it’s important to note how misleading the word technology can be. Most of what our brains impulsively refer to as “technology,” things that have blinking lights or computers inside, showed up only decades ago.

Technology as Kelly defines it, “that which extends the reach of its maker,” is much older; half a billion years at least. Remember, that eagles make nests and beavers build dams. An eagle’s nest is “bird technology.” 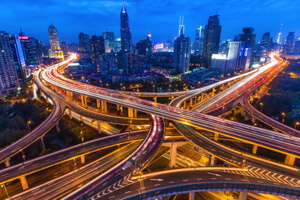 It’s easy to see the massive eagle’s nest humanity has built for itself when landing in any big city. Those copper-wired poles along the roads are delivering the conditions for life to those cement boxes. As Terence McKenna has said, “Technology is the real skin of our species.” We depend on a shell of technological stuff, from the oven that heats your food to the wires connecting it to your kitchen’s power to the plastic wrapping preserving your meal.

The totality of these and all other technologies is what Kelly refers to as the technium; a metaphysical super-organism as ancient as we are with desires as real as our own.

Consider highways and roads that humanity has built for itself. Kevin Kelly-ian thinking suggests that roads aren’t the result of humans wanting them to exist, but rather they’re here by the technium’s wishes. This makes sense considering roads are our civilization’s arteries, delivering meme-carrying bodies from house to office. The birth of roads accelerated our species ability to exchange and reproduce our ideas, which in turn sustains the growth and maintenance of our “eagle’s nest.”

We didn’t build those roads, the forces of evolution did.

We’ve assumed that since technology bends to the human experience, we’re in control of our destiny. Blackmore and Kelly force us to reflect whether we’re really in control. Perhaps we’re just the puppets to a cosmic force of change that is older than we imagine, and wherever it’s going—we’re just the hands used to get it there.