A trailblazing educational technology initiative backed by Bill Gates, Mark Zuckerberg and the World Bank has been stopped in its tracks by the government of Kenya.

When it launched in 2009, Bridge International Academies served just a few thousand, fee-paying primary school students. They’re already serving nearly 120,000, and they planned to open 100 new academies this year. But the Ministry of Education has put a freeze on the opening of new “non-formal” schools while they try to work out the regulations that will govern the sub-sector.

This is a very significant moment with implications for educational technology, development work and global investment. 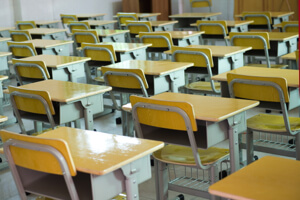 Many have praised the Bridge International Academies and held them up as an example of the finest innovation in educational technologies. The company allows entrepreneurs to open a primary school as a franchise, while automating most school administration functions.

Because the script for each lesson is meticulously timed out and supplied on tablets, Bridge academies are able to hire people without teaching experience. Accordingly, they can pay their teachers just 12,000 Kenyan Shillings a month (which works out to about $5/day) compared to the average primary school teacher salary of 16,000 Kenyan Shillings per month (which is about $7/day). (Coincidentally, many Kenyan primary school teachers are currently striking for higher pay.)

If you take a look at the average wages of Kenyan workers across a variety of sectors, you can see that Bridge International Academies are offering a lower monthly salary to their untrained teachers than is paid to, for example: night watchmen, tailor’s assistants, and dough makers.

Their co-founder laments that the economies of scale that would let them offer tuition at $5/month is predicated on their ability to reach 500,000 pupils (and obviously, on their ability to pay 25% less for their labor force than government schools do). In spite of expanding to Nigeria, India and Uganda, Bridge International Academies has yet to achieve profitable scale, which means investors will have to wait a bit longer for their financial return.

Or do they? One of the company’s biggest assets will certainly be the mountain of data that it gathers about its pupils—longitudinal data about more than 100,000 children throughout their developmental process. The value and sensitivity of that data may be another reason that the Ministry of Education has called a time out to reconsider their regulatory framework.

Most governments in the world are going to find themselves in a position like Kenya’s. 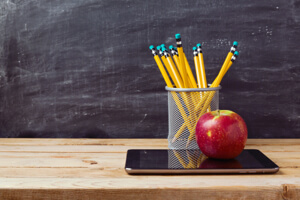 We need to watch closely to see how this moment is handled. Do investors and international agencies applaud the government’s prudence, sympathize with the difficulty of keeping up with regulations in a fast growing sector and perhaps even offer assistance and cooperation in drawing up sensible and agile new laws? Or will investors like the International Finance Corporation and the Overseas Private Investment Corporation flex their muscles and ensure that domestically protective regulation is blocked, delayed or weakened?

Those invested in the roll out of educational technologies should take a cautionary note from their counterparts who believe in the transformative power of genetically modified organisms (GMOs). GMOs have become the poster child for technology moving faster than regulation.

Both technologies are meant to simplify the work required of the labor force, while advantaging a centralized (and centralizing) approach to business that tends also to concentrate financial returns in global companies. Much of the resistance to GMOs comes from the heavy-handedness of their advocates and the sentiment that they were ultimately disempowering for many who adopted them.

This moment is not about the results of the academies, it’s about the implications of a way of doing business that gains such an advantage from the judicious use of powerful new technologies that it can start to overwhelm the public sector in a relatively short amount of time.

Let’s hope that impatience to profit does not spoil the opportunity for a meaningful discussion of regulations that are up-to-date with technological reality. Good luck, Kenya! Government ministries around the world should be watching you closely.