For a decade or more, many people have understood that educational technologies are likely to change how we teach and how our schools work. People can also see how medical technologies will impact the health care system or our own wellness. But technologies that transform governance are neither as widely discussed nor as well understood. That’s about to change.

Just as early waves of technological innovation in education and health care simply attempted to digitize old practices — putting an analog class into a MOOC or a patient’s file into the cloud — early forays into governmental technology involved bringing civil services online and enabling citizens to follow government protocols on websites instead of in buildings. 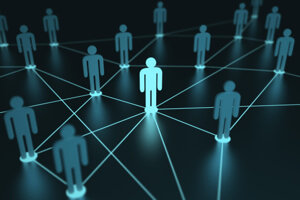 But just as later waves of edtech and medtech started to modify how power works within those systems — generally giving the learner or the patient more information about herself and control over her experience — so too are new governance technologies preparing to reroute lines of authority and change what it means to be a citizen in the 21st century.

Motivated businesspeople and community organizers, software developers and politicians are starting to affiliate with one another across national lines, co-creating a fast growing (and largely open source) ecosystem of technologies that help people to make better decisions in groups that are ever more adaptive and less hierarchical. Some innovators focus on building cooperatively owned tech platforms to challenge wealth-concentrating unicorns like Airbnb or Uber. Others are helping teams to build consensus and budget together, dynamically and elegantly. Still others are creating operating systems for political parties that are already winning seats in government.

Alanna Krause is a thought leader, networker and business woman in this space. In New Zealand, she’s helped build some pioneering software applications for digital governance and helped to conceptualize and grow a cooperative of technological innovators that is likely to serve as a blueprint for similar communities. She tracks the conferences and developments in this disruptive new technical arena and feels confident we have an opportunity to make the future of governance much brighter than the present.

She made time to answer some questions for us about why these new governance technologies are worth tracking and how we can learn more about them.

Which technological innovations make you most excited about the future of governance and what makes them special?

I’m most excited by cultural technologies (social practices and tools) and how they are augmented or inspired by digital technology. Whether we’re facing climate apocalypse on Earth or colonizing Mars, the deciding factor between human civilization being extractive and oppressive, or cooperative and generative, will be how much we as a species have practiced the skills of equitable collaboration on a day-to-day basis — hearing diverse viewpoints and synthesizing them, consciously understanding the flows of power dynamics, and designing in the key factors of human wellness. We can’t wait until the apex of the crisis, or of the opportunity, to begin practicing — we have to do it now.

Human beings have been sitting in circles listening to one another for millennia, but software and the internet allow us to scale up these practices in a way we never have before.

Digital technology that emerges from groups already working in highly collaborative ways has the power to scale and transmit these skills. That’s the underlying philosophy of the software I work on, which has direct application to governance, such as Cobudget for funding and Loomio for decision-making.

Human beings have been sitting in circles listening to one another for millennia, but software and the internet allow us to scale up these practices in a way we never have before. And then people, in turn, are inspired by the networked, peer-to-peer way information technology works, and a virtuous cycle kicks in. Many of the worst aspects of command-and-control, mechanistic, hierarchical governance are consequences of limited communications technologies. If we can make distributed cooperation just as efficient, the need for those old governance forms — which cause a lot of human suffering in the name of efficiency — could be obviated.

So the question is, what gets transmitted and scaled? Is it digital/cultural technology designed by extractive, profit-maximizing, proprietary companies, which make software with those same characteristics, or is it tech from open, collaborative, pro-social communities and networks governed in those ways? That’s our choice to make.

What will the difference be between the future of governance and the future of business? Will the same method or code be used for running cooperatives, companies, and cities — or is there a fundamental dividing line between one user type and the other?

The key difference is: are you privatizing everything, or are you building the commons? The real distinguishing factor isn’t the governing practices, which may be similar to a point, but the governing purpose. Are we building in service of the people and the community, deeply rooted in social values and human rights, or are we in service of private interests, which only answer to their own internal logic of profit and power?

Already, in our network, Enspiral, where we run businesses in service of positive social outcomes, we constantly have to ‘hack’ company structures to make them reflect how we actually want to work. We’re sticking to the law, of course, but there’s some legal gymnastics involved and we’re constantly having to blaze a trail. Are we a community? A company? A charity? None of the current forms actually quite fit, and the distinctions seem contrived.

This goes for everything where we need to intersect with the outside world — bank accounts, boards of directors, employment contracts — we have to add a layer so we can interface, but inside we’re operating quite differently.

One of the protections against government corruption in democracies is that the moment of the vote is hidden and blind. When an individual can use new governance technologies to summon a dashboard of her votes, might that make her more vulnerable to coercion from people who can verify whether or not she is voting the way that they want? Is anybody thinking carefully about how to get around this issue?

In our current political system, it makes sense that hidden votes are so important. But the very idea that our key moment of agency as a citizen is ticking a box every three or four years is the insane part. Putting the act of voting online doesn’t actually change anything about the underlying dynamic, and I think it’s a red herring.

Instead of talking about how we’re going to prevent corruption in the digital equivalent of the same old system, can we talk about the transformative power of deliberative democracy?

Our ‘democratic’ system is another example of something developed a couple hundred years ago because of very limited communications technology — election dates in the US are still determined by how long it took people to go on horseback between cities.

What’s actually incredible is when you create a society where people not only feel safe being open about their political opinions, but they genuinely discuss them with different people, and their opinion can evolve through that interaction — they can change their minds. When citizen deliberation is possible, that’s when truly amazing solutions can emerge, from synthesizing different views.

Let’s talk about direct citizen engagement, instead of electing some person that got on the ballot through a broken, convoluted process in the first place, to play a crazy politics game that has almost nothing to do with representing you, the box ticker. Our ‘democratic’ system is another example of something developed a couple hundred years ago because of very limited communications technology — election dates in the US are still determined by how long it took people to go on horseback between cities. We can do so much better.

Is there anybody trying to build these tools for and with people in poor countries or vulnerable communities? Who’s working out the value proposition (and the UI/UX) for the several billion poorest people on earth?

Those several billion people are creating their own solutions all the time, and it’s up to us to learn from them. They are experts in their own situations, and we stand a lot to gain by listening.

What can users of SMS-enabled mobile banking in Africa teach us about how our apps could work? People in warzones and disaster areas know a ton about decentralized networks, because centralised infrastructure fails them. Activists threatened by oppressive governments have heaps to teach us about privacy, identity, and leveraging online communications tools for effective action and resistance.

We have a lot to learn from people close to home who are on the ground working with the most marginalized communities in our own neighborhoods. Often times these are people using extremely “low-tech” solutions, but they are experts in reaching the hard to reach, and designing services that can meet people where they are. I was inspired when I went to the Participatory Budgeting Conference last year — most people in this space are running completely analog processes using technologies like neighborhood meetings and science-fair like exhibitions of citizen-generated ideas. They are willing to pound the pavement.

Probably the best way to learn about how things work in less than ideal environments is to go live there yourself.

Through our experience at Loomio working on accessibility, I’ve learned that making the software work better for visually impaired people, deaf people, users of assistive technology, and people who speak all different languages makes the software better for all users. For me, this mode of thinking — how can we understand the way different people experience the system and lower the barriers to engagement — is the heart of social justice and good software design alike.

Probably the best way to learn about how things work in less than ideal environments is to go live there yourself. Recently I participated in POC21 — over 100 hackers took over a disused castle outside Paris for six weeks and tried to create a functional and sustainable mini-city using open source hardware, digital manufacturing, and collaborative social process. We had to build the electricity, internet, kitchen, showers, everything. It was of course just a facsimile of a real post-climapocalypse reality, but living it myself was an invaluable learning experience. We ended up launching a Cobudget group so the community could continue collaborating after we scattered around the globe again.

If readers want to keep track of important developments in governance-facilitating technologies, who should they follow or what should they read?

We have a pretty vibrant blog called Enspiral Tales, and you can also check out the Loomio blog. The P2P Foundation is an incredible chronicler of the movement, and their magazine Commons Transition. Also check out OuiShare and Shareable for more in this space.