10 Most Exciting SciTech Advances of 2015

As we near the end of 2015, here are my top 10 picks for 2015 technology breakthroughs. These genius inventions are sending us careening into a world of abundance, bold visionaries and accelerating exponential change. My team and I reviewed over 100 prospects as we created this list.

And the countdown is… 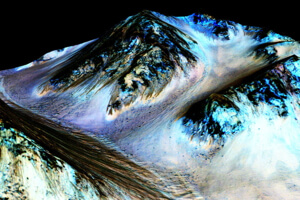 What happened: This year, NASA announced that their “Mars Reconnaissance Orbiter (MRO) has provided the strongest evidence yet that liquid water flows intermittently on present-day Mars.” Using an imaging spectrometer on the MRO, NASA identified hydrated minerals with patterns unique to flowing water.

Why it’s important: Based on what we know about living organisms, you need to have water to have life. In my opinion, our next Mars mission, scheduled to land on Mars in 2020, will discover that life exists there now. This is just the beginning of a much larger initiative around the Red Planet. Once we detect life we will determine if it is identical to that of Earth (based on the same coding system, DNA) and whether it has a common origin. 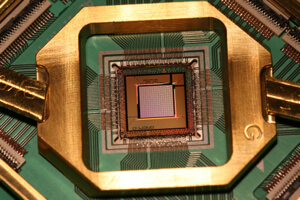 Why it’s important: As Moore’s Law continues to power exponential improvements in computing power and capacity, advances in quantum computing and other new computing mechanisms will help overcome current limitations and accelerate even more. These advances will be critical as we develop more advanced artificial intelligence systems, virtual simulations and optimization problems. 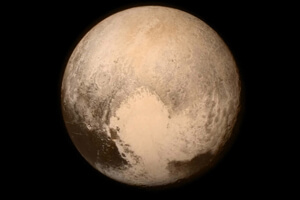 What happened: NASA’s New Horizons probe completed the first ever reconnaissance mission of Pluto. New Horizons “launched on Jan. 19, 2006; it swung past Jupiter for a gravity boost and scientific studies in February 2007, and conducted a six-month-long reconnaissance flyby study of Pluto and its moons” — discovering four new moons orbiting the planet.

Why it’s important: This mission will help us understand the worlds at the edge of our solar system, and perhaps the origins of our own world. Moreover, this mission represents a triumph of our culture of bold exploration — the United States has been the first nation to reach every planet in the solar system with a space probe. New Horizons will help us answer basic questions about the surface properties, geology, interior makeup and atmospheres on these important bodies. 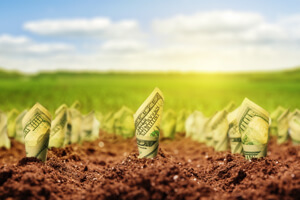 What happened: In October, the U.S. Securities and Exchange Commission (SEC) voted on and passed rules to implement Title III of the JOBS Act — giving non-accredited investors the right to invest in companies via crowdfunding. Via the ruling, companies can now offer and sell securities through crowdfunding platforms like Crowdfunder.com and Angel.co.

Why it’s important: This ruling could unleash trillions of investment dollars now locked up in personal savings, IRAs, and investment accounts that sit around and basically only finance large companies in the public market. This capital will go on to fuel thousands of bold entrepreneurs who want to tackle the world’s most difficult problems or take the biggest moonshots. By aligning incentives, early investors will be able to participate in the upside of successful companies. 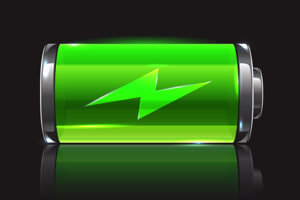 What happened: This year, research teams, universities and startups made strides in advancing battery technology. Soon, we will begin to see batteries that charge in seconds, last months and even charge over the air. Laser-made supercapacitors are 50 times faster than current batteries, more durable and discharge even slower than current supercapacitors. Companies like Prieto are using copper foam to create 3D structures in batteries, resulting in longer life, faster charging, five times higher density, and are cheaper to make and smaller than current offerings. Tesla released their Powerwall to store solar energy in homes. The list goes on.

Why it’s important: Battery technology is critically important (and remains a key limiting factor) for the development of exponential technologies and computing devices. As our computers become more complex and distributed, so too do our demands for efficient and reliable sources of power. These developments will enable the convergence and distribution of key technologies like robotics, sensors, networks, AI, 3D printing and more. 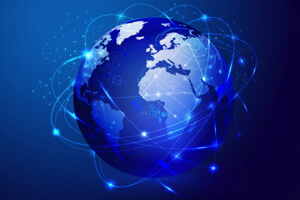 Why it’s important: We will grow from three to eight billion connected humans, adding five billion new consumers into the global economy over the next five years. These “rising billions” represent tens of trillions of new dollars flowing into the global economy. And they are not coming online like we did 20 years ago with a 9600 modem on AOL. They’re coming online with a 1 Mbps connection and access to the world’s information on Google, cloud 3D printing, Amazon Web Services, artificial intelligence with Watson, crowdfunding, crowdsourcing, and more. 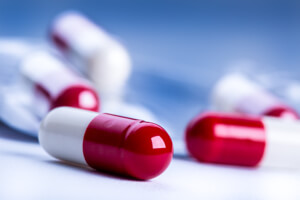 What happened: A team from Northeastern University has discovered a new way to isolate antibiotic chemical compounds from microbes in soil, using an electronic chip to grow and control the microbes. The team discovered that one compound, Teixobactin, is highly effective against common bacterial infections.

Why it’s important: The discovery of Teixobactin, “could pave the way for a new generation of antibiotics” because of how the team discovered and processed the drug. As we move closer to a world of abundance, drug resistance will become a surmountable challenge as we develop new ways to fight and resolve these problems. “Teixobactin shows how we can adopt an alternative strategy and develop compounds to which bacteria are not resistant.” 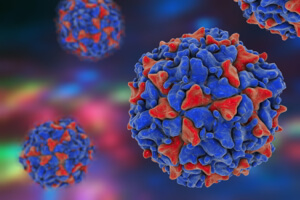 What happened: This year, doctors used a genetically re-engineered polio virus, PVS-RIPO, to treat glioblastoma — a brain tumor that carries a life expectancy of less than a year. Unlike other experimental treatments in the past using HIV, measles and smallpox, researchers from Duke found that polio actually seeks out and attaches itself to receptors that can be found on almost every solid tumor. Not only was this reengineered polio virus successful in seeking out and poisoning cancerous cells, but it also steered clear of normal cells.

Why it’s important: Advances in exponential technologies like synthetic biology and genomics are reinforcing the notion that previously unresolvable diseases (cancer, heart disease, Alzeimer’s) are in fact resolvable. We are developing solutions to these problems at an accelerating rate, and as we usher in an era of personalized medicine, we will see a dramatic increase in the healthy human lifespan. At my company Human Longevity Inc, our mission is to make 100 the new 60. 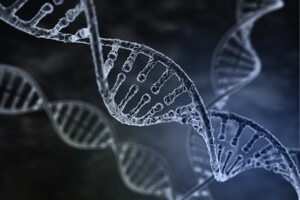 What happened: This year, a research team out of Guangzhou, China reported that they’d been able to edit the genomes of human embryos using CRISPR-Cas9 — a new gene splicing technique. Also this year, scientists from London’s Francis Crick Institute applied for approval to edit genes in human embryos. If approved, it will be the world’s first approval of such research by a national regulatory body.

Why it’s important: CRISPR stands for Clustered Regularly Interspaced Short Palindromic Repeats. It is a strand of DNA that was found in 1987 to be part of a bacterial defense system. It turns out that we can actually use this same mechanism to target and splice specific strands of our DNA — in other words, the CRISPR/Cas system is a way to **edit** our genome. It is cheap, quick, easy to use, and more accurate than previous methods, and as a result, we will soon have the tools to eliminate diseases, create hardier plants, wipe out pathogens and much, much more. 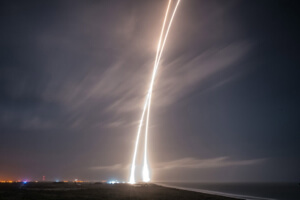 What happened: SpaceX successfully recovered the first stage of the Falcon 9 Orbital Launch Vehicle, bringing it back from near orbital speeds and altitude back to its point of departure at Kennedy Space Center.

Why it’s important: This is an accomplishment that the traditional launch industry had said was impossible. Because the first stage has 9 or 10 engines, this allows SpaceX to basically reuse over 80% of the vehicle’s parts, and significantly reduce the future launch getting to orbit. It is a game-changer and a new era of spaceflight. Making the first stage of Falcon-9 reusable is a step towards major demonetization of the space industry.