Does life exist beyond Earth? Scientists have a few reasons to be optimistic.

For one, there are an estimated 100 billion billion Earth-like planets in our universe. That should get most people’s hopes up. Further, we’re finding evidence of liquid water all over the solar system, and the one thing we know about life on Earth is the need for water.

This post explores the probability of extraterrestrial life and what we’re doing to find it.

This is Part 4 of our Space GGC Series focused on important issues facing us now:

Part 1: Our Home Among the Stars
Part 2: The Race to the Moon and Mars
Part 3: Asteroid Detection and Mining
Part 4: The Search for Extraterrestrial Life

The following information was curated from excerpts of previously published Singularity Hub articles on space exploration. Though this series isn’t intended to be all-inclusive, we hope collecting a few key developments and insights in one place will deliver a broader view on the field. Special thanks to Aaron Frank, Jason Dorrier, and Peter Diamandis for their works quoted here. 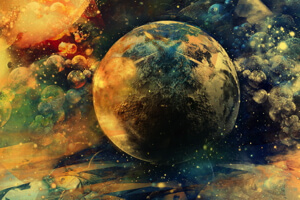 Where Are the Aliens Already?

“Within just a single generation, powerful telescopes, satellites, and space probes have given us tools to explore the structure of our universe. And the more we find; the more we discover how fine-tuned it could be for life. At least in our own solar system, organic compound-glazed comets drift everywhere. Some scientists suggest that one of these life-triggering ice balls crashed into Earth billions of years ago, delivering the conditions for chemistry and biology to take root. If the rest of the universe is similarly structured, we should be inside a life-spawning factory of a universe.

Even the most conservative NASA estimates say our universe has 500 billion billion stars like our own, and orbiting those suns are another 100 billion billion Earth-like planets. That is 100 habitable planets for every grain of sand on Earth. That’s trillions of opportunities for some other planet to grow life.

For argument’s sake, if even just a tenth of a percent of those planets capable of supporting life harbored some version of it, then there would be one million planets with life in the Milky Way Galaxy alone. A few might even have developed civilizations like our own, and cosmically thinking, if even just a handful of alien civilizations have advanced beyond our current level of technological progress, humanity should be waking up to a universe like the world of Star Trek.

But so far, no Ferengi, Klingons, Vulcans, Romulans—nobody.

Enrico Fermi, an Italian physicist, pointed out all of this weirdness in an observation that was later named for him: “the Fermi Paradox.” The paradox highlights the contradiction between the high probability that life would emerge in our universe, and the utter lack of evidence that advanced life exists anywhere else.” 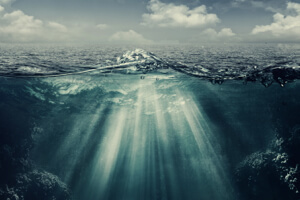 “When scientists looked at Mars through early telescopes, they saw a fuzzy, rust-colored globe scored by mysterious dark gashes some believed were alien canals. Later, armed with sharper images, we scoffed at such naiveté. Mars is obviously dry as a bone and uninhabited. Now, with a great deal more information from rovers and satellites, we believe Mars was once wet. As for life? The jury’s still out.

It shows how much we still have to learn (and are learning) about our solar system. Not too long ago, we only suspected one ocean of liquid water beyond Earth (on Europa). Now, thanks to robotic explorers, like NASA’s Dawn and Cassini missions, we’re finding evidence of oceans throughout the solar system.

Why do astronomers care so much about water? As far as we know, water (especially liquid water) and life go hand in hand. This is one reason our hunt for exoplanets focuses on the “Goldilocks zone.” This orbital area is at just the right distance from a host star to allow liquid oceans like those found on Earth.

But life, at least the simplest forms, may survive in more environments than once believed. Indeed, even on Earth, life is ubiquitous, from scalding volcanic vents to frozen wastes. And we may not, as it turns out, need to travel light years to find extraterrestrial oceans or observe our first alien life forms. The proverbial backyard may suffice.

Scientists say there may be subsurface oceans on dwarf planet Ceres and a number of outer solar system moons, including Jupiter’s Europa, Saturn’s Enceladus, and Neptune’s Triton. Some even suspect a subsurface ocean on Pluto. [Editor’s note: NASA’s New Horizons mission visited Pluto last July. Astronomers are still analyzing the data, but on a related note, there are hints Pluto’s moon Charon may once have had a subsurface ocean—though it’s long since frozen.]

The potential for so much liquid water in our solar system recently led NASA’s chief scientist to declare, “I believe we are going to have strong indications of life beyond Earth in the next decade and definitive evidence in the next 10 to 20 years.” She isn’t expecting complex life. But news of even a few nearby alien microbes would expand the number of nooks and crannies life might inhabit throughout the galaxy.” 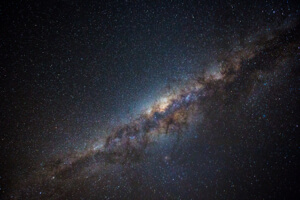 The $100 Million Search for Extraterrestrial Life

(Excerpted from “Are We Alone in the Universe? The $100 Million Search for an Answer” by Peter Diamandis)

“Launched in 2009, Kepler is a NASA space observatory designed and managed by NASA Ames (Mountain View, CA) as the first step to discovering life in our universe.

The Kepler mission was “designed to survey our region of the Milky Way galaxy to discover hundreds of Earth-size and smaller planets in or near the habitable zone and determine the fraction of the hundreds of billions of stars in our galaxy that might have such planets.”

The mission has been wildly successful and is still imaging the sky as we speak, despite the fact that Kepler was only commissioned to last until 2013.

Pete Worden, former director of NASA’s Ames Research Center at Moffett Field, has been tapped by Russian billionaire investor Yuri Milner (founder of mail.ru), to run the Breakthrough Prize Foundation — with the assignment of running a $100 million effort to find extraterrestrial life.

In 2015, alongside Professor Stephen Hawking and an esteemed board of scientists, Yuri Milner announced an unprecedented $100 million global Breakthrough Initiative to reinvigorate the search for life in the universe.

It is the biggest scientific search ever undertaken for signs of intelligent life beyond Earth.

That wraps up Space and Technology Review Part 4. If you haven’t read them, check out Part 1, Part 2, and Part 3.