Last month, a Philadelphia-based biotech company kicked off a clinical trial that pushes the envelope of what it means to be dead.

Armed with ethical approval from the IRB at the Anupam Hospital in India, Bioquark is recruiting 20 patients who have been clinically deemed brain dead from severe traumatic brain injury.

With an arsenal of cutting-edge, if mysterious, treatment techniques — stem cells, bioactive molecules, brain and spinal cord stimulation — the team hopes to revive parts of the patients’ basic brain functions, with the eventual “holy grail” goal of returning the ability to breathe on their own.

The anticipated deadline for measurable results? A short 15 days.

Let that sink in.

If your first reaction is incredulity, you’re not alone. What is this, The Lazarus Effect, Frankenstein, The Walking Dead? Some sort of viral campaign for an upcoming horror flick?

Not quite. A horde of zombies may not be in our future, but Bioquark’s goals are to cheat death. Here’s what the stunningly ambitious ReAnima project plans to do.

The Tricky Business of Defining Death

We often think of death as flipping a switch: one minute you’re there, the next minute it’s all lights go out. 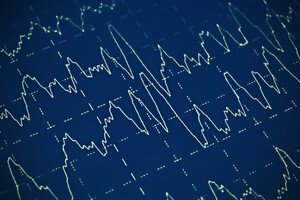 But this is a simple caricature of the dying process: even after heartbeat and breathing ceases, sparks of brain activity often linger. In some cases, even deeply comatose patients — unable to breathe on their own — can maintain simple reflexive responses. Their brain waves, however slight or erratic, are still measurable by EEG.

Brain death, in contrast, is final. The diagnosis signals a complete and irreversible destruction of the brain, including the brain stem. Brain dead individuals aren’t comatose or in a vegetative state. They have no hope for spontaneous recovery. They’re dead.

In many countries around the world these subjects are classified as “living cadavers,” explained Ira Pastor, the CEO of Bioquark to Singularity Hub. But there’s a problem with the definition.

In theory, brain death is a highly objective, rigorously defined medical state with tremendous legal implications. After all, we view brain dead patients as beyond rescue — time to pull the plug, to consider organ donation, to say our final goodbyes.

But in practice, brain death is not so cut and dried.

A major reason is that “irreversible death” is very much technology dependent. For many centuries, a lack of breathing and heartbeat were hallmarks of death, but the invention of life support machines and resuscitation methods blurred that line.

Given historical precedent, who can say that brain death is truly irreversible?

Although brain death may seem like a medically advanced definition of death, its criteria were first coined in the late 1960s, long before neuroscience dove into serious research about consciousness and personhood.

As such, brain death doesn’t take into account recent technologies and findings of modern neuroscience, such as measuring neurotransmitter release. 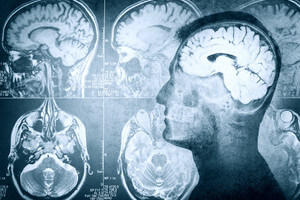 The process of diagnosing brain death is similarly archaic. A doctor may prick the patient’s nailbed to check for pain, see if carbon dioxide triggers spontaneous breathing, use electroencephalography (EEG) to detect signs of electrical activity in the brain.

Yet none of these measures can definitively tell us if there’s no coming back.

Although irreversibility lies at the core of brain death, it isn’t measurable, says Pastor. In rare cases, doctors are wrong. Over the past few decades, there have been a few dozen cases of spontaneous revival in brain dead patients, mostly children and young adults. In one particularly mind-boggling case, a young woman successfully gave birth after being diagnosed as brain dead.

“Although controversial and resulting in poor prognoses, we believe [these] cases highlight that things are not always black or white in this area of severe disorders of consciousness,” says Pastor.

That’s our main impetus for embarking on this niche program, he says.

How do you jumpstart a dead brain?

The subjects in our study suffer from severe and widespread neuronal death, explained Pastor. The integrity of axons — long projections that neurons use to communicate with one another — disintegrates, and normal signal processing breaks down.

One fix is to try and salvage what’s left, like fixing a broken headset by reconfiguring existing wires. But any attempt at rebuilding a dead brain will likely require working replacement parts — newly grown brain cells to replace those lost to injury. What’s more, the cells will need a favorable environment to help them grow and integrate into existing brain circuits.

Bioquark is focusing on both.

The team’s “secret sauce” is a combination of bioactive molecules and mesenchymal stem cells (MSCs). MSCs exist in almost all tissues, and have been used in cell replacement therapies for nearly 10 years. Although not yet fully tested in humans, preliminary studies in rodents with traumatic brain injury showed that transplanted MSCs integrate into the brain and help to enhance motor and cognitive recovery.

By studying the extreme end of brain damage, Pastor believes that the team will gain unique insights into the workings of a dying brain.

Stem cell transplantation is nothing new, but Bioquark wants to take it one step further: with a variety of bioactive molecules, the team hopes to establish a microenvironment in the brain that allows “epimorphic regeneration,” the process of regrowing a missing body part.

When adults suffer a physical injury, such as losing a finger, our bodies respond by forming scar tissue. The default response is repair, not regeneration.

During early human fetal development, however, tissue injury kicks off a massive and highly coordinated response that steers the body away from inflammation and scarring. Rather than getting a nasty scar, the human fetus can rebuild lost tissue, much like planarian flatworms regenerate severed heads (and potentially retain memories from the last head!).

Much of this process involves attracting massive amounts of local cells to help rebuild the tissue. And they’re not just stem cells either. In many cases, mature cells are “de-differentiated,” in that they lose their identity and convert back into a stem cell-like state. In this way, the body “recycles” these cells to support tissue regeneration. 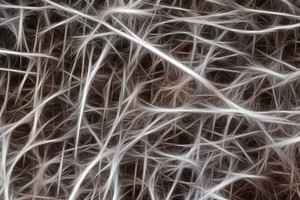 It’s a process that happens naturally in the human fetus, says Pastor. So, we asked — what if we could mimic this process and force the adult brain’s default response to change from repair to regeneration?

Previous research at Bioquark found that this rebuilding process relies on bioactive molecules that can be extracted from amphibian egg cells.

The extracted bioactive components, mostly microRNAs and proteins, can reprogram damaged cells into a stem cell-like state, wrote the team in a 2014 patent.

In fact, stem cells are somewhat secondary players — there’s plenty of concern they may be overhyped. Our core focus is on these morphogenic extracts, explained Pastor.

That said, relatively little has been published on the lead chemical extract, a mix of bioactive molecules with the esoteric name BQ-A, in animal models of brain death.

The problem is that such models are few and far between, and some of them are quite exotic, like poisoning pigs with carbon monoxide, explained Pastor. We steered away from these models and instead focused on traumatic brain injury and spinal cord injury models in our preliminary studies, he said.

The current trial will be the first that directly tests the power of these extracts to help reboot the human brain.

Pastor stresses that the study is designed to look at very basic brain stem function after treatment — an electrical whisper here, a puff of neurotransmitter there.

In addition to cell-based therapies, Bioquark also plans on using brain stimulation techniques to supplement BQ-A. These treatments, including median nerve stimulation and transcranial laser stimulation, are often used to treat cases of coma and other severe disorders of consciousness with varying degrees of success.

Why use such a big combination of different techniques? Wouldn’t Bioquark want to know, right off the bat, what’s working and what’s not?

The current big pharma model of disease intervention has two severe flaws as I see it, explains Pastor. One is the heavy focus on treating late-stage symptoms rather than the initial cause. Another is the reductionist approach to reduce any disease to a single cause, and therefore, a single drug solution.

“Epimorphic regeneration in nature is multi-faceted and involves many mechanisms operating in synergy,” says Pastor. “To undertake such a complex initiative, there is obviously no ‘magic silver bullet’ (and most likely will never be), hence the combination protocol concept.”

Pastor stresses that the study is designed to look at very basic brain stem function after treatment — an electrical whisper here, a puff of neurotransmitter there.

“While full recovery…is indeed a long-term vision of ours…it is not the core focus or primary end point of this first study,” says Pastor. A near future “holy grail” is the resumption of independent respiration, he added. 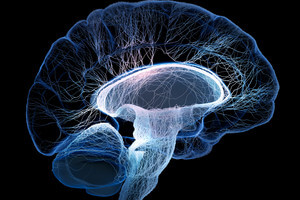 In other words, we won’t be seeing the brain dead awake and alert anytime soon.

But looking ahead, if the treatment works, we may run into the thorny philosophical question of personal identity. As bioethicist Dr. Anders Sandberg mulls at The Conversation, “it is not hard to imagine that the treatment would not restore the brain completely: memories, personality and functions might be scrambled, lost, or replaced with newly-grown tissue.”

In that case, the original person wouldn’t benefit from the treatment — they would be replaced with someone similar, but other.

But that’s a scenario far in the future, one that may not ever happen. After all, the proposed therapies are highly experimental, and the brain’s regenerative powers — though remarkable — may be prohibitively finite.

Yet Pastor sees value in the venture even if the trial fails.

“Needless to say it is a very untouched area of discovery and development. Even if you scan outward to the wider class of the ‘disorders of consciousness’ it is an area that has very few therapeutic interventional studies of any type occurring,” says Pastor.

This is especially obvious when compared to more “traditional” neurodegenerative disorders, such as Alzheimer’s or Parkinson’s, he says.

By studying the extreme end of brain damage, Pastor believes that the team will gain unique insights into the workings of a dying brain — insights that may ultimately help a range of degenerating central nervous system conditions.

“We feel the ‘trickle down’ learnings will be invaluable to all of these diseases,” he says.