“I can’t wait to see the art that people make with this.”

Those were the first words from my friend Ryan after spending ten minutes in virtual reality. He’d just tried Tilt Brush, an incredible experience which allows the user to paint in three dimensions. Tilt Brush is a deeply meditative and powerful experience, allowing us to turn the space around us into glowing and shimmering works of art.

And it’s not just for tech obsessed uber nerds like me—Ryan is normally the first one to push back when I go on grandiose rants about the future of technology.

This time was different though—this time he got it.

A funny thing happens the first time someone gets VR. Their eyes glaze over and they start excitedly spewing out ideas for the future of VR. If they’re a musician—it’s VR concerts where you watch your favorite band playing live. For sports fans—it’s courtside seats at the NBA finals. And for gamers, well that’s obvious. We finally get to step into the game.

The Face of the Devil

As excited as I am about the future of VR, it also absolutely terrifies me. It scares me for the same reason it thrills me—its power to create deep and intense emotional experiences.

“I’ve just seen the face of the devil.”

Those were the first words my friend said after taking off the Vive. Now, this friend is no luddite—she’s a gamer. In fact, she told me about how she used to be addicted to a massively-multiplayer online role-playing game, losing days and weeks at a time to the virtual world.

“This is going to swallow people up whole and never let them go.” That was her next prediction for VR.

Virtual reality, by its very nature, has a unique hold over us because it can draw us into any world and show us any scene. When you create a movie or a song, you are capturing part of a viewer’s sensory experience. But when you create VR, you cut them off from the real world and draw them into a universe of your own creation.

Every aspect of virtual reality that makes it a potential force for positive change has a flip side. And one thing we’ve unfortunately learned from the internet is that if a technology can be used for something, it will be.

Corporations will create vacuous virtual reality skinner boxes which suck us up and don’t let us go. Fearmongers and hate groups will create lifelike simulations showing their worst predictions coming to life.

And even those with the best intentions will see their creations twisted and distorted, making it all the more critical that we design VR experiences with both intentionality and empathy.

Now let me be perfectly clear.

Virtual reality is a stunningly exciting technology, and I wholeheartedly believe that it will make us happier, smarter and more connected with others around the world. This piece is not written as a prophecy of gloom and doom, the goal is to think about the potential positive and negative applications of what we’re building and nudge it just a little bit towards the positive.

We’re going to examine three specific axes on which VR creators will be forced to make a choice.

It’s interesting to note that these three areas can roughly be categorized into different ways that VR is used and the choices that specific experience creators must make. 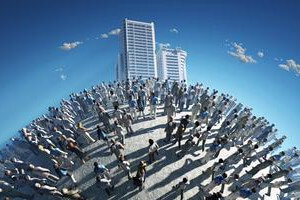 The Good: Can be used to make us feel connection with others and harness the power of presence in VR to allow for unparalleled understanding of others.

The Bad: Hateful and fearful messages will be incredibly powerful in VR. Imagine showing a simulated terror attack before a vote on allowing a mosque to be built. The sheer embodiment of VR means driving fear and paranoia is far easier than other disciplines.

The Ugly: We can’t back away from telling hard stories in VR and some experiences will be unpleasant or disturbing. It’ll be up to the content creators and the individuals to draw boundaries.

The Bottom Line: VR storytelling is a powerful tool and like any sort of media, creators should be mindful what they are making. A more powerful medium does not mean that we should hold ourselves back or censor ourselves. But it does require an extra level of thought into the potential outcomes of what we are making. 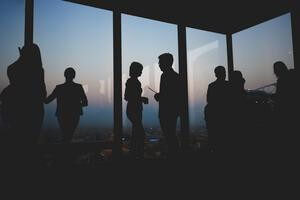 The Good: VR can create rich and powerful experiences that allow companies to create value for their potential customers in an entirely authentic and open way.

The Bad: VR marketers and salespeople can exploit our innate insecurities and worries and drive us towards frivolous purchases and poor self esteem.

The Ugly: The internet runs on data and VR produces exponentially more than web browsing. Our data will be captured, bought and sold. And to a certain extent, there’s nothing wrong with that. However, there does need to be stringent consumer protection to avoid abuse.

The Bottom Line: Within five to ten years, we’ll be interacting with brands through VR / AR for most of our major purchasing decisions. If you’re looking to capitalize on that, focus on authenticity and adding value rather than exploiting your buyer’s insecurities. 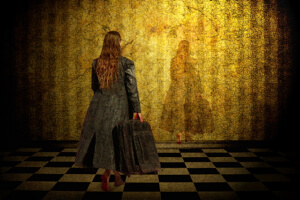 The Good: VR games are going to be incredibly fun, entertaining and deep. Games are already incredible art, and VR is going to massively increase their importance in popular culture and our day-to-day lives.

The Bad: It is incredibly easy to create soulless and empty games which draw the user in by exploiting a loophole in brain psychology known as a skinner box. I don’t want to name any names, but gaining users for these games can be as easy as taking CANDY from a baby, allowing you to CRUSH your competition. In VR, these skinner boxes can be wrapped in colorful glowing decorations and create a world which is a feast for the eyes, heroin for the brain and containing no actual gameplay, story, fun or any of the normal trappings of a game.

The Ugly: Obviously this is a fine line. Some games are thinly veiled cash grabs. But the same underlying mechanics are used throughout much of gaming for much positive benefit.

The Bottom Line: Are you creating something that makes people’s lives more fun or are you trying to maximize microtransactions? It’s already true in mobile gaming, and it’s about to be 10x as big a question in VR.

Just as mobile has come to touch virtually every aspect of our lives over the past decade, expect virtual and augmented reality to do the same. VR is going to reshape how we learn, how we play, how we socialize and how we buy.

There are no easy answers for any of these questions. The debates here range from artistic liberty to acceptable business practices to the factors that make an experience valuable. It’s something that VR developers, storytellers, investors and consumers will have to answer together.

The best we can do for now is realize the immense power that technology and media have over our stories, businesses and games—and think about the subtle choices we all make that shape these systems.

Images courtesy of the Shutterstock.com