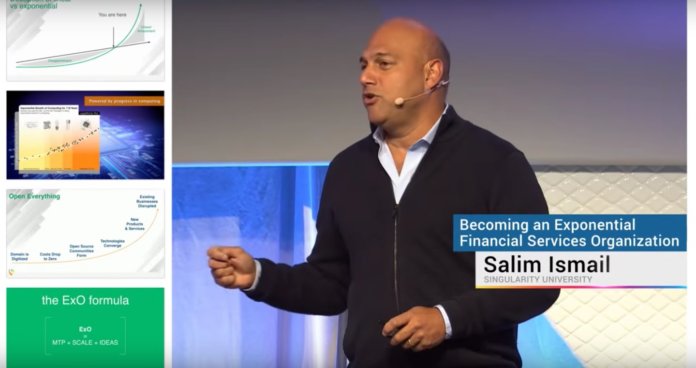 It’s tempting to dub 2016 the “Year of Artificial Intelligence.”

This is the year AI has hit the public consciousness hard. Whether calls for universal basic income in the face of an automation tsunami or alarms over the loss of privacy when everything you do can be monitored and analyzed, people are discussing and debating AI more than ever in an effort to quell their dystopian fears about humanity’s future.

Fueling the fire, it seems like every day someone is announcing a new AI beating another Turing test.

“We’re augmenting the human experience with AI, not taking away from or replicating it,” Ismail said. “We tend to overemphasize the concern. When high-speed trains first came along, doctors said that it would kill people because the oxygen would be whipped out of their mouths.”

Amidst this climate of anxiety, Google’s Deepmind made an announcement a few months back that its AI system AlphaGo had beat Grandmaster Lee Sedol in the game of Go a decade earlier than expected.

Ismail noted that this was a huge moment, an inflection point in what artificial intelligence can achieve. “Google’s Go competition was huge because we’ve not taught an AI how to do intuitive thinking. We thought previously that was only in the domain of human beings.”

To Ismail, the true challenge with advancing technologies isn’t the threats they impose, but more that society is sluggish at absorbing and making use of the technology at its current pace.

“In the 1500s, we had the Gutenberg moment when the printing press changed everything,” he said. “We have about 30 of those happening at the same time, whether its autonomous cars or drones or neurosciences or whatever.”

We’re at a critical juncture in the public conversation about artificial intelligence. Beyond the concerns, threats, and fears are a wealth of opportunities to utilize AI to improve human conditions and extend life spans. It’s simply a matter of adapting, something that is altogether human.