It’s happening: as early as later this year, the gene-editing power tool CRISPR could be used in its first ever human trial.

On Tuesday June 21, an advisory panel from the National Institute of Health (NIH) green lighted a proposal to use the game changing technique to tackle three different kinds of cancer. Scientists at the University of Pennsylvania (UPenn), who are spearheading the small trial, hope to use the technique to edit genes in a patient’s own immune cells, reprogramming them to recognize and attack cancer at the first signs of growth.

In an eyebrow-raising twist, the trial is funded by former Facebook president Sean Parker. Earlier this year, Parker announced a $250 million foundation aimed at uniting immunotherapy researchers to “solve cancer.”

But it’s not yet all systems go. The proposal still has to pass the scrutiny of the FDA and the institution’s ethics boards. That said, the federal endorsement is a huge step towards actualizing the trial. 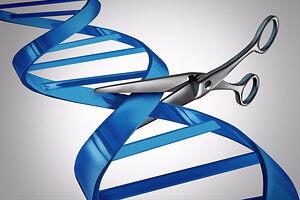 The news has taken the scientific community by storm. Although whispers of CRISPR use in humans have long circulated the field, the earliest clinical appearance for CRISPR was thought to be slated for 2017, in a trial for a rare type of blindness.

If given the go-ahead, the proposed cancer study signals that CRISPR is ready for the big stage — to battle one of the world’s most common diseases — much sooner than previously thought.

The trial is designed to test whether CRISPR is safe to use in humans, rather than its effectiveness for treating cancer per se. Proving safety is the first regulatory step to surmount before a treatment can be tested for efficacy.

Although gene editing has previously been used for cell-based cancer therapies, this trial is breaking ground in that it will simultaneously modify three different genes, something that’s been difficult to pull off.

“It’s an important new approach. We’re going to learn a lot from this. And hopefully it will form the basis of new types of therapy,” says Georgetown University oncologist Dr. Michael Atkins, who was one of the members of the advisory panel.

The proposed trial has solid scientific backing. It builds off the pioneering work by Dr. Carl June and other scientists at UPenn, who figured out a way to amp up a patient’s own immune system — specifically, a type of immune cell called a T cell — to suppress cancer.

Normally, T cells survey the body to seek out and destroy abnormal cells that may be turning cancerous. These cells often have strange proteins on their surface that alert T cells that they’re up to no good. However, in an evolutionary cat-and-mouse game, cancer cells often gain the ability to “switch off” any T cell that gets in their way, effectively blocking the attack.

Many of the most successful cancer therapies try to circumvent this response by boosting the immune system. A 2015 study led by June, who is advising the new trial, used an older, less efficient gene engineering technique called zinc finger nucleases to give T cells better ability to fight off HIV. The therapy was well tolerated in the 12-person test group.

But cell therapy isn’t without problems.

Another study reprogrammed T cells from patients with multiple myeloma to specifically recognize cancer cells. Although initially the tumors shrank, the modified T cells gradually withered and lost their ability to renew themselves.

It’s a common issue that the new trial hopes to solve.

“Cell therapies [for cancer] are so promising but the majority of people who get these therapies have a disease that relapses,” study leader Dr. Edward Stadtmauer told Nature. With CRISPR, scientists can tweak other genes that prolong the lifespan of modified T cells while simultaneously giving them better targeting power.

In all, scientists will recruit 18 patients with three types of cancer (myeloma, sarcoma or melanoma) who have stopped responding to existing treatment. The two-year trial will take place at three centers that are members of the Parker Institute For Cancer Immunotherapy, including UPenn, UC San Francisco and the University of Texas.

The researchers will remove T cells from the patients and, using a harmless virus to deliver the CRISPR machinery into the cells, perform three gene edits on them.

The first edit will insert a gene for a protein called the NY-ESO-1 receptor. This protein gives T cells the power to better recognize and home in on cancerous cells. Unfortunately, T cells have two native proteins that interfere with this process, so the second edit will remove these inhibitors so that the engineered protein will be more effective.

The third edit gives T cells staying power: it will remove a gene that allows cancer cells to recognize the immune cell and prevent the cancer from shutting off the attack.

Because CRISPR doesn’t work every time, not all the cells will get every modification. In the end, the engineered cells will be a mixture with various combinations of the proposed changes. Only 3-4% may contain all three.

After the edits, the researchers will infuse the cells back into the patients and closely monitor for any issues.

One of the biggest worries is that CRISPR might inadvertently snip other genes, potentially creating new cancer genes or triggering existing ones. Using various tests, the team plans to carefully measure the growth rate of the engineered T cells and test for genomic abnormalities.

But the outlook is bright. In a test run using T cells from healthy donors, the team checked for 148 genes that could be mistakenly snipped, and the only faulty cut they detected was harmless.

Another worry is that the technique itself could activate the body’s immune response. CRISPR uses an enzyme called Cas9, which originates from bacteria, to do the snipping. Although there are ways to protect the edited cells from the immune system, they could still be attacked.

The last concern isn’t scientific, but pertains to UPenn’s potential conflict of interest. June, who will serve as an advisor to the trial, has several patents on T cell engineering for cancer and is involved in several companies developing such treatments.

UPenn also has baggage when it comes to gene therapy trials. In 1999, a young patient named Jessie Gelsinger died during such a trial, setting the field back by decades. A later investigation found that the researchers failed to disclose side effects that they had observed in animals and that some of the investigators had a financial incentive to see the trial succeed.

That said, UPenn is taking extra precautions this time to ensure everything goes smoothly and is aboveboard. The federal advisory committee seemed satisfied — by the end of the hearing, they gave unanimous approval for the trial.

“Often we have to take the leap of faith,” says Stanford bioethicist Dr. Mildred Cho, a member of the committee.

While the CRISPR cancer trial may take the medal for “first human application,” others are hot on its heels.

Editas Medicine, based in Cambridge, Massachusetts, plans to use the tool to treat a rare inherited eye disease as early as 2017, though the company has not yet sought approval from the NIH. Another player is pharmaceutical giant Novartis. Working with June, the company wants to push off-the-shelf T cell editing treatments for leukemia towards fruition in the next handful of years.

Whether these studies get approved may heavily depend on how the cancer trial goes.

We’re excited to be part of the first clinical effort in the United States to combine CRISPR and T cell editing to treat a devastating disease like cancer, Jenifer Haslip, a spokesperson for the Parker Institute told MIT Technology Review.

A lot is riding on its success. Without doubt, the world will be watching closely.