No Technology Thrives Alone: Progress Is All About Convergence

15 years ago, Ray Kurzweil published one of the most significant essays in the history of futurism: “The Law of Accelerating Returns.” This piece showcased the immense power of exponential technology versus linear technology and became a pivotal concept for anyone trying to anticipate what the future held.

The essay predicted advances in business and technology with eerie precision, including how exponential growth would ripple through any technology that became an information technology, such as computing, biotechnology, or energy.

[ Go here to learn more about the law of accelerating returns ]

The past 15 years have shown that while some of Kurzweil’s specific predictions may or may not pan out exactly as predicted, the underlying idea of the law of accelerating returns grows more relevant with each passing week.

But as we start to look at the next fifteen years, I believe there is another concept just as significant as the law of accelerating returns that we need to understand.

The Law of Accelerating Convergence

The strangest, most interesting and magical-seeming creations of the future will occur at the intersection of multiple exponential trend lines. You might call this the law of accelerating convergence and can summarize it as follows:

If we look at any singular outgrowth of exponential tech and focus solely on it, we’re missing the vast possibility space of the ways technology is about to reshape the world.

This is a tough concept to get our heads around.

Even trying to work through the ramifications and implications of a single exponential technology requires diligent thought and the willingness to take intellectual risks. Trying to comprehend how they’re all going to affect each other is six shades of impossible.

After all, what’s more important: artificial intelligence or biotechnology? What is going to have a bigger impact on the world: nanotechnology or solar energy? These questions don’t have easy answers. There’s an insidious assumption hidden within, which is that different technologies operate independently of each other. But in practice, they don’t. The importance of biotech might hinge on a crucial development in artificial intelligence. A new solar breakthrough could come about by applying concepts from nanotechnology.

At Singularity University Global Summit, I had the chance to talk to and learn from innovators who realize that being able to capitalize on convergence is key to their continued success. They tend to start out being interested in one exponential technology before realizing that by augmenting their original strategy with elements of other exponential technologies they are able to make something transcendent.

What does this look like? Here are a few examples I came across at the conference:

So how do you get out ahead of the curve? It’s not easy. You read books. A lot of them.

You read blogs like this one. You talk to people, not just in your field, but in other fields.

There are even organizations that can help get you there.

But at the end of the day, we aren’t going to be able to predict all the effects of convergence. Not even as well as we’ve been able to write out some of the potential impacts of accelerating returns. The possibility space is too wide and the complexity too great.

Quite simply, if you’re a leader or entrepreneur ignoring the convergence points of exponential technology today, it’s like ignoring the rise of the Internet 15 years ago. The next wave of awesome and magical new inventions will be born when two or more technologies collide. 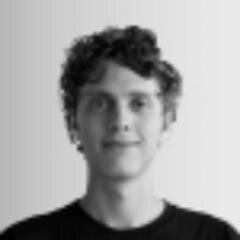