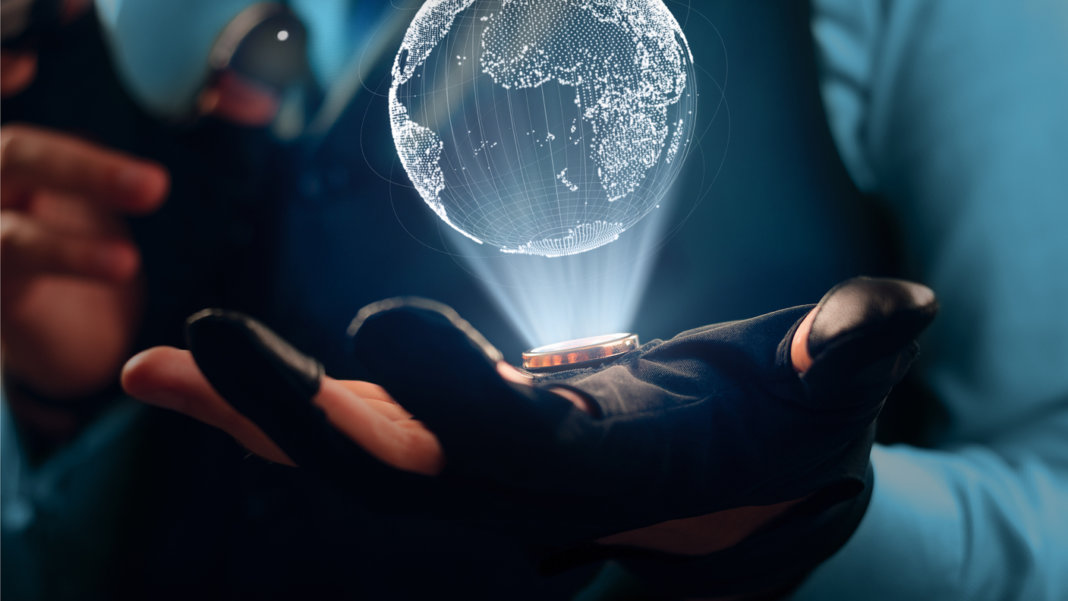 The world seems to be full of illusions—and we’re not talking about fake news from Macedonia.

Holograms appear to be all around us now. Long-dead rapper Tupac Shakur showed up at the 2012 edition of the Coachella music festival. Microsoft’s HoloLens seems akin to a wearables version of Star Trek’s holodeck, allowing its user to interact with 3D objects in an augmented reality. Startups like Edinburgh-based Holoxica can create digital 3D holograms of human organs for medical visualization purposes.

While some of these light shows are far from mere parlor tricks, none of these efforts are holograms in the sense depicted most famously in movies like Star Wars. True hologram technology is mostly still a science fiction fantasy, but earlier this year scientists revealed innovations to move the technology forward a few light years.

A study published online in Nature Photonics by a team of researchers in Korea has developed a 3D holographic display that they write performs more than 2,600 times better than existing technologies. Meanwhile, researchers led by a team in Australia claimed in the journal Optica to have invented a miniature device that creates the highest-quality holographic images to date. The papers were published within three days of each other last month.

Holography is a broad field, but at its most basic, it is a photographic technique that records the light scattered from an object. The light is then reproduced in a 3D format. Holography was first developed in the 1940s by the Hungarian-British physicist Dennis Gabor, who won the 1971 Nobel Prize in physics for his invention and development of the holographic method.

Most holograms are static images, but scientists are working on more dynamic systems to reproduce the huge amount of information embedded in a 3D image.

The difference is in diffusion

Take the work being done by researchers at the Korea Advanced Institute of Science and Technology (KAIST).

Our ability to produce dynamic, high-resolution holograms—think Princess Leia pleading with Obi-Wan Kenobi for the Jedi’s help—is currently limited by what’s called wavefront modulators. These devices, such as spatial light modulators or digital micromirror devices, can control the direction of light propagation.

It’s possible to do better by creating a complex and unwieldy system using multiple spatial light modulators, for example. But the team at KAIST came up with a simpler solution.

“This problem… can be solved by simply inserting a diffuser,” explains YongKeun Park, a professor in the Physics Department at KAIST. Because a diffuser diffuses light, both the image size and viewing angle can be dramatically increased by a factor of a few thousands, according to Park.

But there’s still one more problem to overcome: a diffuser scrambles light.

“Thus, in order to utilize a diffuser as ‘a holographic lens,’ one needs to calibrate the optical characteristics of each diffusor carefully,” Park says by email. “For this purpose, we use ‘wavefront-shaping technique,’ which provides information about the relationship between impinging light onto a diffuser and outgoing light.”

Park’s team succeeded in producing an enhanced 3D holographic image with a viewing angle of 35 degrees in a volume of two centimeters in length, width, and height.

“The enhancement of the scale, resolution, and viewing angles using our method is readily scalable,” he notes. “Since this method can be applicable to any existing wavefront modulator, it can further increase the image quality as a better wavefront modulator comes out in [the] market.”

Near-term applications for the technology once it matures include head-up displays for an automobile or holographic projections of a smart phone’s user interface, Park says. “[Holograms] will bring new experiences for us to get information from electronics devices, and they can be realized with a fewer number of pixels than 3D holographic display.”

Optics for a new age

Meanwhile, physicists from the Australian National University unveiled a device consisting of millions of tiny silicon pillars, each up to 500 times thinner than a human hair. The transparent material is capable of complex manipulations of light, they write.

“Our ability to structure materials at the nanoscale level allows the device to achieve new optical properties that go beyond the properties of natural materials,” says Sergey Kruk, co-lead on the research, in a press release from the university. “The holograms that we made demonstrate the strong potential of this technology to be used in a range of applications.”

The researchers say they were inspired by films such as Star Wars. “We are working under the same physical principles that once inspired science fiction writers,” Kruk says in a video interview.

Kruk says the new material could someday replace bulkier and heavier lenses and prisms used in other applications.

“With our new material, we can create components with the same functionality but that would be essentially flat and lightweight,” he says. “This brings so many applications, starting from further shrinking down cameras in consumer smart phones, all the way up to space technologies by reducing the size and weight of complex optical systems of satellites.”

And now for something completely different

Speaking of space exploration: What if the entire universe is a hologram? What does that mean for pseudo-holograms of Tupac Shakur? Not to mention the rest of us still-living 3D beings?

Theoretical physicists believe they have observed evidence supporting a relatively new theory in cosmology that says the known universe is the projection of a 2D reality. First floated in the 1990s, the idea is similar to that of ordinary holograms in which a 3D image is encoded in a 2D surface, such as in the hologram on a credit card.

Supporters of the theory argue that it can reconcile the two big theories in cosmology. Einstein’s theory of general relativity explains almost everything large scale in the universe. Quantum physics is better at explaining the small stuff: atoms and subatomic particles. The findings for a holographic universe were published in the journal Physical Review Letters.

The team used data gleaned from instruments capable of studying the cosmic microwave background. The CMB, as it’s known, is the afterglow of the Big Bang from nearly 14 billion years ago. You’ve seen evidence of the CMB if you’ve ever noticed the white noise created on an un-tuned television.

The study found that some of the simplest quantum field theories could explain nearly all cosmological observations of the early universe. The work could reportedly lead to a functioning theory of quantum gravity, merging quantum mechanics with Einstein’s theory of gravity.

“The key to understanding quantum gravity is understanding field theory in one lower dimension,” says lead author Niayesh Afshordi, professor of physics and astronomy at the University of Waterloo, in a press release. “Holography is like a Rosetta Stone, translating between known theories of quantum fields without gravity and the uncharted territory of quantum gravity itself.”

Heavy stuff no matter what dimension you come from.