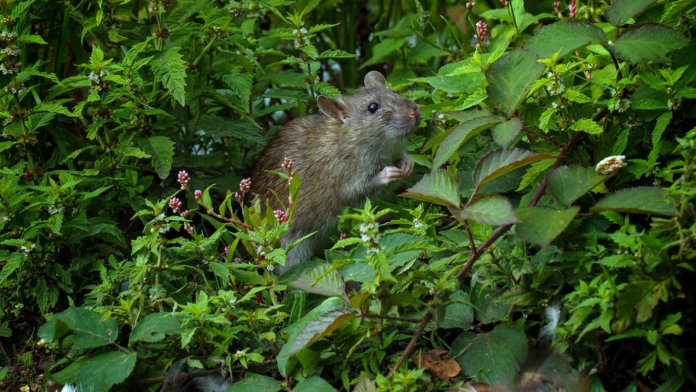 The year is 2050. The place, New Zealand. Technological advances have dramatically changed the lives of the island’s human inhabitants, but on first blush, its animals remain untouched.

Except for one curious thing: all invasive rodents have vanished from the island. Rats, possums and other predators once wreaked havoc on the country’s rare endemic species. For centuries, mass influxes of invasive species trashed agricultural productivity, spoiled the country’s pristine beauty, and brought iconic species—such as the flightless kiwi—to the brink of extinction.

But no more. In 2050, not a single invasive predator remains.

This may sound like science fiction, but it is, in fact, the goal of New Zealand’s wild new plan to rid itself of all vertebrate pests. Relying solely on traditional approaches like poison and traps is out of the question; instead, the ambitious project is developing new genetic engineering techniques to render invasive species infertile, exterminating them from within their own DNA.

The result is a powerful and somewhat alarming tool that can overhaul natural selection.

If the new gene drives prove effective and New Zealand’s plan moves forward, this marks the first use of the technology to wipe out entire local populations of an animal species.

The technology has so far mostly been tested in insects with the goal of eradicating disease-bearing mosquitoes.

Gene drives offer a way to cheat evolution. Most animals have two copies of the same gene: they can be the same, or be different variants. Now say one variant is natural, while the other one has been edited to promote infertility. When the two mix, as in the case of sexual reproduction, the offspring inherits both variants.

A gene drive seeks out the natural gene variant, cuts it out from the DNA, and replaces it with the edited infertility gene with military efficiency. This means that any offspring now only has the mutated variant, and when it breeds with a “normal” animal, the same process happens again—thanks to the gene drive, future generations will once again only have the mutated gene.

The result? When released in sufficient quantity, a mutated gene can go from one percent to 100 percent of the population in roughly 10 generations.

“In a very short amount of time, you can actually transform an entire wild population into a modified population. It’s powerful,” says Dr. Andrew Hammond, a genetic engineer at Imperial College London who works on gene drives in mosquitoes.

Gene drives were originally plagued with problems such as low gene editing efficiency. But thanks to the new tool CRISPR, it’s now relatively easy to engineer a mutation where you want it, how you want it with high precision—opening the way for scientists to adopt gene drives in mammals.

Using the technique to wipe out pests is a two-step process. First, scientists need to find a gene that increases infertility. Next, they have to ensure that the gene gets passed on through a gene drive—a rather difficult thing to do, since infertile animals don’t tend to reproduce very well.

A workaround is the Trojan female approach, spearheaded by Dr. Daniel Tompkins at the Landcare Research organization based in New Zealand. The technology works by targeting mitochondria, tiny powerhouses in cells that provide energy for sperm to swim normally.

Mutations in mitochondrial DNA seriously decrease sperm mobility and male fertility. Here’s the clever part: because mitochondria are passed down only from the mom, they can survive natural selection. In other words, moms carrying the mutations will have infertile sons, but their daughters (also carrying the mutation) would be able to breed again, producing yet more infertile males.

With sufficient time and generations, the sex ratio would be so skewed toward female that the reproduction rate tanks. Any stragglers would then be exterminated with a precise dose of rat poison, potentially delivered by biosensor-equipped drones.

Another group led by Dr. David Threadgill at Texas A&M University is trying out a slightly different approach.

His team is relying on a naturally selfish group of genes called the t-complex. Sperm carrying this complex tend to be “fitter” and thus fertilize more eggs than those that don’t.

This means that the t-complex has a natural tendency to be inherited from one generation to the next, with over 95 percent chance of doing so, explains Threadgill to Singularity Hub.

Taking advantage of this natural mechanism, Threadgill’s team tagged a copy of the Sry gene to the t-complex. Usually found on the Y chromosome, Sry is a master gene for biological “maleness”—animals that inherit it develop male sexual organs.

If all works as planned, the extra Sry gene will hitch along with the t-complex drive as sperm fertilizes egg. The result is that over 9 out of 10 offspring will have the extra Sry, and become male.

“The daughterless approach is based upon work done in insects, [but] this system is unique to mice,” says Threadgill. As of now, the system is primarily a proof-of-concept model, but the team plans to eventually test the drive’s ability to alter sex ratios in large containment areas.

The impressive ability of gene drives to shake up entire species is sounding alarm bells in regulatory agencies and among bioethicists around the world. Scientists have traditionally tried very hard to confine genetically engineered animals within labs to prevent damage to wild populations and the ecosystem at large.

But the goal of gene drives is for the mutation to spread. And the consequences are unclear.

We’re really still in the early stages of evaluating all the potential consequences, which is why we are mainly focusing on perfecting our models to better evaluate what is feasible and what challenges we are likely to encounter, says Threadgill.

And the challenges are plenty.

For one, New Zealand residents may have serious issues with adding more pest animals—genetic engineering be damned—into the environment. Even if gene drives work in mice, no one has tried to engineer them into other pest rodents such as possums or weasels. What’s more, many invasive rodents breed only once a year, which means that the drives may take years—if not decades—to work.

Given the global nature of gene drives, the project cannot move forward without international support. Last year, the US National Academies of Science, Engineering and Medicine endorsed continued research of the technology, but also stressed that there isn’t enough evidence about its unintended consequences to justify the release of a gene drive-carrying animal into the wild, at least for now.

On its end, New Zealand is convening a bioethics panel of scientists, ethicists and stakeholders to broadly identify issues. The goal is to ensure everyone is on the same page, says Dr. James Russell, a conservation biologist at the University of Auckland who is coordinating New Zealand’s pest-eradication plan, to Singularity Hub.

Island Conservation, a nonprofit based in Santa Cruz, California and partner of New Zealand’s Department of Conservation, is even more careful about the future of mammalian gene drives.

In a statement to Singularity Hub, the nonprofit stressed that they are currently conducting a comprehensive assessment on the suitability of gene drives, which range from technical feasibility to ecological risks, social acceptance to regulatory readiness and more.

Public support is even more divided. Some conservation groups, like Friends of the Earth, call gene drives “a false and dangerous solution to the real problem of biodiversity loss,” and they are hardly alone.

In the end, the potential benefits of gene drives are too large to ignore. Like any other piece of technology, gene drives aren’t inherently damaging. In fact, not deploying them, allowing malaria to run wild or native species to become extinct, may in the end cause more harm.

And there’s reason to be optimistic. So far, it looks like gene drive technology will likely move forward in the best way possible: in the public space, open to scrutiny and honest discussions about its risks and rewards.